Vanessa Woods was more than just afraid of spiders, she had a crippling fear that lasted for over three decades. It seems as if she was able to overcome the problem by watching videos of tarantulas on YouTube.

Not only is she no longer afraid of spiders but she sleeps with 35 tarantulas in her room, some of which are venomous and up to 9 inches long.

It took approximately nine months for the care assistant to gather the 35 tarantulas after she continually exposed herself to the videos online in a type of self-therapy.

The tarantulas are kept in her bedroom inside of enclosures and she sleeps only feet away from them every night.

According to Metro News, Vanessa said, “I was always one of those people who would run out of the room when they saw a spider, I was terrified of them. If one was in my house I’d have to call for someone to come and get rid of it because I was too scared to go anywhere near them.”

She added, “Now I’m absolutely in love with them, I can’t imagine my life without spiders in it, I think they’re the most amazing animals.”

Vanessa, who lives in Wymondham in Norfolk, begin watching the spider videos 12 months ago and spent many hours watching those educational videos on YouTube.

She said, “At first, the videos gave me the heebie-jeebies, but as I learned more about spiders I realized they weren’t this scary creature that I had imagined. I actually became fascinated by them.”

Eventually, she purchased a lasiodora parahybana, which is also known as the Brazilian salmon pink bird-eating tarantula.

The spider is known for its pink color and is from Eastern Brazil. Experts believe that it is the third-largest tarantula in the world. 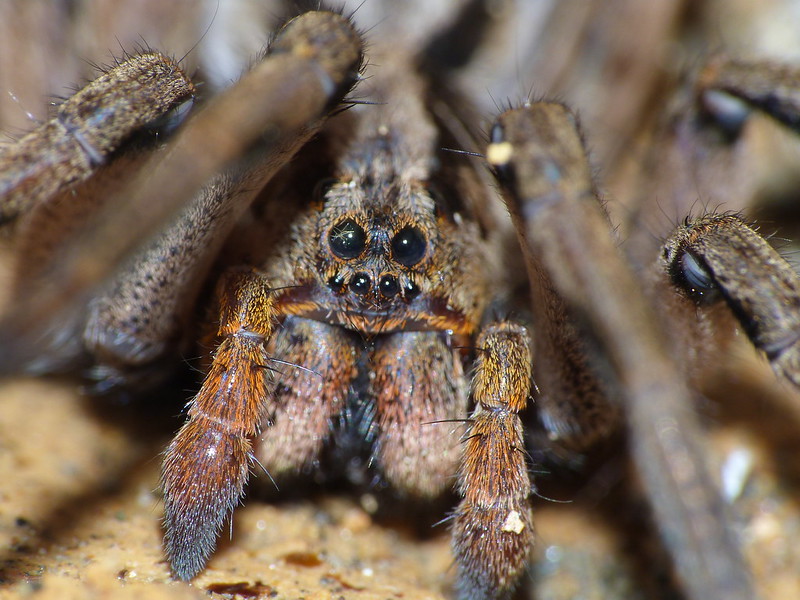 She also has Tank, a burgundy goliath bird eater that is 9 inches long. Ziggy, a Costa Rican zebra tarantula, is also in the collection.

Skitters is her most frightening tarantula, boasting a curly hair that has long bristles.

When the curly hair catches another spider, it holds it and injects it with venom through two hollow fangs.

Vanessa said, “When I think back to how I was with spiders just over a year ago, I could never have possibly imagined I’d have 35 of them as pets. I’m so happy that I was able to change my attitude and grow to love them, owning spiders is such a fulfilling hobby and they bring me so much joy.”

Vanessa considers the pets to be ‘low-maintenance.’ Some need to be fed weekly, but others can go up to 12 months without eating.