Australia’s bushfire season has claimed at least six lives and destroyed hundreds of homes. But one woman risked her own life to save a helpless koala.

The woman, who says her name is Toni, is seen in the video below taking off her shirt and rushing straight into the fire to save the poor animal. She then poured water all over the koala and took it to an animal sanctuary to get it medical attention.

More than 300 koalas are feared to have been killed this year alone. The Port Macquarie Koala Hospital has even created a GoFundMe account to raise money for the animals’ care. The hospital said that at least 31 koalas have been brought to the facility for hydration and burn treatment. 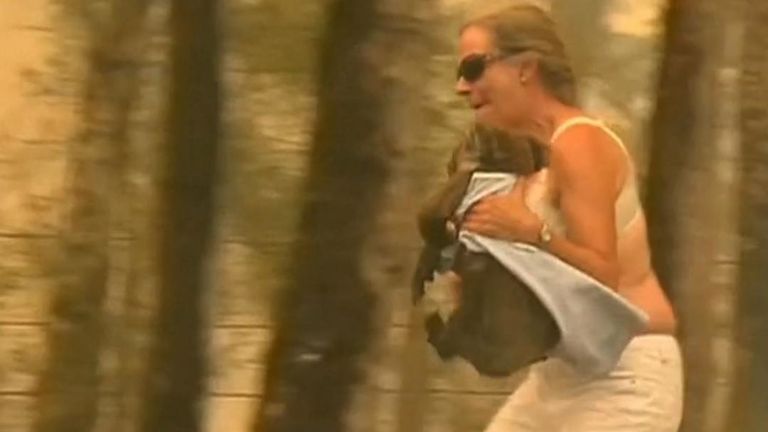 According to the Australian Koala Foundation, it’s estimated around 43,000 koalas are left in the wild in Australia. They’re listed as “vulnerable” under the Environmental Protection and Biodiversity Conservation Act.

BBC News reports that residents in the area were warned about the dangerous fire and with parts of the city recording air pollution levels that were 8 times higher than normal. Unfortunately, the conditions are only going to get worse as the fire continues raging on. 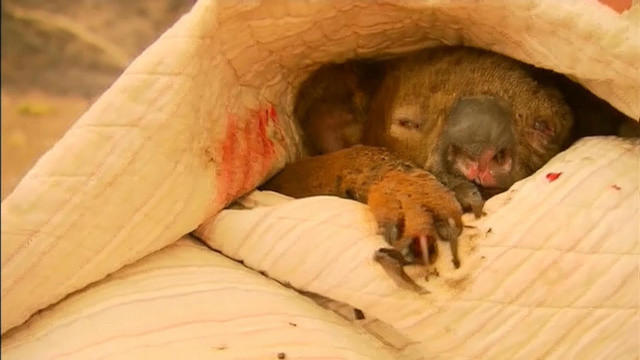