The murder of one of Yellowstone’s most beautiful and venerated white wolves continues to baffle park officials, who are now hunting for her killer.

For over a decade, the alpha female wolf of Yellowstone’s Canyon Pack ruled her territory. One of the only white wolves in the area, the “Queen of Hayden Valley” was widely recognized as a symbol of the park’s reintroduction of the species in 1995.

Her reign tragically came to an end in April, shortly after hikers discovered the 12-year-old wolf in shock and suffering from a gunshot wound. In an act of mercy, the New York Times reports, park officials euthanized the wolf, later sending the body to the United States Fish and Wildlife Service for forensics testing. 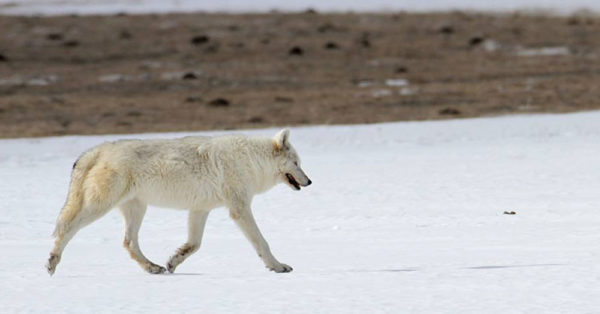 The wolf was killed illegally and a reward is being offered for her killer.

“Due to the serious nature of this incident, a reward of up to $5,000 is offered for information leading to the arrest and conviction of the individual(s) responsible for this criminal act,” Dan Wenk, Yellowstone National Park superintendent, said in a statement.

Wolf advocacy group Wolves of the Rockies is adding $5,200 to the reward.

“She lived over twice as long as the average wolf,” said Yellowstone wolf biologist Doug Smith. “She ranged across most of the park, and people got to recognize her and know her.”

The Canyon Pack leader birthed over 20 pups in her lifetime, according to NPR. Her mother was also a white wolf and leader of the Hayden Pack before her. But in her 12th year, the “White Lady,” as the Canyon Pack alpha female was nicknamed, was showing signs of age. 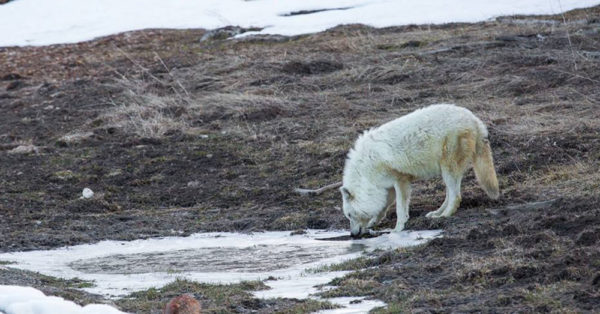 “She was doing sort of these erratic things, and she was by herself a lot,” Yellowstone wolf-watcher Laurie Lyman told the Jackson Hole News & Guide. “It was almost like she didn’t know what she was doing or where she was going.”

To Smith and other Yellowstone Park officials, the alpha female was a testament to a beautiful species, living in an area where humans could watch and study them.

“People in this world today crave something real, and our society is lacking that, and they could come to Yellowstone and see real nature unfolding in front of their eyes with this very unique personality of a wolf, and they loved her,” Smith said.

But to others, especially landowners in neighboring Montana and Idaho, the wolf is seen as a threat to livestock. Just five years ago, another alpha female, and one of the park’s most well-known at the time, according to NPR, was shot and killed after she wandered outside park boundaries.

Idaho’s wolves are now more in danger than ever. Congress removed Northern Rockies wolves from the endangered species list, a move that could result in the mass killing of hundreds of these precious animals in Idaho and Montana. Click the link below to learn how you can help.