A Wildebeest, a Crocodile, and a Hippo Walk Into a Pool…

If you’re even mildly interested in nature documentaries, it’s unlikely that you’ve come this far without being exposed to the gruesome side of things–the predator fiercely chasing after his prey, the hunted struggling for survival. I, for one, have seen a great deal of wildebeest be taken down, served up as a meal for lions, cheetahs and crocodiles. 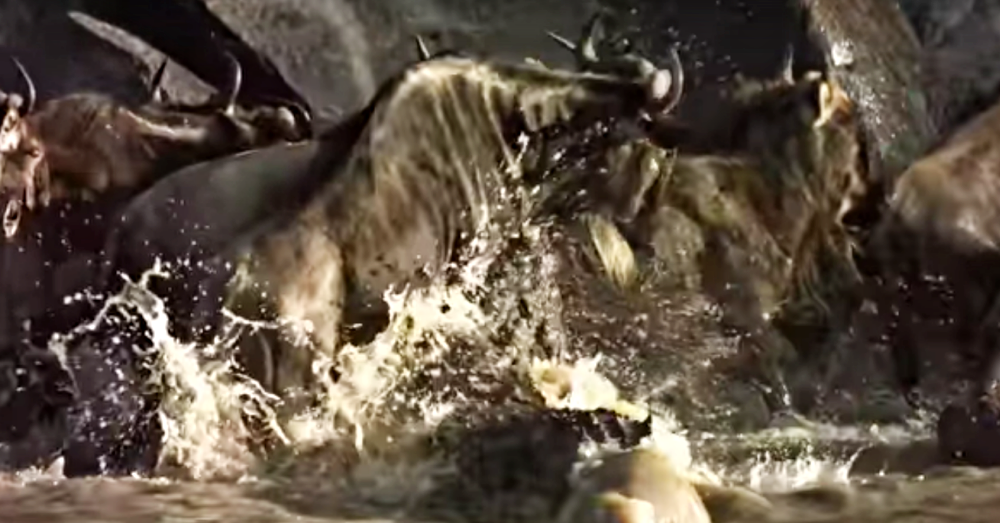 Because they’re so often depicted as prey, it may give the illusion that these animals aren’t impressive in their own right. But they most certainly are. For one, they’re large, weighing between 330 and 550 pounds. However, despite their size, they’re still really fast. Blue wildebeest can run up to 50 mph–a skill that is essential for evading their enemies. 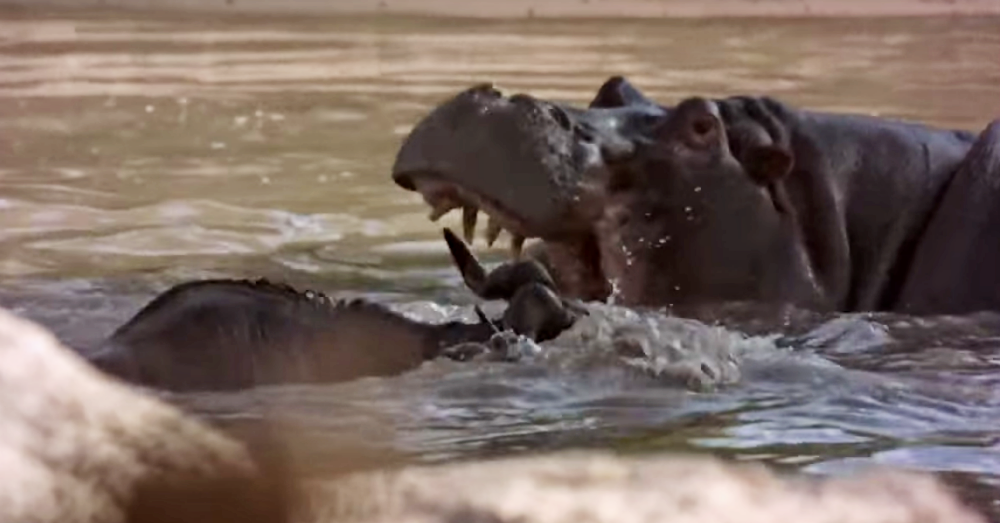 Unfortunately for the wildebeest in the video below, they’ve encountered a crocodile during river-crossing season. However, luck may be on their side. Because while a crocodile may seem menacing, it’s certainly no match for the hippo that’s less than happy to have his pool disturbed by an altercation between the crocodile and it’s thrashing prey.

Take a look at the video below to see which one of these animals benefits from the hippo’s fury: the wildebeest or the crocodile!