Why Are Toucan Beaks So Long?

Most of us are familiar with the toucan’s bill because of its bright colors. We may have even seen it on a box of Froot Loops.

At one time, Comte de Buffon considered the beak to be ‘a grossly monstrous’ and Charles Darwin felt that it was related to sexual selection. According to theory, toucans with the biggest bills would be able to attract a mate more readily and reproduce. The same was said about the plumes on peacocks.

After looking into it further, scientists now feel that the toucan’s beak helps to regulate the distribution of heat and works as a thermal radiator. Glenn J. Tattersall of Brock University and Denis V. Andrade and Augusto S. Abe of Sao Paulo State University took part in a study of the toco toucan, which is the largest member of the family. They also have the largest bill in conjunction with their body size of any bird. 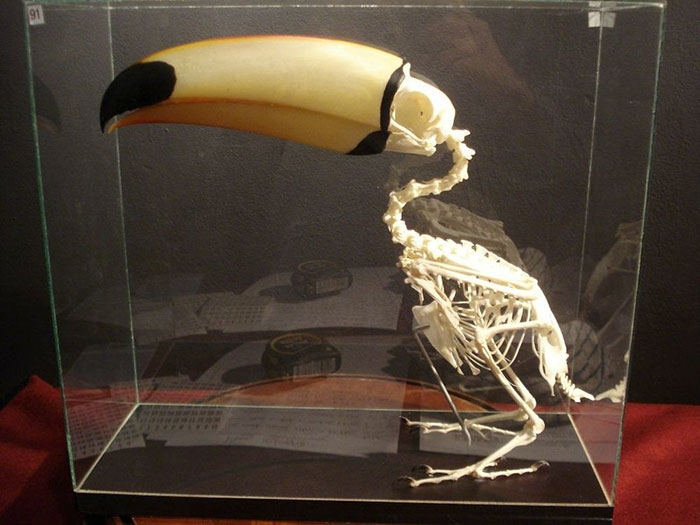 The study used thermal imaging cameras and infrared thermography to monitor the response of the toucan in temperature-controlled chambers. When the temperature dropped below 60°F, the beak was colder than the surrounding air. In other words, the blood vessels between the core of the bill and its covering were constricted.

In addition, when the temperatures were above 70°, an increase in blood flow was seen. This was evidenced by the bill being warmer so it helped to distribute the extra body heat load. 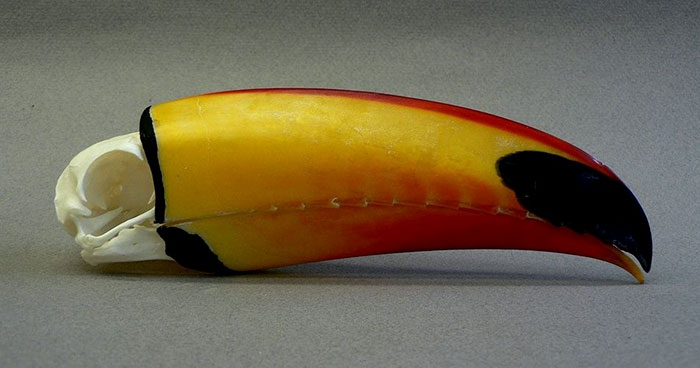 A paper recently published in Science had the following to say:

“Our results indicate that the toucan’s bills is, relative to its size, one of the largest thermal windows in the animal kingdom, rivaling elephants’ ears in its ability to radiate body heat … Given the rapid radiation of bill structures and diversity of beak morphologies of birds, thermal constraints from bill heat loss may prove to be a common feature among many avian fauna.”