These Massive Whale Sharks Were In Desperate Need Of A Rescue

Fishing nets pose a big issue to marine life when they are not responsibly monitored, especially when some of them can be more than a mile long.

Capturing unintentional marine life happens on a regular basis, and sometimes even the biggest fish in the ocean have trouble avoiding being trapped.

So when a group of divers came across a net that held not one, but four captive whale sharks, they knew that the animals were in desperate need of help. 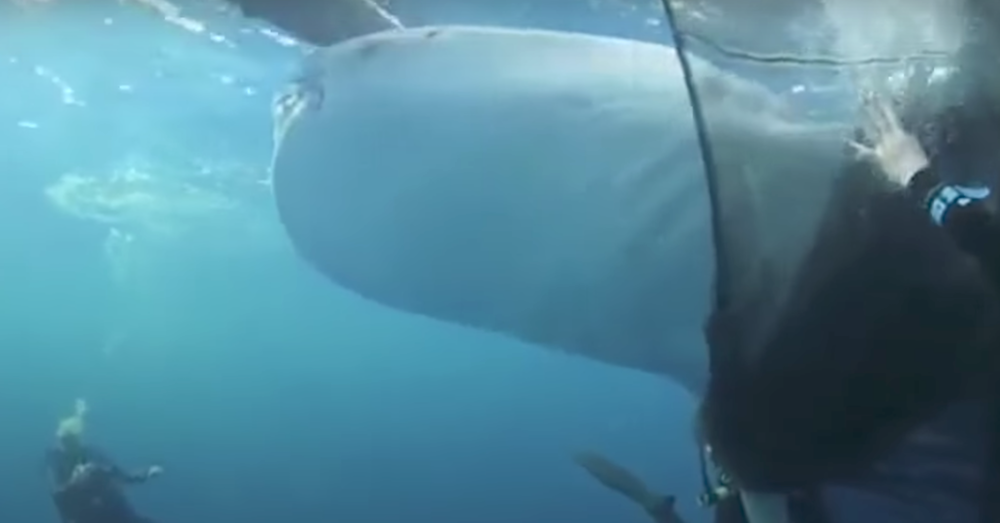 Whale sharks are the largest known fish species on earth, and even though they swim and resemble the predators we all see on “Shark Week,” these fish are truly gentle giants.

In order to eat, they filter their food in the same way that whales eat. They glide through the water with their mouths open, and then they filter out the tiny particles of food that most sea creatures are unable to see.

Ironic, isn’t it? The largest known fish feeds on the smallest possible food.

But there is a big problem in the ocean for filter-feeders like the whale shark: drifting nets. 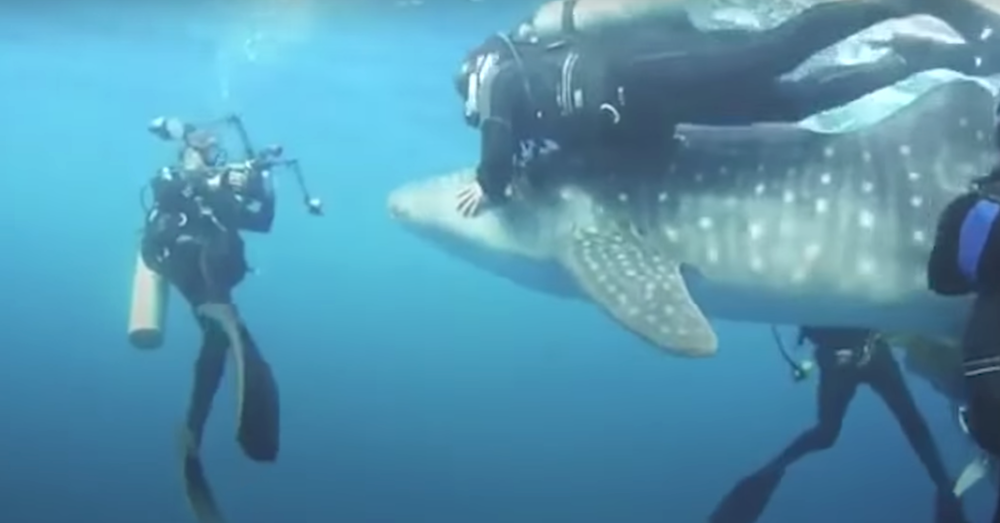 Since these fish get so preoccupied with their food, it becomes extremely easy to find their way into unexpected fishing nets and become trapped.

In the video below, the divers that come across the four captured sharks we mentioned earlier have to work exceptionally hard to make sure all four sharks make it out safely, which is no easy task.

At first, they only had to loosen the net, and two of the enormous fish were able to find their way through the opening to freedom. But the other two needed a little extra help.

By coaxing the sharks with some gentle pushes, the divers were finally able to get the remaining captives towards the opening of the net so that they could swim away on their own.

Check out the incredible footage below, because this is a rescue of epic proportions!