Across the globe, there have been instances of animals showing awareness of humans being in danger and taking it upon themselves to act and intervene in order to help. And now, footage has surfaced of one of the biggest creatures in the ocean protecting someone from a very dangerous predator.

63-year-old biologist Nan Huser was snorkeling with a partner in the waters off Muri Beach, Rarotonga, the Cook Islands when a massive humpback whale approached her out of nowhere and began pushing her through the water with one of its pectoral fins, head, and mouth.

At first, she didn’t know what to make of the encounter, and it wasn’t until later that she noticed a 15-foot tiger shark lurking nearby and realized that the whale was making sure she was kept out of harm’s way from the dangerous predator. 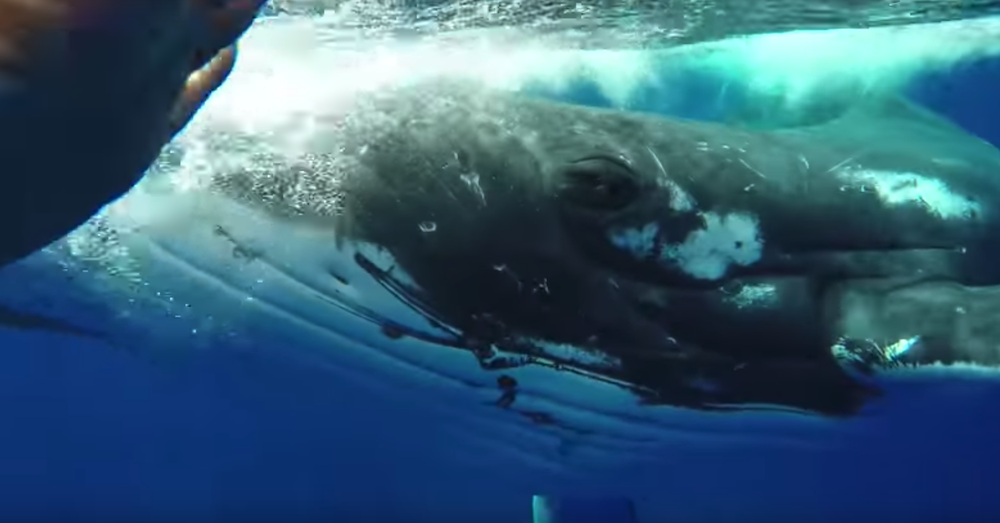 During the time which Huser was in the water with the whale, she had no idea that there was such a serious threat just out of her vision, as she was so involved with the large whale pushing her around in the water. 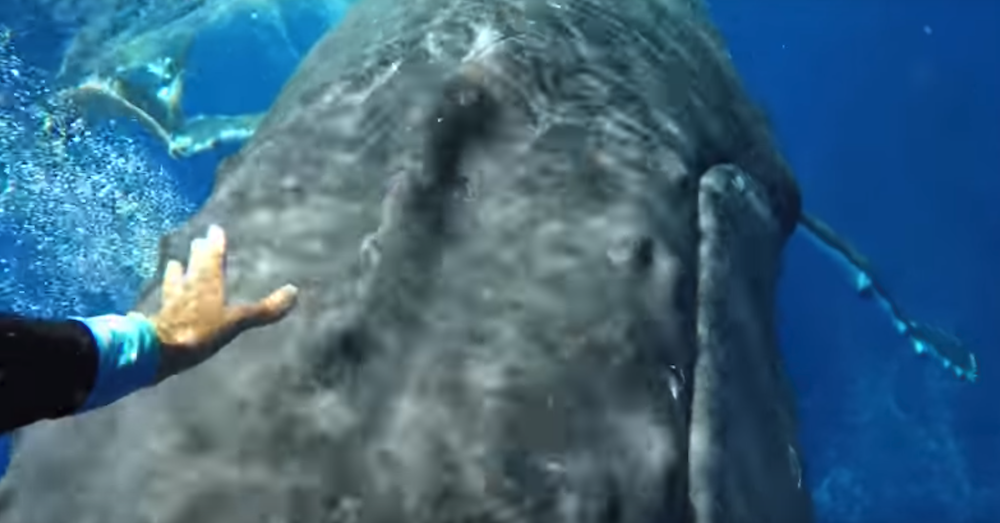 “I wasn’t sure what the whale was up to when he approached me, and it didn’t stop pushing me around for over 10 minutes,” Huser said. “I didn’t want to panic, because I knew that he would pick up on my fear. I feel a very close kinship with animals, so despite my trepidation, I tried to stay calm and figure out how to get away from him.” 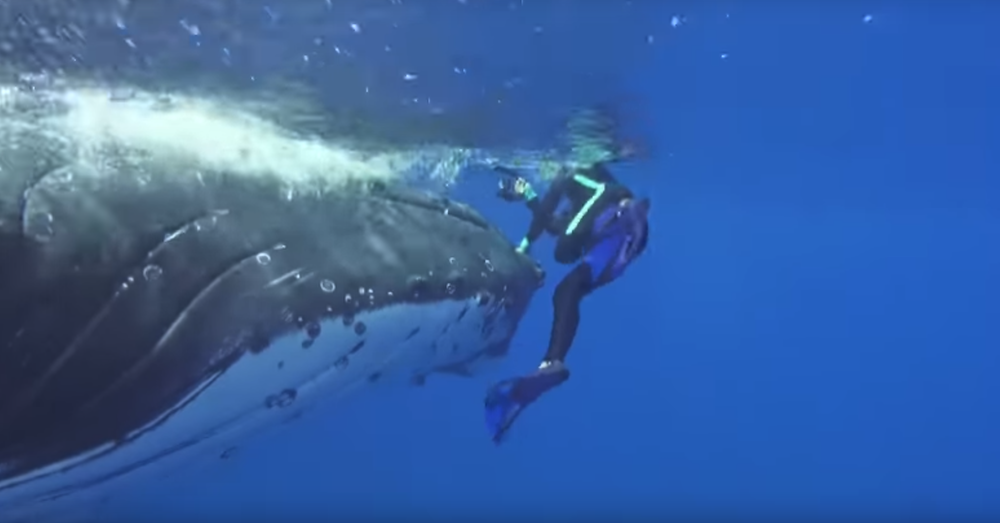 Nearby, Huser’s research boat was standing by and extremely nervous because they were able to observe everything that was happening while the snorkelers were unable to see the real danger that was lurking nearby.

They even stopped filming with the drone that they had launched earlier because they were worried about potentially capturing a gruesome shark attack on video.

Thankfully, nothing happened to Huser other than having an extremely unique experience with a humpback whale.