Interplanetary Eureka: Have We Just Discovered A Lake On Mars?

A group of Italian scientists has discovered evidence of what may be a lake of water underneath the surface of the red planet.

Mars is is 141.6 million miles away from earth, but the length of time before its first human residents set down roots has just dramatically shortened. This discovery may also signal a much greater possibility that life may have once, and still does, exists on the planet. 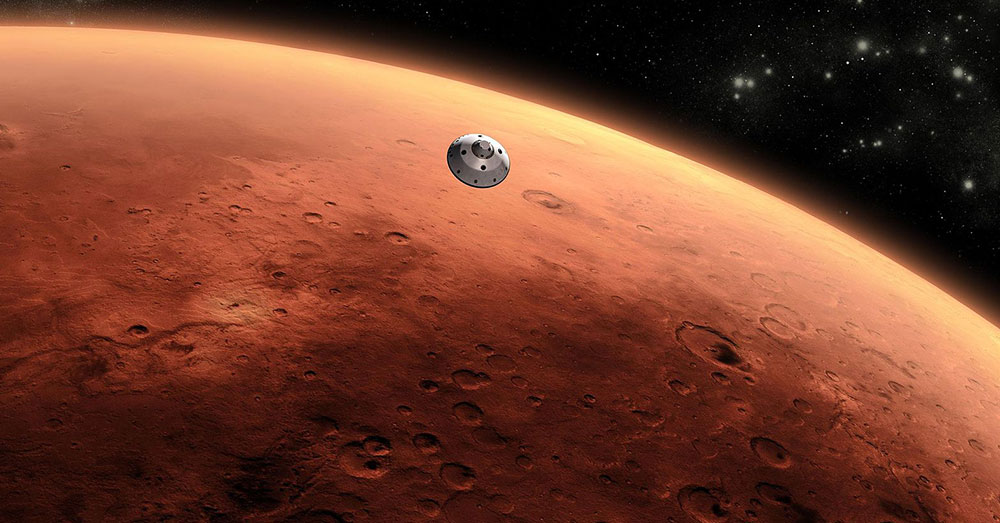 Source: WikimediaCommons
The modern day surface of Mars as seen from the Curiosity rover’s point of view.

According to NPR, the scientists relied on an advanced radar device carried aboard the European Space Agency’s Mars Express, in orbit around Mars.

“Ground-penetrating radars use radio signals that are capable of penetrating into the ground and then get reflections from the material under the surface,” says Roberto Orosei, principal investigator on MARSIS and a planetary scientist at the Italian National Institute for Astrophysics. 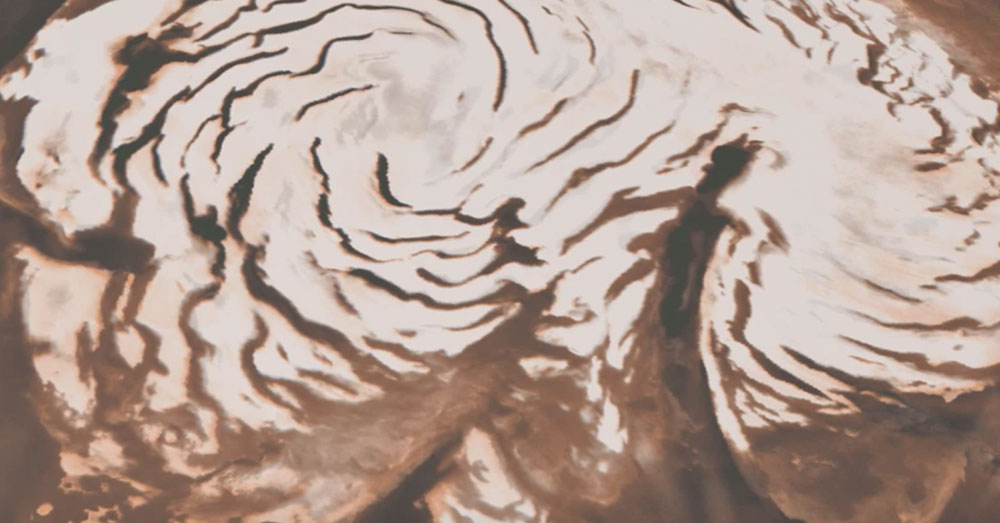 Source: YouTube/The Verge
Advanced radar has picked up possible signs of a lake of water on Mars.

The system mapped the subsurface of the South Pole of Mars between May 2012 and December 2015. Water reflects radar pulses like a mirror, which makes the MARSIS a particularly valuable tool in the search.

According to National Geographic, the Martian environment closely resembles Antarctica, where scientists have found proof of thriving microorganisms. 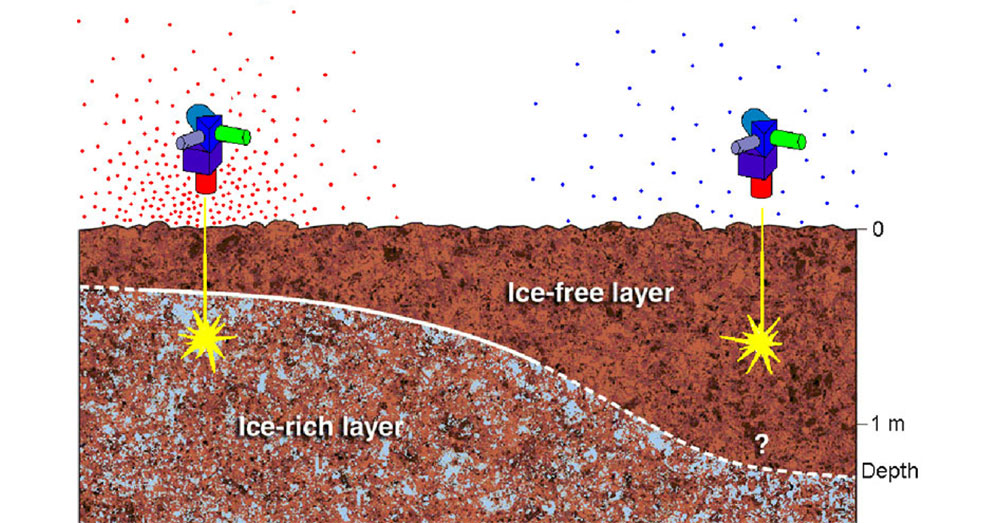 Source: NASA
NASA is using radar to detect water under the surface of Mars.

Its theorized that many billions of years ago, Mars could have looked much more like Earth, with oceans and verdant land. That all changed at some point.

“We know there was a lot of water on Mars’s surface, and we can’t quite account for all of it today,” Bobby Braun of the University of Colorado, Boulder, told NatGeo. 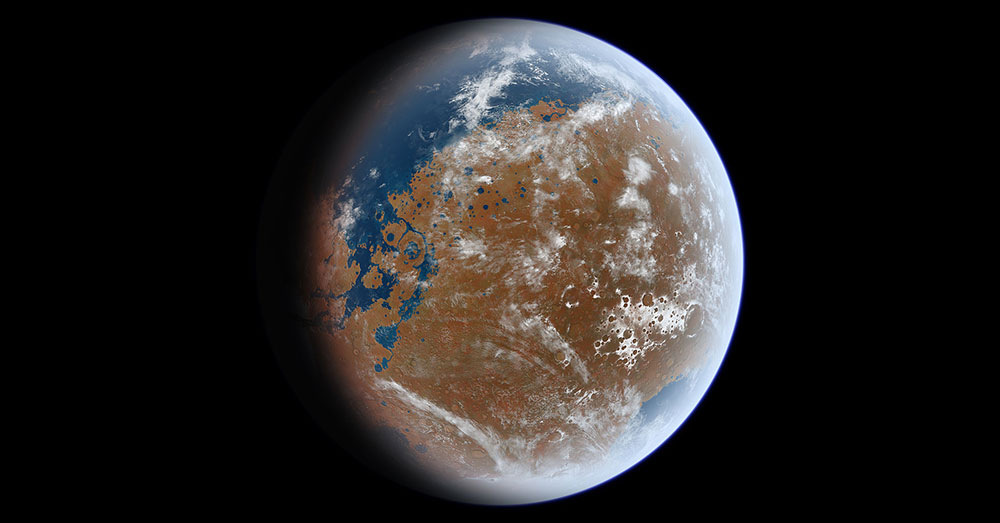 As of yet, the Italian scientists have no definitive proof that they’ve detected flowing water. It may be mud, or more likely water and icy sediment, that is showing up on the radar. It just seems more exciting to call it a lake.

“We can’t choose between one or the other. We don’t have enough information to say this is a lake or saturated sediment like an aquifer,” says Elena Pettinelli of Italy’s Roma Tre University, a coauthor of the paper documenting the water in the journal Science. “The lake will be more interesting.” 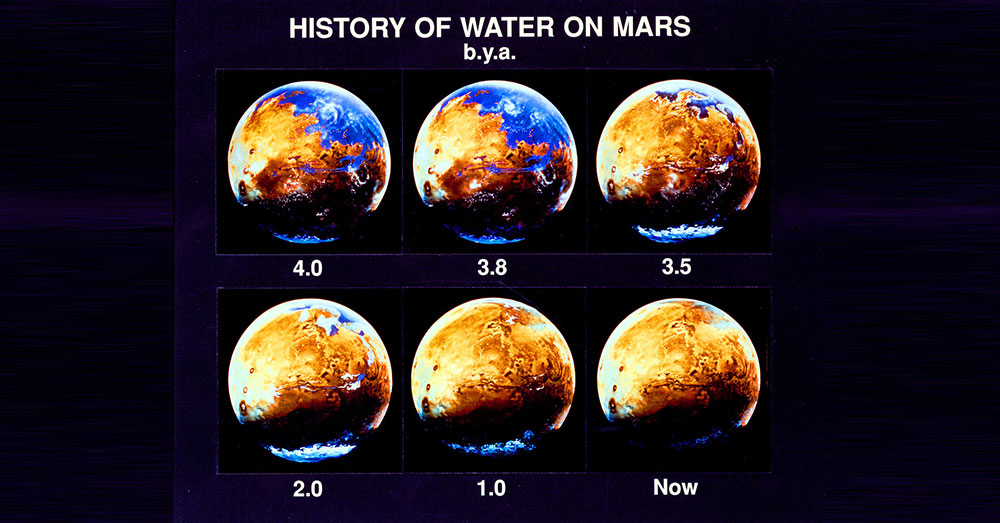 Source: Wikimedia Commons
A history of water on Mars.

What we do know, is that there is a region of dust, water, and ice, about 12 miles in diameter, about a mile below the Martian surface. Scientists have actually known about these phenomena for years, but haven’t been sufficiently convinced until now.

“After years, literally a couple of years of discussion, debate and let’s say general head-scratching, we really felt confident that any other explanation would fail,” Orosei told NPR. “Once you exclude everything that is impossible, what remains necessarily has to be the truth.”