A decades-old bottle once used for washing up has washed ashore at a Somerset, England beach. Its message is just as clear today as it was 47 years ago, though it’s taken on quite a different meaning.

Our plastic problem is much, much worse than we ever imagined.

The bottle was found by a member of the Burnham Coastguard Rescue Team, looking “almost new,” an eye-opening reminder of how permanent “disposable” materials may be.

“There was about 300 to 400 tons of stuff that had been washed up overnight,” coastguard station officer Dave Welland told the BBC. “I’ve been part of the coastguard for years but I can’t remember seeing that amount of rubbish on the beach before. It was mental.” 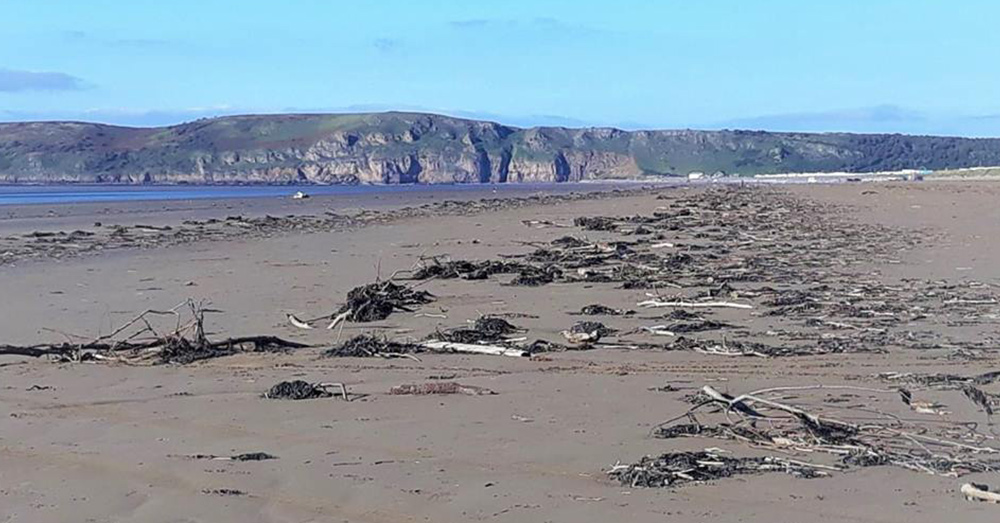 Source: Facebook/Burnham Coastguard Rescue Team
The beach in Somerset, England, where the bottle washed up.

“We were staggered yesterday by how much debris has washed up on the beach,” the Burnham Coastguard Rescue Team posted on Facebook. “It’s shocking how long … rubbish can survive and ultimately harm nature.”

The Fairy Liquid bottle advertises “4D Off,” marketing that dates back to at least 1971, perhaps even earlier.

“What can we do about this modern day scourge?” The Burnham Coastguard asked in their post. “We can try and reduce our day to day plastic use which is difficult with current manufacturing. But we can do little things like disposing of rubbish in bins (especially while at the beach). Be mindful of what we flush down our toilets, cotton buds are the worst offenders.” 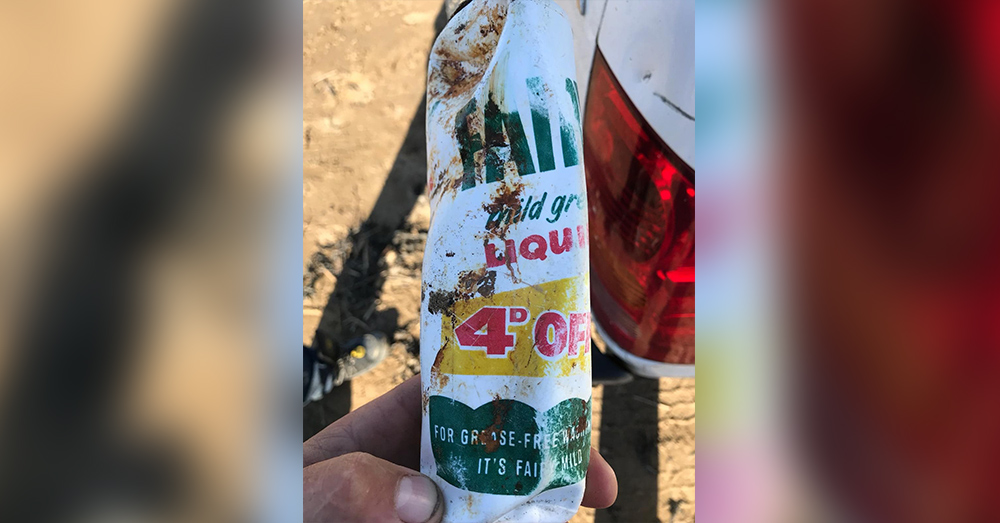 According to the Guardian, the UK produces more than 170 million metric tons of waste every year, and only a third of its plastic waste is recycled. The U.S. recycles even less than that, sending only about 9 percent of plastic to recycling centers, National Geographic reports.

“We as a society need to consider whether it’s worth trading off some convenience for a clean, healthy environment,” Roland Geyer, lead author of a study on all plastics ever made around the world, published in the peer-reviewed journal Science Advances, told Nat Geo. “For some products that are very problematic in the environment, maybe we think about using different materials. Or phasing them out.”

The Burnham Coastguard Rescue Team has some advice for those who think this job may be more than we can handle:

“Small changes by everyone can make a big difference to our beautiful planet and even to our very own stretch of coast, so let’s make a difference together.

Hurricane Michael is Going To Drench The Southeast United States: Click “Next” below!