Ben Lecomte isn’t the first person to swim 300 miles of the Pacific Ocean, but his swim isn’t like any others before. Lecomte’s 300 miles will take him straight through the vortex of trash called the Great Pacific Garbage Patch.

With each stroke, Lecomte will be cresting through plastic garbage, discarded fishing nets, and other pieces of trash that have been adrift for so long, they’re crusted in barnacles. He’s not trying to set a record, he just wants to draw attention to what humans have done to the planet. 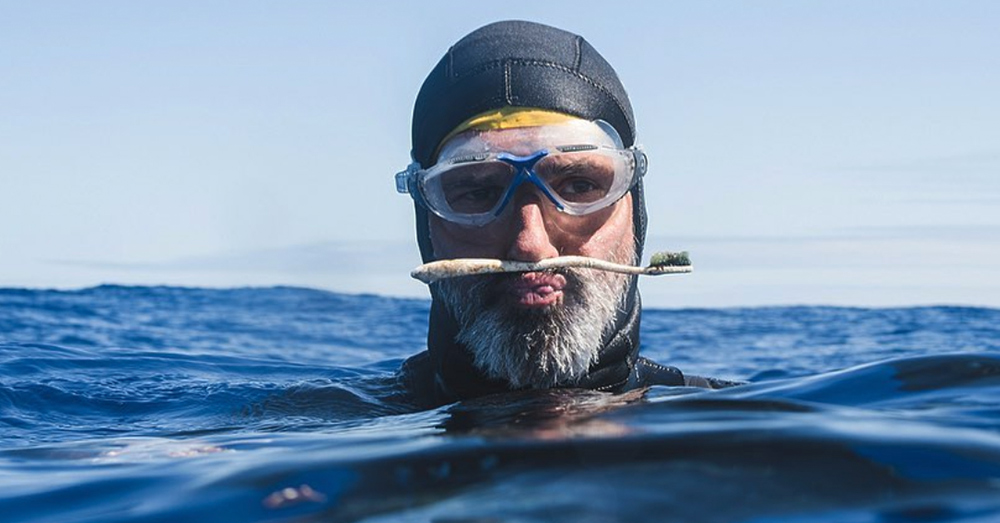 Lecomte is being assisted by a few sailors, and a team of scientists from the University of Hawai’i, who have stuck beacons to larger pieces of floating garbage. The beacons will track Lecomte’s movement through the GPGP, while photographers posted on ships sailing nearby will document the journey.

Along the way, Lecomte will be investigating the patch as he swims through it. 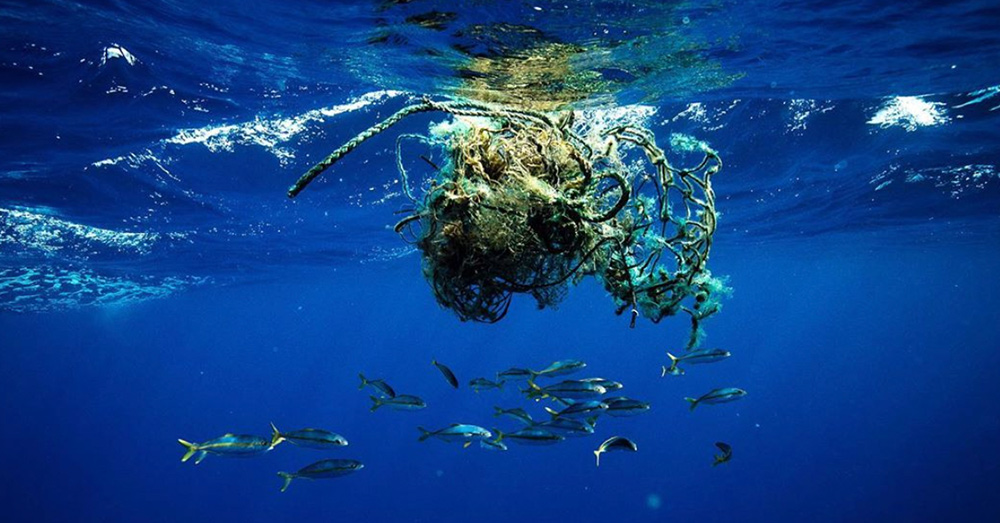 The Vortex Swim will help the National Oceanic and Atmospheric Administration, the Smithsonian Environmental Research Center, other marine research organizations, as well as the world at large, understand more about this massive and constantly drifting collection of trash in the middle of the Pacific Ocean.

“The most common pieces we find generally have some connection to the fishing industry. Fish crates, buckets, and lots of ghost nets,” Lecomte told HuffPost. Laundry baskets, bottle caps, and other household items have shown up in the swim, as well.

Day 34: Today I did my #bottlecapchallenge in the middle of the Great Pacific Garbage Patch. Instead of kicking the lid off of a single use plastic bottle and creating more waste, we used a bottle we collected from the middle of the Pacific Ocean. These are also a handful of caps we have collected from the ocean. The challenge is a fun social media trend but it’s important to think about where these caps and bottles can end up. Single use plastic is one of the easiest things to cut out of your life to prevent further plastic waste. The real bottle cap challenge: Stop using single use plastic bottles. 📸 : @osleston * * * #thevortexswim #movetonatural#theswim #plasticpollution#singleuseplastic #plasticfreejuly#myplasticfreejulychallenge#benlecomtetheswim#pacificoceanswim #plasticsmog#greatpacificgarbagepatch #plastic#plasticfree #citizenscience #swim#gpgp #oceanhealth#oceanconservation#breakfreefromplastic #benlecomte#cleanup #jointheswim #sinkorswim#plastisphere#longdistanceswimmer #expedition#trashtag #stopsucking #4ocean

Over time, larger pieces of plastic trash break down in the ocean, turning into billions upon trillions of tiny floating bits of inorganic matter which, “cannot necessarily be seen with the naked eye,” Lecomte said. 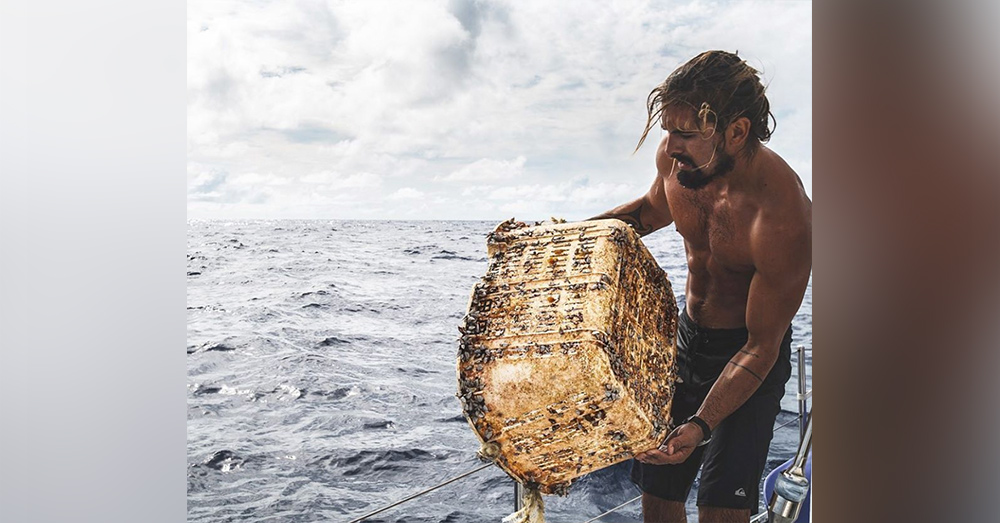 Source: Instagram/thevortexswim
One of Lecomte’s crew pulls a laundry basket from the ocean.

Before it breaks down completely, which may take thousands of years or more, the plastic prompts an ad hoc ecosystem as algae and sea plants find purchase on the drifting pieces.

“These drifting homes wander the ocean currents, collecting larvae and eggs as they go,” Lecomte wrote on Instagram.

Sadly, these homes are anything but safe. New fish are born into a wold where they may mistake the plastic for food. When marine life swallow them whole, their digestive system can become impacted. The plastic eventually starves or chokes the animals to death. Lecomte may have even ingested some of the plastic himself, it being so small. He has also emerged from the sea covered in it, and with a greater sense of the damage that plastic trash is doing to the ocean.

In short, there’s a lot of trash out there, and even with a diligent crew, it’s too much for a single team of talented swimmers to collect.

“If we collected every item, we would need a container ship to house it,” Lecomte said. 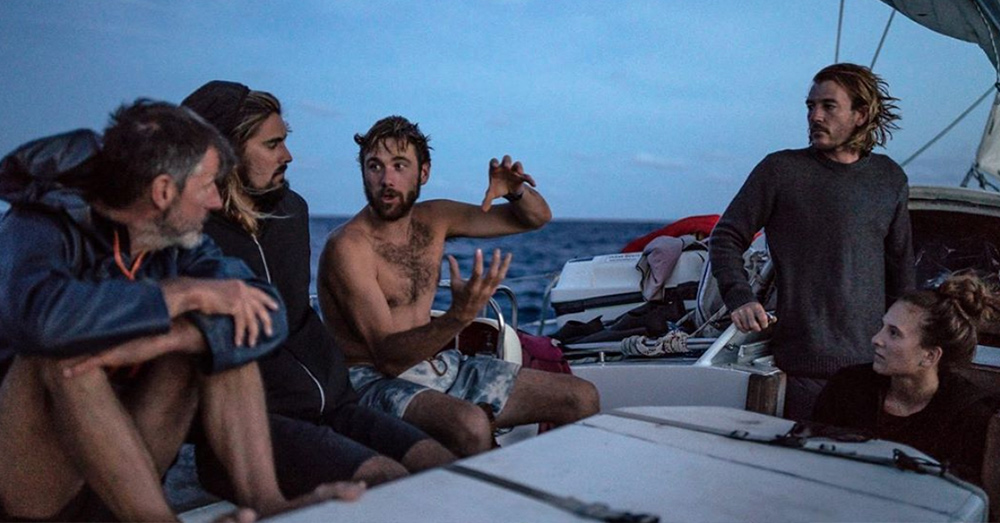 Before the Vortex Swim, Lecomte attempted to swim across the Pacific, from Japan too California. Before technical difficulties halted his progress about half way across, Lecomte came across plastic trash every single day of the journey.

It’s obvious that plastic pollution is a problem in the Pacific, and Lecomte’s Vortex Swim adds an exclamation point to that understanding. So, how are we going to fix it?

By going to the source.

“The best way to prevent large accumulations of debris from getting larger is to stop debris from entering the ocean in the first place,” Nancy Wallace, director of the marine debris program at NOAA told Grist.

Day 43: Last night, I went for a night swim. I put on a second layer of wetsuit over my torso with a hoodie and slid into a dark world. It was surreal, all my usual reference points were distorted. I felt as if I was flying over my swimming line, the space between me and the line was empty. The line was about 6 feet below me where weird creatures gathered. Every time I lifted up my head out off the water, I saw patches of water coming at me out of complete darkness as Corbin @sea.marshall and Josh @joshmunoz shined their lights on different areas. We were hoping for squids to come up but that didn’t happen, maybe next time. But I’m a couple nautical miles closer to my goal! 📸: @osleston • • • #thevortexswim #movetonatural#theswim #plasticpollution#singleuseplastic #plasticfreejuly#myplasticfreejulychallenge#benlecomtetheswim#pacificoceanswim #plasticsmog#greatpacificgarbagepatch #plastic#plasticfree #citizenscience #swim #oceanhealth#oceanconservation#breakfreefromplastic #benlecomte #cleanupplastic#jointheswim #sinkorswim#plastisphere#longdistanceswimmer #expedition#trashtag #stopsucking #4ocean #hydratelike #yesbioguia

A world reliant on plastic products will inevitably contribute more to the GPGP. Wallace, Lecomte and many others contend that the answer lies in reducing that reliance.

“The only sustainable way to deal with this global issue is to stop the problem at its source: to change our habits on land, stop using single-use plastic, and when possible use alternatives to plastic,” Lecomte told HuffPost.