Hit By A Car, With Little Hope For Survival, Now Jerry’s The Happiest Vervet In The Forest

Scared, confused, and badly injured after being hit by a car, this tiny orphaned monkey had little hope for survival until rescuers found her and nursed her back to health.

Jerry, as she was named by staff at the Vervet Forest, was frightened at first, but after a while came out of her shell. Jerry decided it was more important to make new monkey friends than to dwell on her sorrows. Before long, she was giving other residents of this South African animal sanctuary warm and cuddly hugs.

Jerry, the little girl with the broken foot is famous! @thedodo just released their brand new comeback kids episode all about Jerry and her transformation from broken foot to being adopted by Mrs. Gold. Spoiler alert for those of you who have been watching the YouTube series. Go check it out! Link in bio. https://www.facebook.com/ ComebackAnimalsDodo/videos/1361914093910193/ @nellyformesynx #vervetforest #love #comebackkid #thedodo #animallovers #wildlife

The Vervet Forest is a Vervet Monkey Foundation project started in 1989 by an animal loving South African beekeeper named Dave Du Toit. According to the Vervet Forest site, Du Toit was once given a newborn Vervet monkey, no bigger than the palm of his hand. Having no idea what to do with the animal, he called the nature conservation authorities who told him to euthanize it.

“Disillusioned with the nature conservationists and horrified by the public’s hatred of the monkeys, Dave decided to keep and care for the baby Vervet and named him Regus (The Little King),” the Vervet Forest maintains. 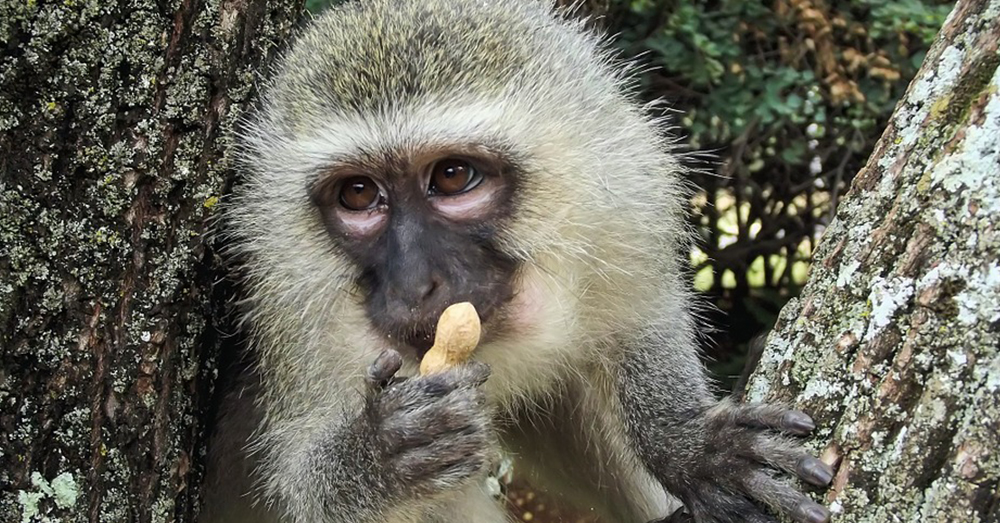 Even after local authorities threatened to kill Du Toit’s animals, he persisted, and after obtaining a permit for his work, began building a rehabilitation foundation. Today, the VMF is run by local workers and volunteers, and continues to care for the regional Vervet monkeys, who might otherwise be labled pests.

Without the work of the VMF, Vervets like Jerry wouldn’t have a second chance. Once she recovered, Jerry was adopted by a foster parent, and eventually released back into the wild.

Watch Jerry’s amazing recovery, and see just how brave these little monkeys can be, in the video below!

Want to learn more about Vervet monkeys? Click the button below!