10 Places On Earth That Modern Man Has Still Never Visited

Ever since humans have been on earth, exploration and journeying to new lands has always been a priority for our species. Because of this, the vast majority of our planet has not only been discovered, but inhabited.

Despite this, however, there are still a number of places across the globe that have yet to be touched by human influence.

Most of these places are simply too dangerous for mankind to explore. There are deep sea trenches that have far too much pressure to be survived, places where volcanoes are constantly erupting, and even some locations that have weather far too severe to endure—it just shows that Mother Nature still rules.

Below, you will find 10 places on our planet that have yet to see human exploration because of the extreme dangers they pose to us or because they are simply unaccessible. 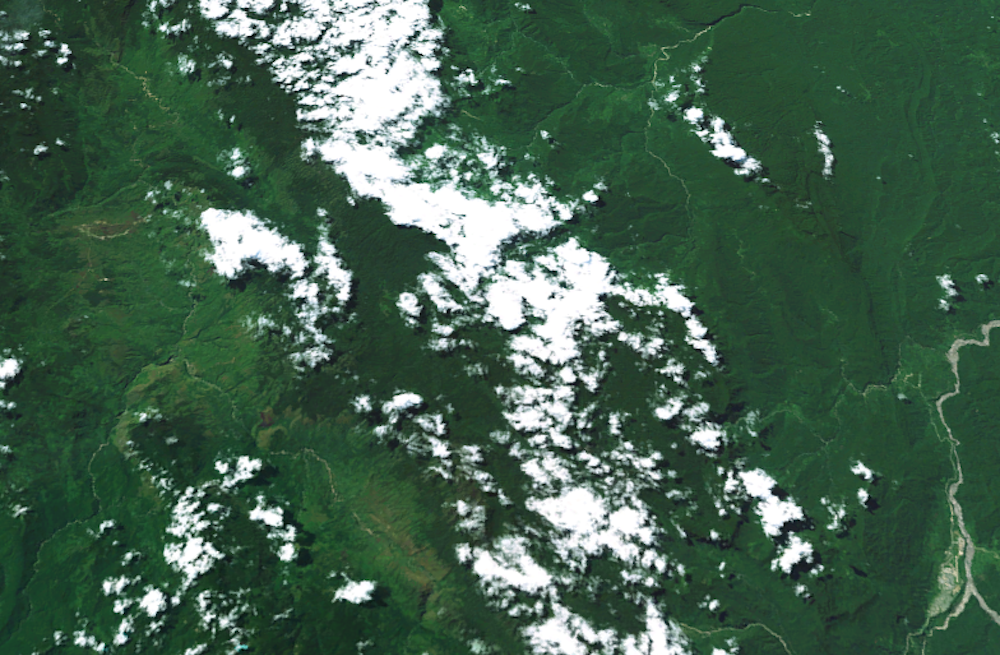 This massive mountain range in Papua New Guinea stretches across a large portion of the small Indonesian country and has yet to see any kind of significant human exploration.

It is currently thought of to be one of the wettest places in the entire world, with an annual rainfall of more than 10,000mm per year. The rain is so torrential that there isn’t a single place in this mountain range that can house a weather station.

The area was actually attempted to be explored and mapped by Jan Sneep, a Dutch colonial civil servant, in 1959. Even with two helicopters, the expedition still ended up relying on manpower alone after one of the aircraft crashed.

This small island lies in the Bay of Bengal between the southern coasts of India and Thailand, making it extremely remote.

Its inhabitants, called Sentinelese people, are the only human beings who have ever lived on the island and have long since refused to accept modern visitors. Anyone who comes to the island to try and explore or study the area is immediately rejected, oftentimes with violence.

In 2006, two fisherman found themselves drifting towards the island after their anchor broke free, and upon reaching the island, both of them were killed as soon as the Sentinelese people saw them near the shore.

Because of this, the island exists completely out of touch with the rest of the modern world and is basically completely unexplored. 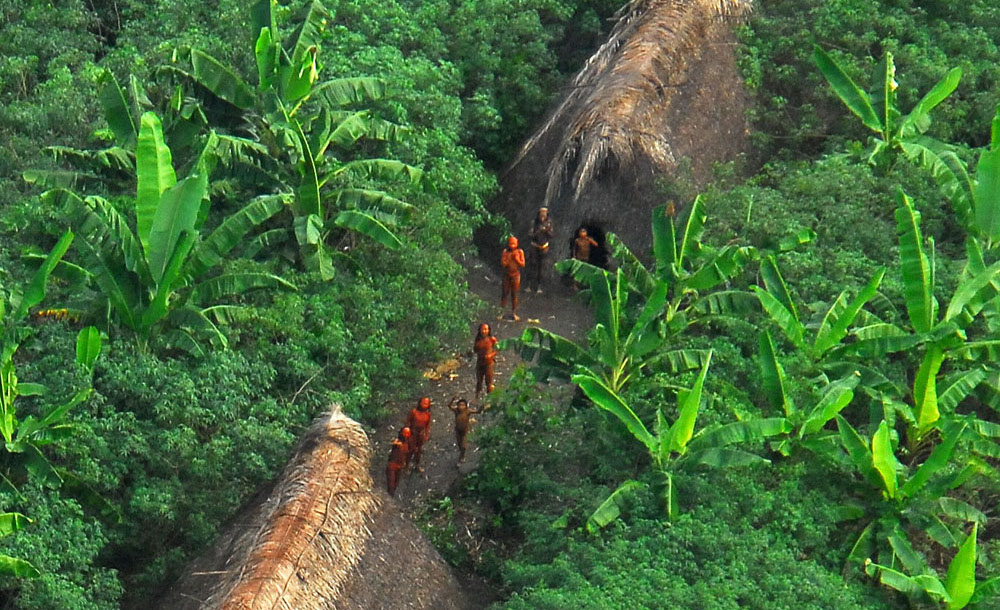 In recent decades, the world has seen less and less of people who still manage to remain out of touch with modern day technology and civilization, but of the few indigenous people left, the Vale do Javari is home to 14 different groups of them.

With more than 3,000 individual indigenous people, belonging to 14 different tribes, the Brazilian government has prohibited people from entering the area in order to preserve the native people and their traditions.

This 32,990 square mile area is bigger than the entire country of Austria, making it the perfect place to remain secluded from modernized society and relatively unexplored by the rest of the world. 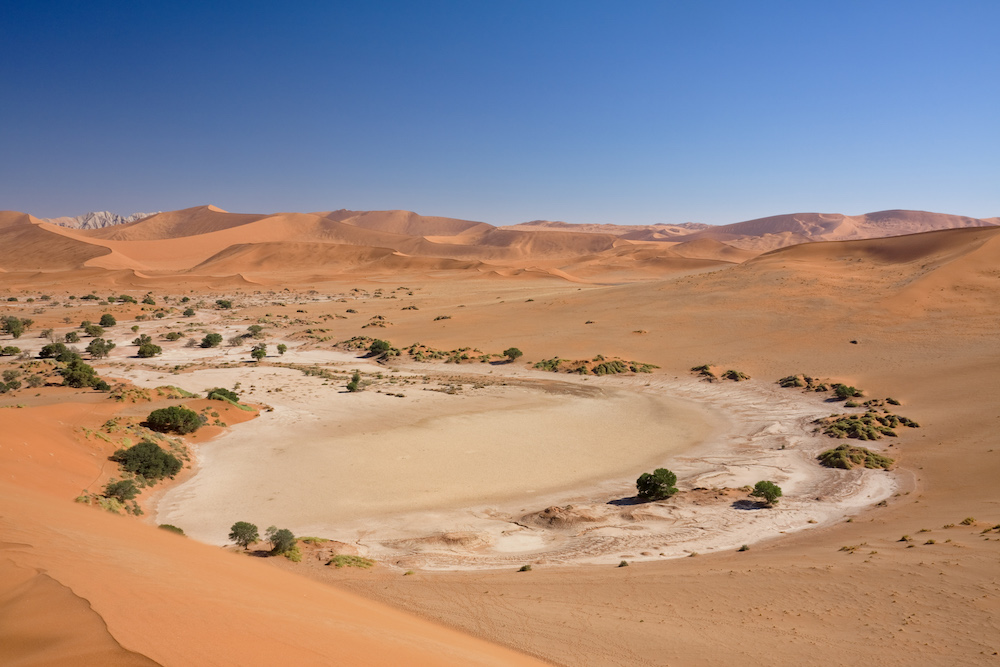 This desert, located along the Atlantic coasts of Angola, Namibia, and South Africa, stretches for more than 1,200 miles and is one of the driest places in the entire world.

In some parts, this desert only sees 2 millimeters of water for the entire year, which means that it is basically impossible for anything to survive, and the few living things that do live must do it with the most minimal water possible.

Near the coasts, this desert consists mostly of giant sand seas that span hundreds of miles. Any living thing that gets left or lost in the areas would never be able to live without a rescue.

In the less arid areas, there are indigenous people who managed to survive, but for the most part, the Namib is only home to invertebrates like scorpions and other small animals that can live with almost no water. 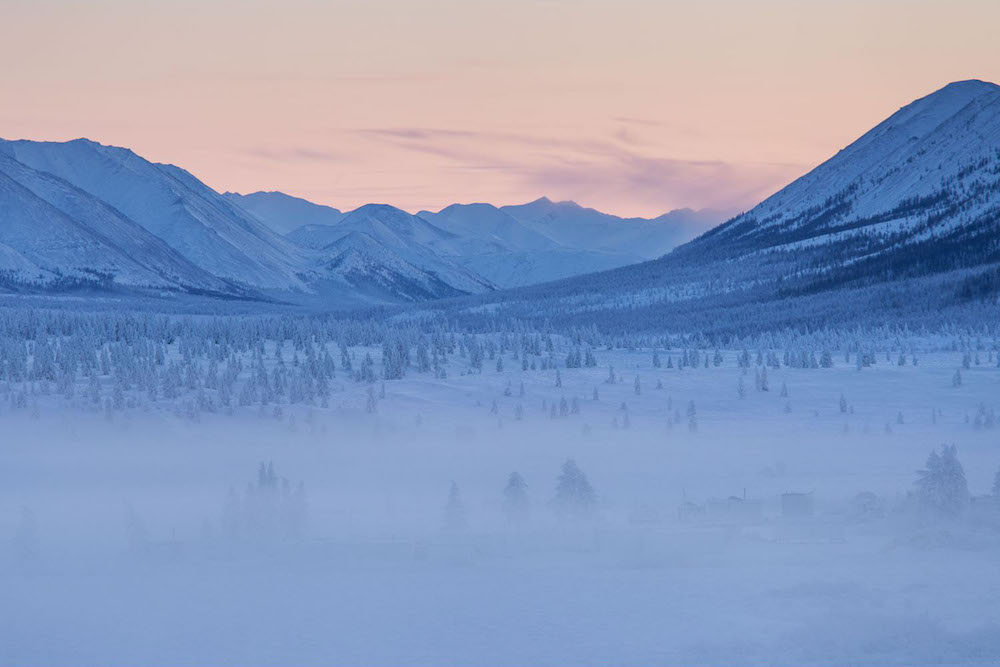 This area of Russia is the eighth largest territory in the entire world, and the vast majority of it is above the Arctic Circle, making it basically a freezing cold desert.

With an area of 1,190,555 square miles, the Sakha Republic is only slightly smaller than the entire country of India. The difference, however, is that the climate is so brutal that it is home to less than one million people.

If the people who lived in this incredibly desolate region of the world were spread out evenly throughout the area, there would be more than an entire square mile between each individual.

The average temperature for the area hovers around -46 degrees Fahrenheit during the winter, and it is home to the Verkhoyansk Range, the coldest area in the northern hemisphere.

Because of the extreme cold and freezing weather, much of this gigantic area of the planet has gone largely unexplored and untouched by mankind. 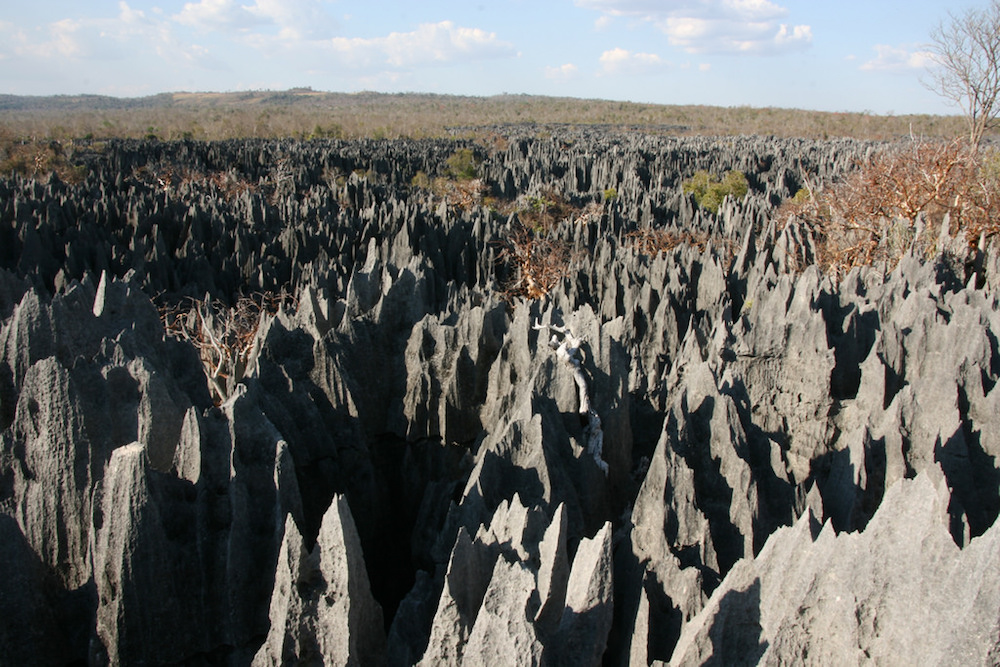 Located on the very western edge of Madagascar, an island off the coast of southern Africa, this national park is centered around two large geographical features called Great Tsingy and Little Tsingy.

These rock formations are plateaus, which have had deep ruts cut into them by the groundwater to the point of making them completely unable to be traveled or walked upon. The word “tsingy,” when translated, even means “where one cannot walk barefoot,” making it the perfect name for this incredibly unique area of the world.

Because of the vast area in which these formations are located, the park was made unexplorable simply because of the fact that it is impossible to cross over the jagged plateaus. 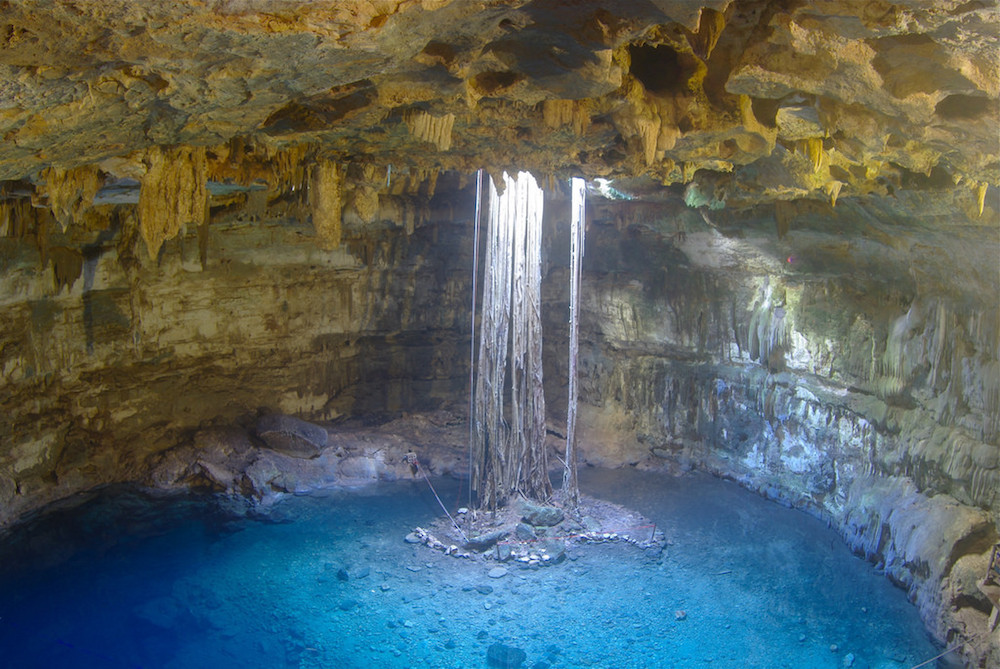 The Yucatan peninsula, which is located in southern Mexico and directly north of Belize, is filled with natural pits and sinkholes called cenotes.

These holes are formed when the rock just beneath the ground begins to dissolve and break away, leaving large gaps and holes in the ground, which expose the groundwater that has been lying beneath.

The rock that falls into the water causes the remaining rock to dissolve even further, causing the area to continue growing in size and form massive natural pits in the earth.

Exploring these holes is far more dangerous than it is worth for the payoff of learning more about them, especially when the entrances inside them are already difficult to find, let alone enter. Despite their natural beauty, these caves pose extreme danger for explorers and animals alike. 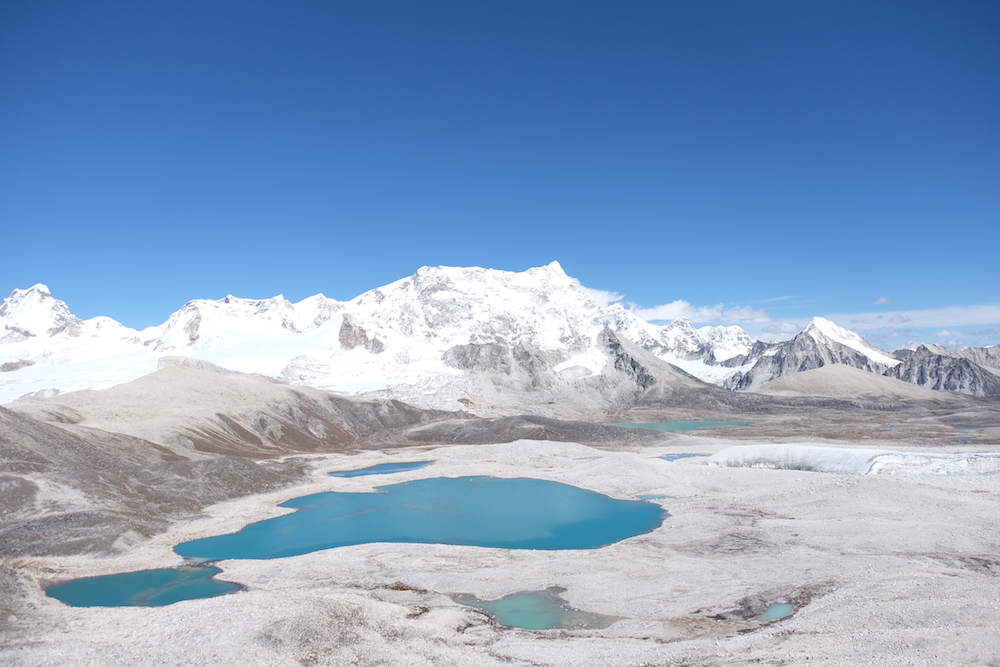 On the border of Bhutan and China, the giant snowy peak of Gangkhar Puensum rises 24,836 feet into the air, making it the highest mountain in the world that has not been climbed by mankind.

Since 1922, this massive mountain has never been measured accurately until recent years, and it was even unable to found by the first team to attempt to measure its height. Four different teams attempted to climb the mountain between 1985 and 1986, but all four failed because of the dangerous weather.

And in 1994, it became completely prohibited to climb higher than 19,685 feet out of respect for local spiritual beliefs. Following the previous climbing height restriction, climbing on the mountain was banned outright in 2003.

To this day, the true geography of the mountain is still disputed because there have been so few people able to actually climb, let alone map, the entirety of the massive mountain. 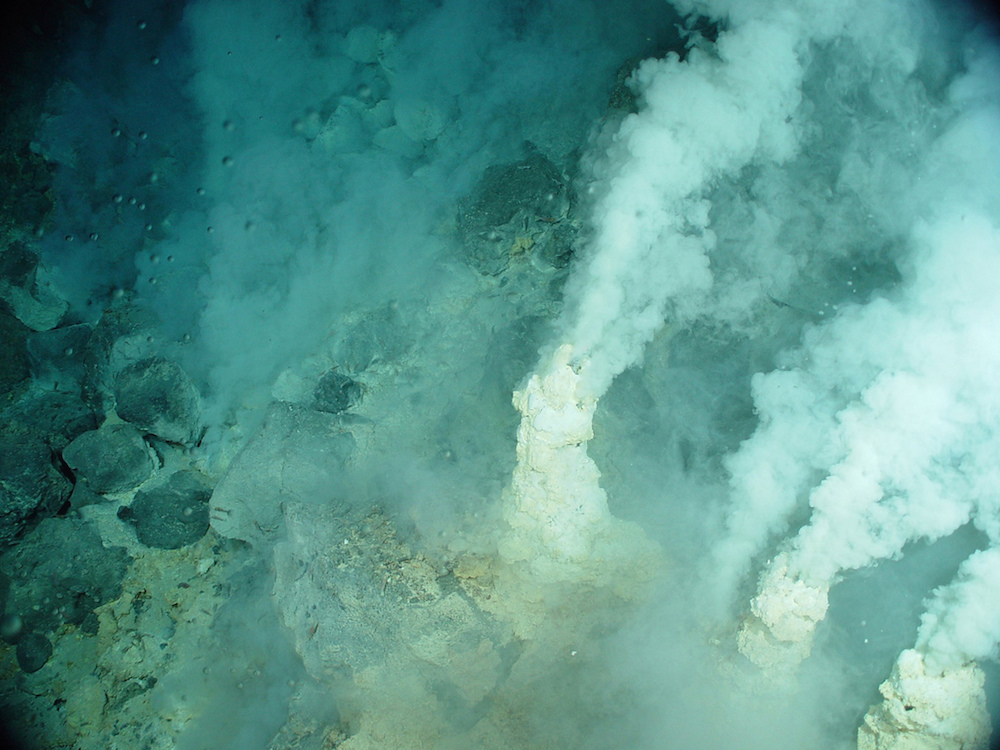 In the western part of the Pacific Ocean, just east of the Philippines, lies the deepest part of our planet’s oceans: the Mariana Trench.

This massive crescent-shaped scar in the earth’s crust is 1,500 miles long and reaches a known depth of 36,000 feet in a valley named Challenger Deep. This trench is so deep that even if you dropped the entirety of Mount Everest into it, the tip of the mountain would still be a mile from the surface.

The only organisms that are able to survive the pressure of water this deep are called xenophyophores, which are single-celled organisms that live on the minerals in the water.

Mariana Trench is probably one of the most inaccessible locations on the entire planet for mankind, and because of this, we may never know how deep it really goes or if some unknown species have made it their home. 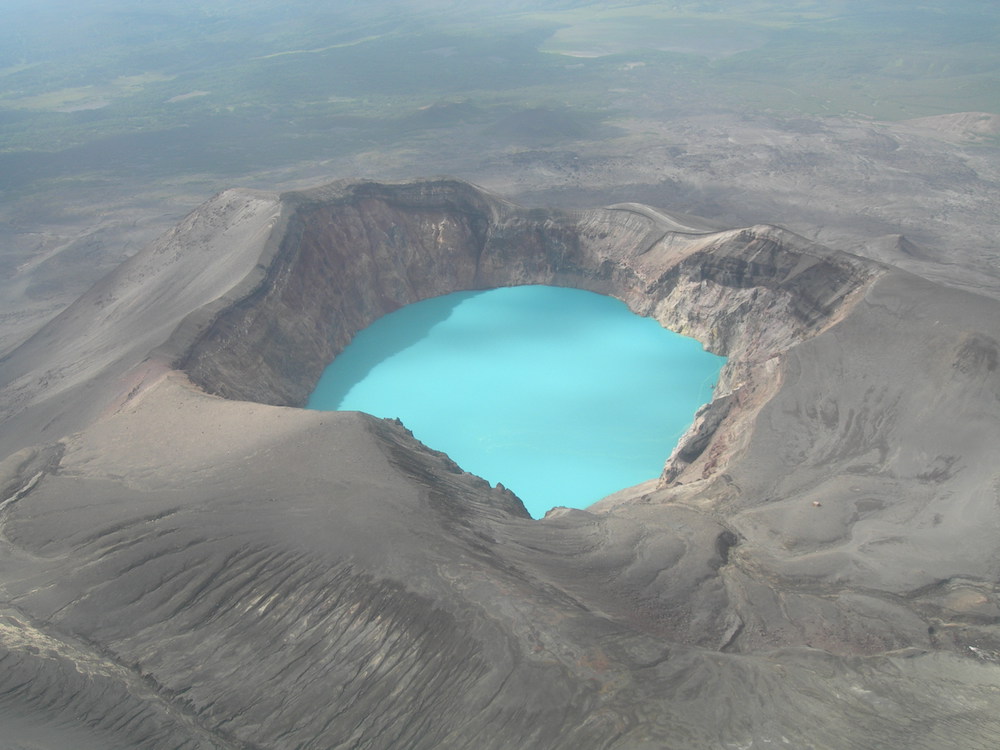 As Russia is home to one of the world’s largest and coldest areas, it is only fitting that it is also home to some of the most incredible volcanic activity on the planet.

On the Kamchatka Peninsula, the massive volcano belt contains 160 different volcanoes, 29 of which are still currently active, the highest of which is Klyuchevskaya Sopka, at 15,584 feet tall.

An area with so much volcanic activity is obviously not an ideal place for exploration, but the fact that so much of the area has been formed by thousands of years of volcanic rock make the exploration efforts even more difficult.

All 10 of these locations are a stark reminder that planet earth was here long before mankind was even formed, and that some places are simply better left untouched.

Beautiful and special locations like these should be able to remain in the natural states, untouched by modern civilization, because without incredible natural wonders, our home would be a much more boring place to live.