Smokey the Bear told us we were responsible for preventing forest fires.

Crime dog McGruff helped us take a bite out of crime.

Woodsy the Owl told us to “Give a hoot, don’t pollute.”

It’s that last one humans seem to have a big problem with. Where a wizened old owl’s advice has fallen short, however, the tragic image of a dead Kemps Ridley sea turtle with a beach chair stuck to its back may prove more compelling.

An eye-opening illustration of the damage human pollution has done to our oceans, images of this tangled turtle have been sweeping across the internet, first posted by Fort Morgan Share the Beach, a local chapter of the Alabama sea turtle protection nonprofit Share the Beach. The story these pictures tell is a dark one which, wildlife advocate or not, is hard to ignore. 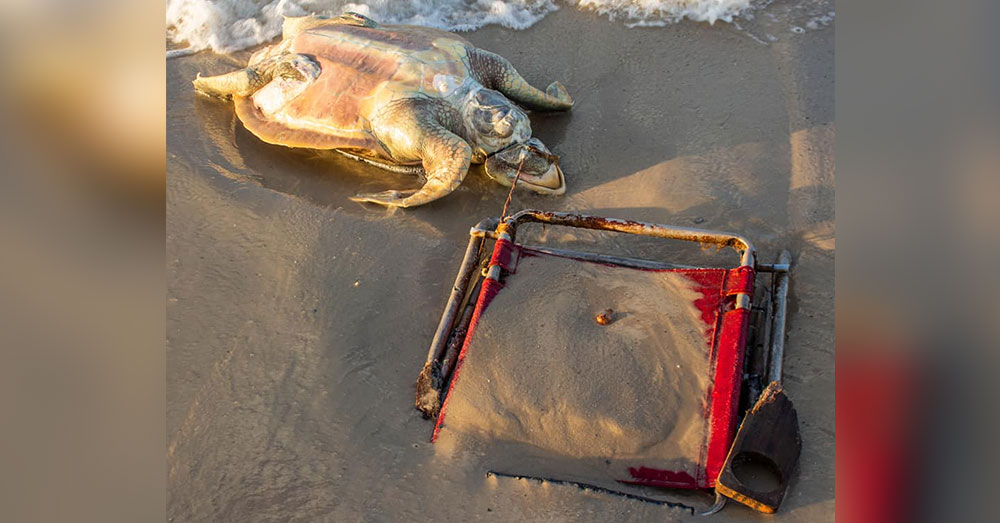 Source: Facebook/Fort Morgan Share The Beach
The turtle was dead when it washed up onto the shore.

“There was a heavy string around the chair that wrapped around the turtle’s neck,” Fort Morgan Share the Beach spokeswoman Debbie Harbin told the Huffington Post.

The turtle’s neck was bruised and still bloody from the cord. It had suffered a great deal while trying to escape from the discarded chair. 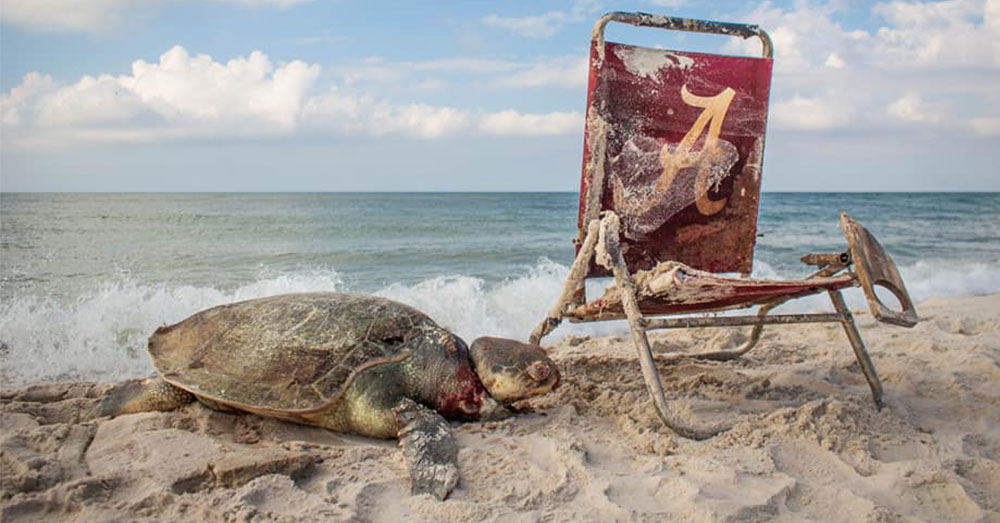 “This is why we ask people to ‘Leave Only Footprints,’ ‘Leave No Trace,’ pick up after themselves when they leave the beach,” wrote Matt Ware, PhD candidate in Biological Oceanography at Florida State University. “This endangered Kemp’s Ridley sea turtle was found during morning turtle patrol strangled by a beach chair. Please be responsible when visiting the beach – you are not the only one who uses it. #PickUpYourTrash #BeNiceToTheBeach”

The Kemps Ridley turtle is considered the smallest sea turtle in the world, NOAA reports. They conduct most of their egg laying during the day, as opposed to their nocturnal cousins, coming ashore in droves for the “arribada” nesting ritual. They are also endangered, with a population growing smaller by the day. 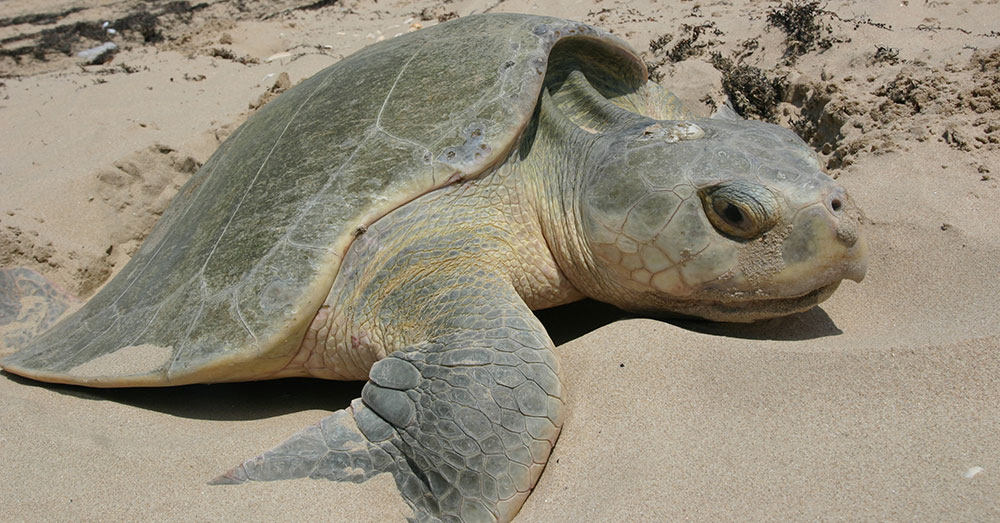 The turtles’ nesting habitats are being threatened by new land developments and many are caught up and killed by fishing gear following shrimp trawls each year. Now, pollution is becoming a serious threat to their survival, as well.

“This makes me so mad,” Ware posted on Facebook. “How many hundreds of times do we have to ask people to pick their stuff up? It should just be common decency. I think I am going to print this out and carry it with me next time I have to ask.”