54 Dolphins Were Just Found Stranded On A Baja Beach

The news has been chock-full of stories reporting extremely strange animal occurrences over the last year, some of which have been actually quite frightening.

Hundreds of young sea turtles had to be rescued because they went into comas due to uncharacteristically cold water, 10,000 endangered frogs were found dead in Bolivia, and iguanas were dropping from the sky in Florida.

The vast majority of these instances have been related to changing environments around the world in some way, shape, or form, and now something has happened again but with a much different suspect. 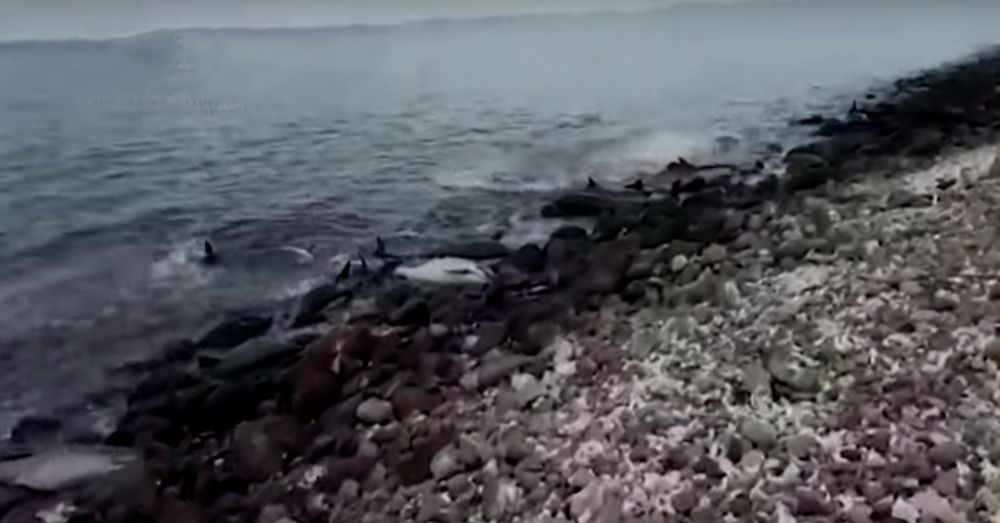 This time, 54 dolphins were found washed up on a beach in Baja California Sur state, according to Mexican officials.

All of the marine creatures came ashore in the area around La Paz Bay and were completely helpless on the beach, unable to do anything to get themselves back into the water.

When rescuers arrived, they did everything in their power to save as many of the dolphins as they possibly could, but only 33 of the 54 dolphins were able to be put back into their natural habitat.

According to rescuers, the dolphins that were found on the shore had bite marks on their bodies, which appeared to come from bottlenose dolphins. 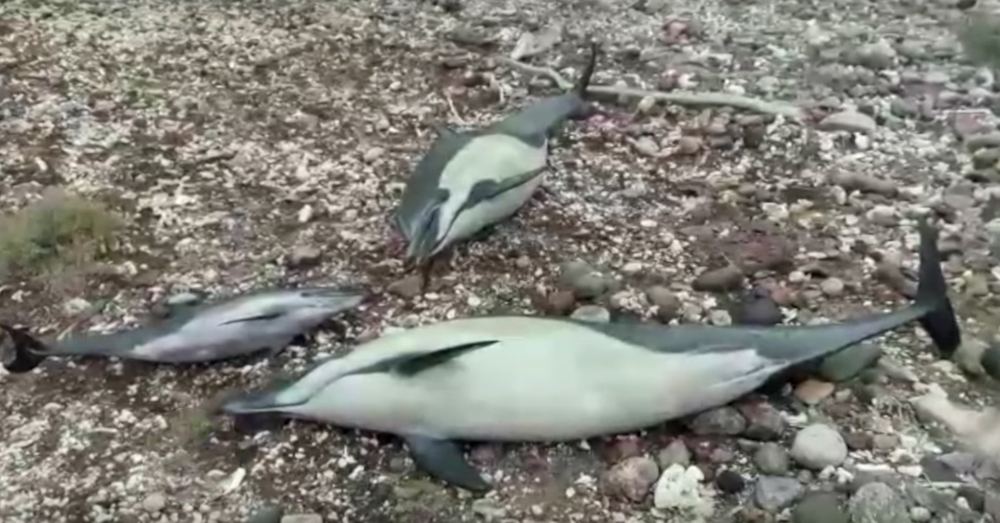 This means that not only were the short-beaked common dolphins attacked by other dolphins, but they were driven towards shore and forced to beach themselves to try and escape.

Bottlenose dolphins, despite the public perception of them being cute and friendly, are actually quite vicious animals at times, which makes this attack not completely out of the norm for their species.

“They are very intelligent, but just like humans can be nasty and conniving,” said Richard Connor of the University of Massachusetts at Dartmouth.

To see the aftermath of the attack, check out the video below.