Residents of Norilsk, Russia, were in for a surprise when an emaciated polar bear wandered through the middle of their Siberian city. The animal was “visibly weak and seemingly ill,” according to Reuters, which described how the female bear “lay despondently on the ground for hours … its feet caked in mud.”

Local police followed the bear to make sure that residents — who were understandably surprised to see a Polar Bear wandering through town – didn’t get too close. It was the first time a Polar Bear had been spotted in this industrial city of 200,000 people in forty years. 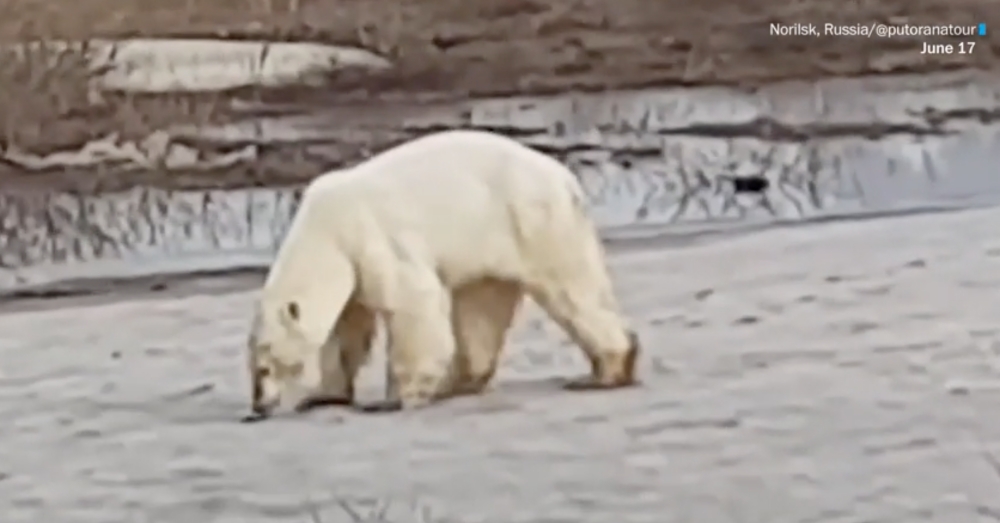 Authorities also feared the emaciated bear, who was clearly starving and hundreds of miles from home, might attack someone out of desperation. But one local wildlife expert who happened to be at the scene found this very unlikely. Oleg Krashevsky told Reuters that the animal, whose watery eyes likely led to blurred vision, might simply be lost. He also suspected the animal was far too weak to get home on her own. 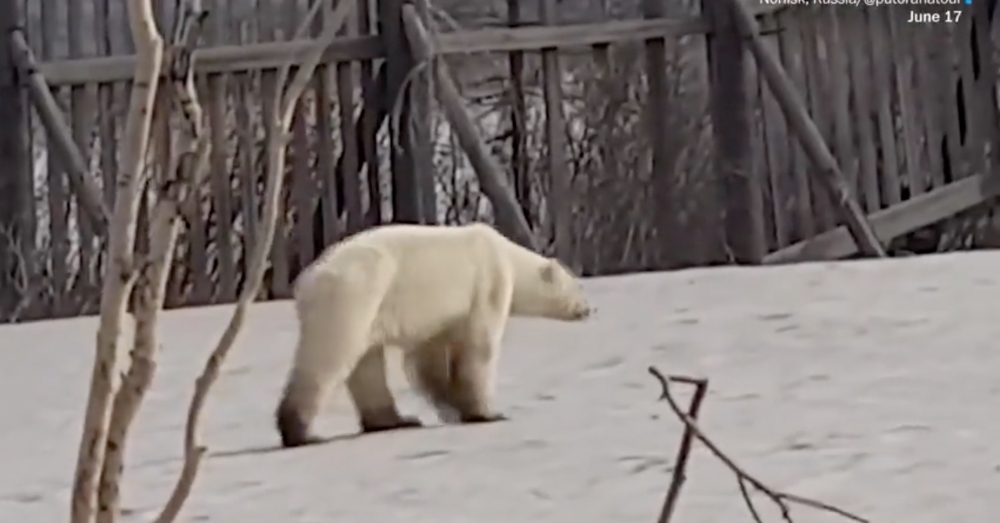 Regardless of what drove this poor girl to swing by, it’s certainly not a great time to be a polar bear in the Arctic.

Researchers at the University of Alaska Fairbanks recently published a report suggesting the Canadian Arctic is thawing 70 years earlier than expected, forcing starving bears into cities on a desperate quest for food. An eerily similar incident happened in early 2018, when 50 polar bears wandered into the Siberian village of Belushya Guba, sparking a state of emergency. 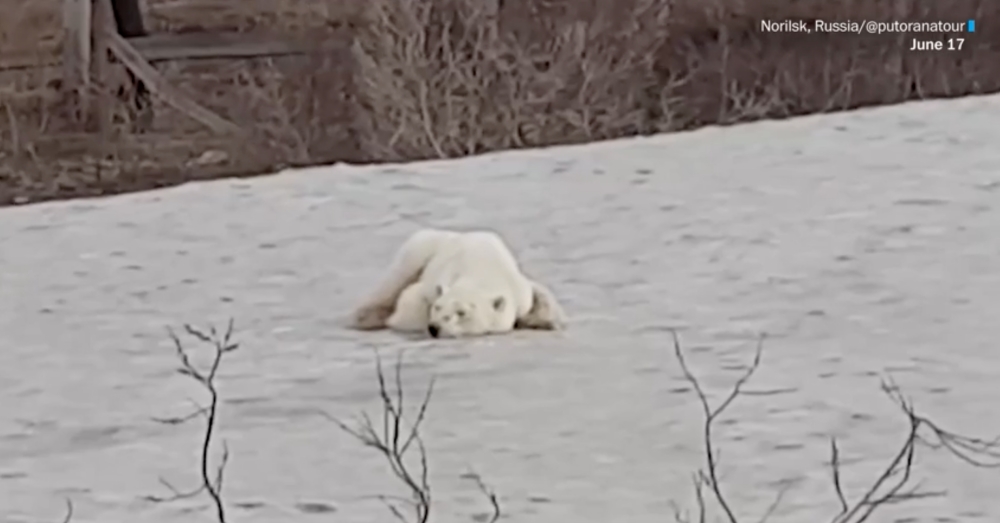 “What we saw was amazing,” Vladimir E. Romanovsky, a geophysics professor involved in the study, told Reuters. “It’s an indication that the climate is now warmer than at any time in the last 5,000 or more years,” he said. Unfortunately, this accelerated trend isn’t so “amazing” for the polar bears and other animals who call the Arctic home.

Find out more in the video below!