We may not mind seeing a squirrel in the backyard but we certainly wouldn’t want them in our home. Unfortunately, it is something that happened to an Atlanta family when a squirrel got in through the chimney. It was so desperate to get outside that it caused a minimum of $15,000 in damage over Christmas while the family was away.

If that isn’t bad enough, the insurance company is refusing to cover the cost to repair the damages.

Kari and Dustin Drees are first-time homeowners who moved into the house last month with their nine-year-old daughter. The house is located in the upscale Buckhead district of Atlanta and after moving, they went to California on vacation.

When the family returned home January 1, they walked into a home that was practically destroyed. Wood chippings, chimney soot and waste from the squirrel was everywhere along with chewed up baseboards, door frames, windows, a damaged couch and scratched up floors.

“When I opened the door, I saw a ton of wood chips on the ground, so I initially thought someone had broken in and had broken through the door,” Dustin Drees told NBC News on Wednesday.

“We initially thought we had been robbed, but then we started looking around. The TV was still there. A gift card that was left out was still there. Nothing was taken. Maybe someone had broken in and our stuff wasn’t interesting to them?”

30-year-old Dustin Drees said that 10 out of the 13 windows in the home were severely damaged, looking “like someone took a chisel to them.” 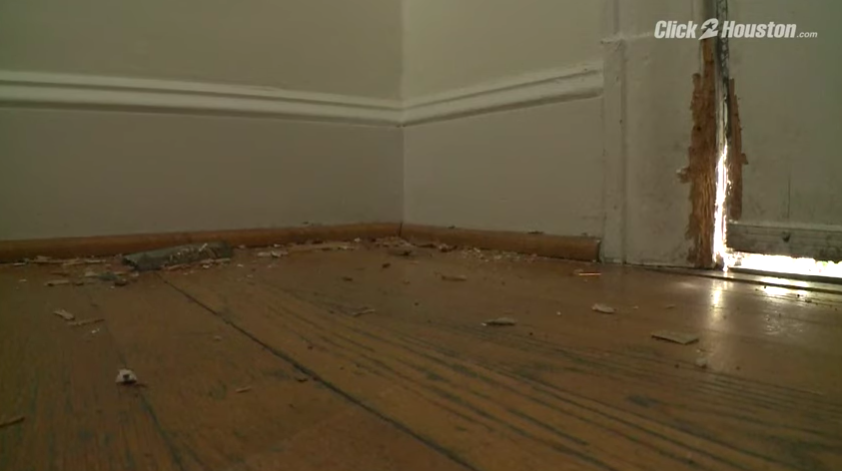 It didn’t take long to piece things together and realize that a squirrel was involved. It had left paw prints everywhere. The Drees’ feel that the rodent came in through the chimney and panicked when he couldn’t get out.

Eventually, the squirrel came jumping out of the couch and tried to escape up the chimney. It took a pest control company to capture the squirrel and remove it.

The security system had gone off a number of times while the couple was away. They suspected something might be wrong but the security service said responding officers had not found any sign of a break-in. Some family friends had also dropped by but they didn’t see evidence that anyone forced their way into the home.

After they got home and saw the damage, they were at least satisfied thinking that their insurance company would cover the damages. 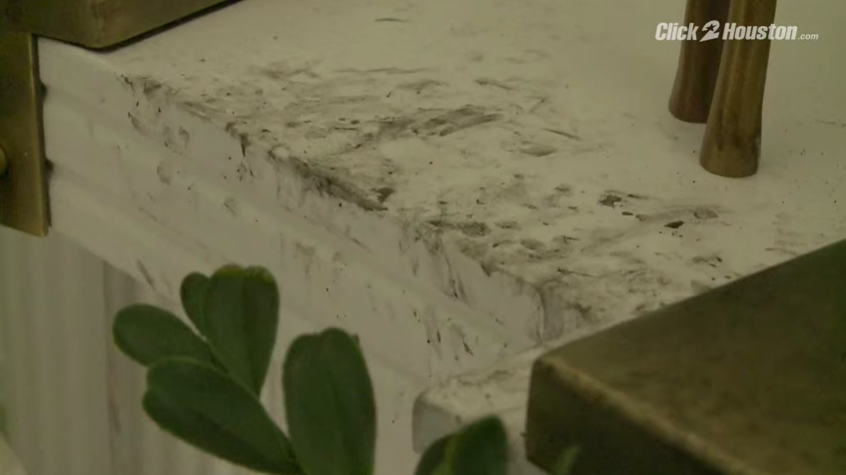 “We’re stressed at first, but we were like, ‘This is why you have homeowner’s insurance. It’s in situations like this.’ … and so we weren’t too stressed,” Kari Drees told NBC Atlanta affiliate WXIA.

A Mercury Insurance spokesman told NBC News on Wednesday that the claim was received but they ruled that the insurance does not cover squirrel damage.

“Unfortunately, damage done to a property by birds, vermin, rodents and insects is not covered. This is explicitly stated in the contract, and all insurance companies we know of have similar exclusions,” according to a Mercury Insurance statement.

The company was willing to pay for two weeks stay at a hotel for the couple “while their home is professionally cleaned,” but they weren’t paying for repairs or cleaning. 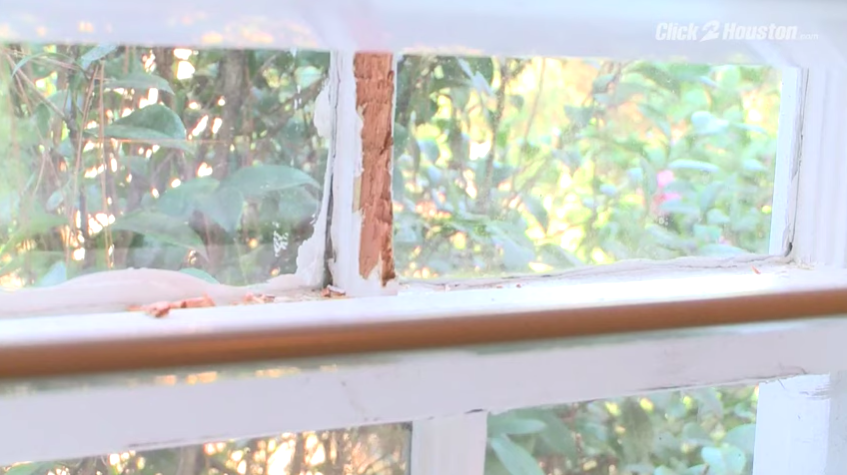 “The stress and the overwhelmingness started to settle in when we found out our claim was denied all due to legal jargon and the definition of a rodent and a vermin,” said Kari Drees, 27.

“It seems like bad faith. It’s just not something you think about,” a squirrel entering through the fireplace, Dustin Drees said.