I’d imagine that being a vet never gets boring – especially if someone brings in a snake that has swallowed an entire beach towel!

In Sydney, Australia, the Small Animal Specialist Hospital definitely had an interesting day after a family brought in their pet python who had managed to swallow an entire beach towel. Needless to say, the vets had to perform an extraction – and the feat was caught on video. 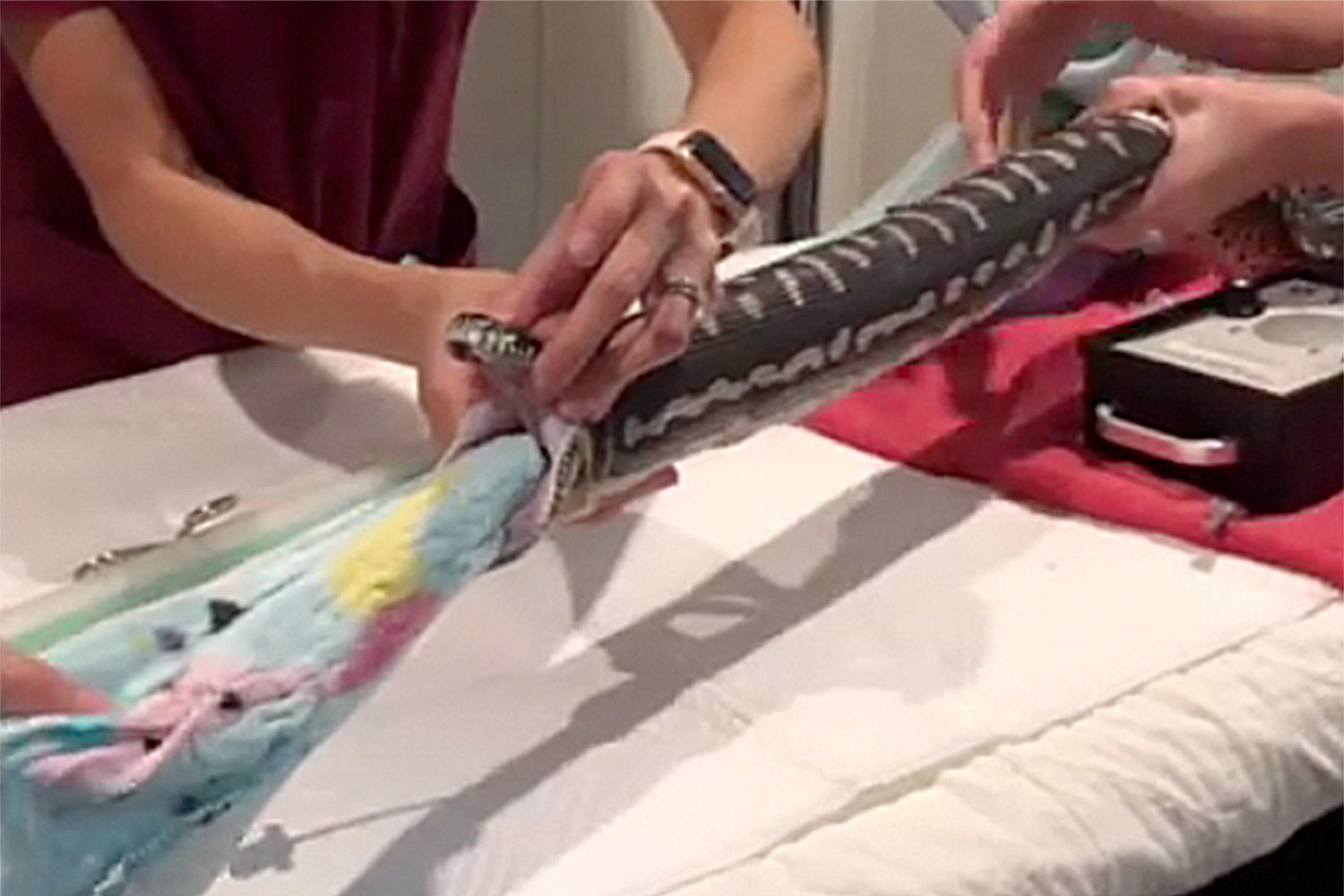 As the SASH wrote on Facebook alongside a video of the towel extraction, “We see all kinds of interesting cases in our Avian and Exotics department, but it’s not every day we see something quite as unusual and as extraordinary as this case.”

Be warned, the footage might be disturbing to some:

The snake was 18-year-old Monty, a female Jungle Carpet Python. She weighs about 11 pounds and when fully stretched out, is almost 10 feet long.

After she consumed the beach towel she had to be treated by Dr. Olivia Clarke who works in the Avian and Exotics Department.

In order to figure out their plan of action, the vets had to first do radiographs in order to pinpoint exactly where the cloth was stuck. Monty had to be anesthetized for the procedure.

Then, using a flexible endoscope, vets managed to see the towel’s end right there in Monty’s stomach. They placed forceps onto the endoscope in order to grab the towel.

That is where the video gets a little disturbing since the team of vets had to slowly tug the towel out through Monty’s mouth.

Afterward, once the towel was removed, SASH added to their Facebook post, saying, “It was smiles all round and we’re happy to report that both Monty and the beach towel have lived to see another day! Monty was discharged from the hospital the same day and her owner reports she is back to her happy, hungry self.”