Woman Finds A 10-Foot Long Snake In Her Christmas Tree

One woman from Brisbane, Australia uploaded some pictures of a surprise that she recently found hidden within her Christmas tree: a ginormous snake.

Leanne Chapman is originally from the UK but made the recent move down under. She was looking forward to her first Australian Christmas, so she and her partner purchased a small fir tree for their outside patio. Then, while outside photographing birds, her partner made the shocking discovery of the 9-foot reptile resting in the tree’s branches.

Leanne gave a recent interview to 7News regarding the incident, and she said, “We came home from work and there’s a couple of butcher birds that visit every day and they were just kicking off on the balcony, going crazy. My partner’s gone out there was actually videoing them because they were going mad.” 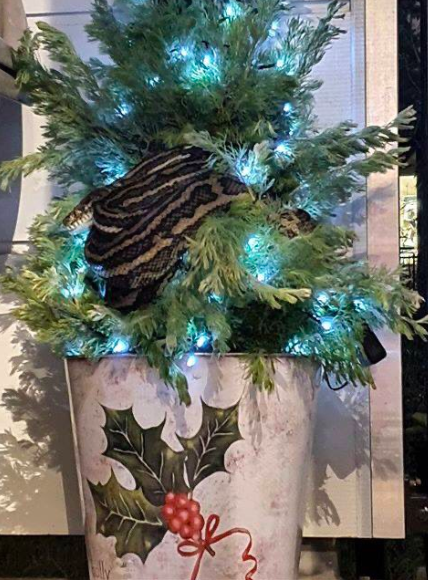 She added, “As he’s turned around and stepped back, he didn’t realize he was leaning on the Christmas tree with the snake wrapped around it. It was a bit of a shock, to begin with. You don’t really expect to see a snake in your Christmas tree.”

Leanne continued, saying, “It was big, really big. It wasn’t bothered by us. It just stayed there for a good few hours as we watched it through the window. We thought it’s not going to do any harm. As long as it didn’t come in the house, it could stay out there. After the initial shock wore off, it was a really beautiful snake. It was actually quite nice to see it that close up because I’ve never seen anything like it before.” 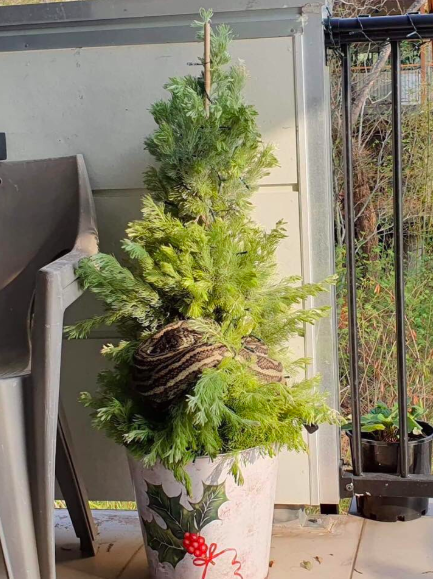 While I would be on the first plane out of Australia, you have to admit she and her partner handled the situation quite calmly.

OMG. Leanne Chapman emigrated to inner-city Brisbane from the UK and is about to have her first Christmas here. She’s got a (live) python in her tree, lucky her … Really, this is not normal. Pics via @abcbrisbane and Leanne 🐍 pic.twitter.com/loEaPVbPPA