With so many people out on the ocean every day trying to make a living on fishing boats, it is almost inevitable that the wrong kind of sea creatures get caught unexpectedly.

But when a helpless marine mammal gets tangled in a horrible mess of discarded netting, it is an entirely different story.

On the water near Owl’s Head, Maine, a fisherman and his crew came across a mass of fishing rope floating on the surface. Upon closer inspection, they realized that there was a tiny seal pup trapped inside, completely unable to move or free itself. 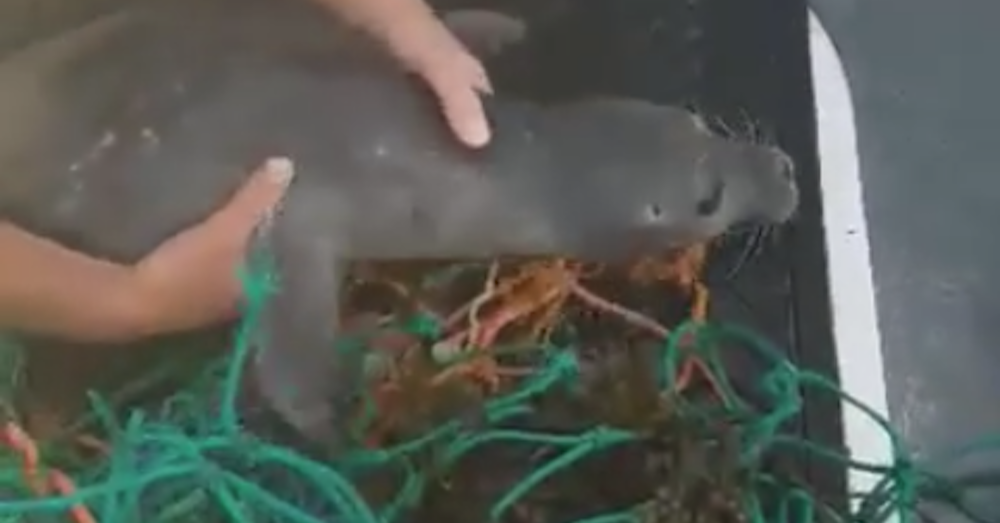 Jeremy Willey and Jeffery H. Dorr Jr. managed to pull the pile of netting aboard onto their boat and began cutting away the tangled mess from the frightened seal.

After quite a lot of cutting, the seal was finally freed from the fishing ropes and was gently released back into the ocean, completely safe from harm.

Harbor seals on the east coast of the United States are typically born between the spring months of April and May, and then they nurse for another six weeks or so before they are able to fend for themselves. 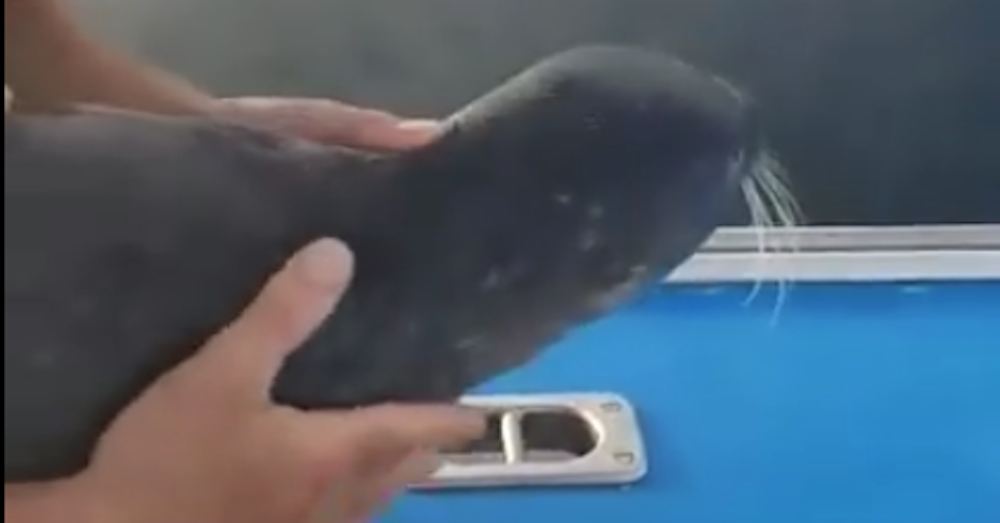 So for this particular baby seal, it probably had just been weaned off of its mother very recently.

Wildlife like this should never have to be subjected to being helplessly trapped like this at such a young age, but with so much discarded and untended fishing paraphernalia in the ocean, it has become a serious problem.

It is up to all of the people who are out on the water every day to be responsible with their equipment and make sure to help in any way they can if they see an animal in danger.

Check out the wonderful rescue below, because the world needs more people like these fisherman!