Sea Turtles Are Thriving Now That Humans Are In Quarantine

The order to stay at home has been heard around the world. It was done to protect human life but it seems as if nature is benefiting from it as well. A reduction in both noise and air pollution is seen in cities around the world and some researchers are saying that the oceans may be quieter as well. There is another benefit to our coronavirus self-isolation, turtles are doing great as they mate and nest without disturbance.

9.5 miles of beach in Florida is monitored by Loggerhead Marinelife Center (LMC). That stretch of beach supports almost 5% of the loggerhead sea turtle nests in the world. The center is closed due to the COVID-19 pandemic but they continue their work of ocean conservation with sea turtle rehabilitation and research.

Part of those conservation efforts has LMC’s research biologists looking at the sea turtle nests found at Juno, Jupiter-Carlin, and Tequesta Beaches. So far, 111 leatherback turtle nests and 163 loggerhead turtle nests have been counted. That is 274 nests, much higher than the average number seen this early in Palm Beach County. Turtle nesting season lasts from March 1 till October 1 every year. 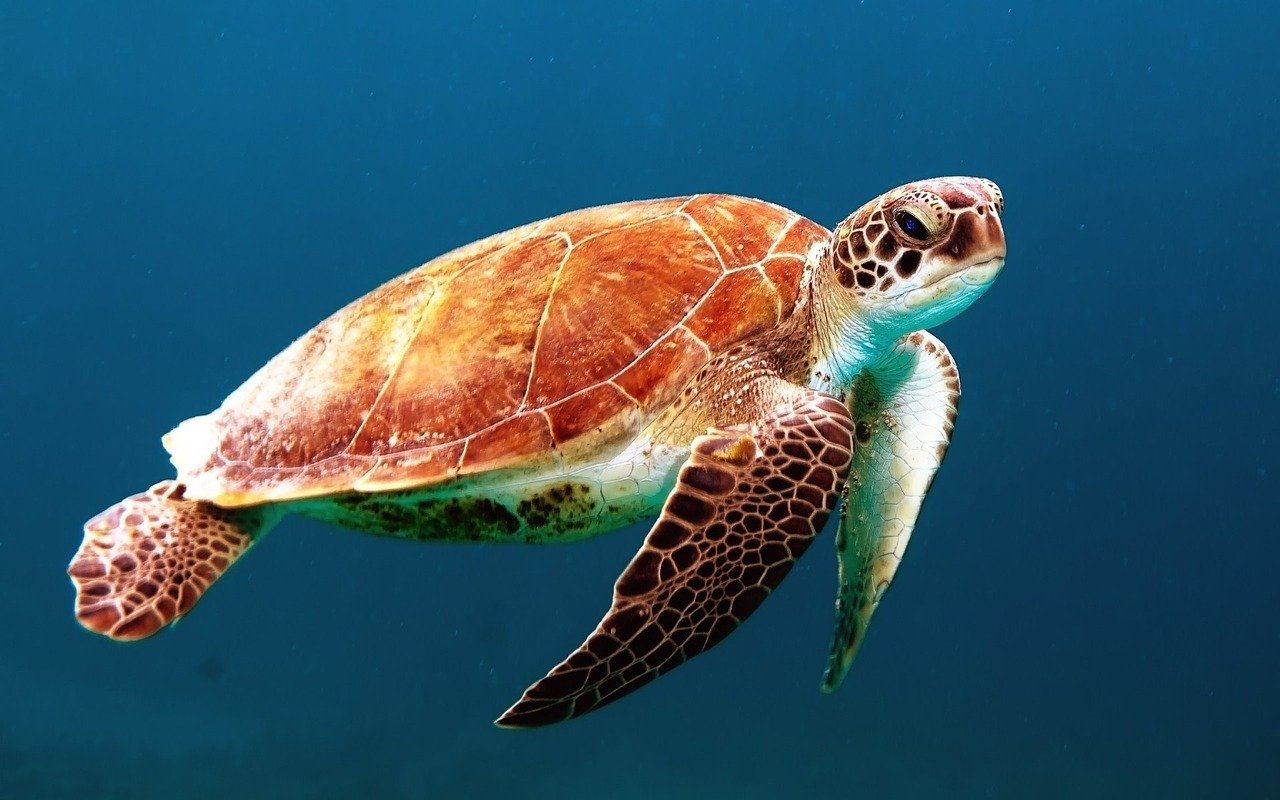 Since dogs and people were not allowed on the beaches, the center feels that the nests are going to be undisturbed and the hatchlings will do quite well.

“We’re excited to see our turtles thrive in this environment,” Sarah Hirsch, the senior manager of research and data at Loggerhead Marinelife Center, told CBS 12 News. “Our world has changed, but these turtles have been doing this for millions of years and it’s just reassuring and gives us hope that the world is still going on.”

A photo of a baby sea turtle was shared by IFL Science on Instagram. They included LMC’s findings: “While much of the planet is staying at home due to the ongoing Covid-19 pandemic, sea turtles appear to be taking advantage of the peace and quiet,” they posted. “While it’s still early in the season, the number of nests looks promising. It’s too soon to say whether this boost in numbers is directly attributed to the Covid-19 lockdown measures, but either way, it’s reassuring to see this fragile natural process continuing to tick on despite the wider problems in the world.”

While much of the planet is staying at home due to the ongoing Covid-19 pandemic, sea turtles appear to be taking advantage of the peace and quiet. At least 76 leatherback sea turtle nests have been found on Juno Beach in South Florida since the end of February, according to the Loggerhead Marine Life Center. While it’s still early in the season, the number of nests looks promising. It’s too soon to say whether this boost in numbers is directly attributed to the Covid-19 lockdown measures, but either way, it's reassuring to see this fragile natural process continuing to tick on despite the wider problems in the world. Leatherbacks (Dermochelys coriacea) are the largest living species of turtle, weighing up to 900 kilograms (just under 2,000 pounds) and measuring up to 1.8 meters (6 feet). Unlike other species of sea turtle, they don’t have a hard shell or scales but a back covered with firm rubbery skin. The species is considered vulnerable to extinction under the IUCN Red List and is thought to be suffering from declining numbers across the world. Image credit:greenmanyong/ Shutterstock

Turtles are being helped in other areas because of beach closures. In Thailand, researchers found more nests than are typically seen on the beaches of Phuket, which is a gathering place for tourists.

“This may have positive impacts on the environment in marine conservation in the long term as well,” Kanokwan​ Homcha-ai, a supervisor at the Mai Khao Marine Turtle Foundation, told CNN. “Not just sea turtles, but other marine species such as dolphins and dugong that live in the region have also increased in numbers according to a government survey, such as hermit crabs and other food sources for marine animals.”