When looking down into the depths of the ocean, there are a lot of crazy-looking creatures that look like they may have come straight from outer space or even another dimension.

Fish like the Northern Stargazer might have a name that makes it seem like something that is colorful, bright, and cuddly, but when you look at them, it is an entirely different story.

Cuttlefish are another example of how something’s name doesn’t even come close to describing the fear that these creatures inspire when they find something tasty to eat. 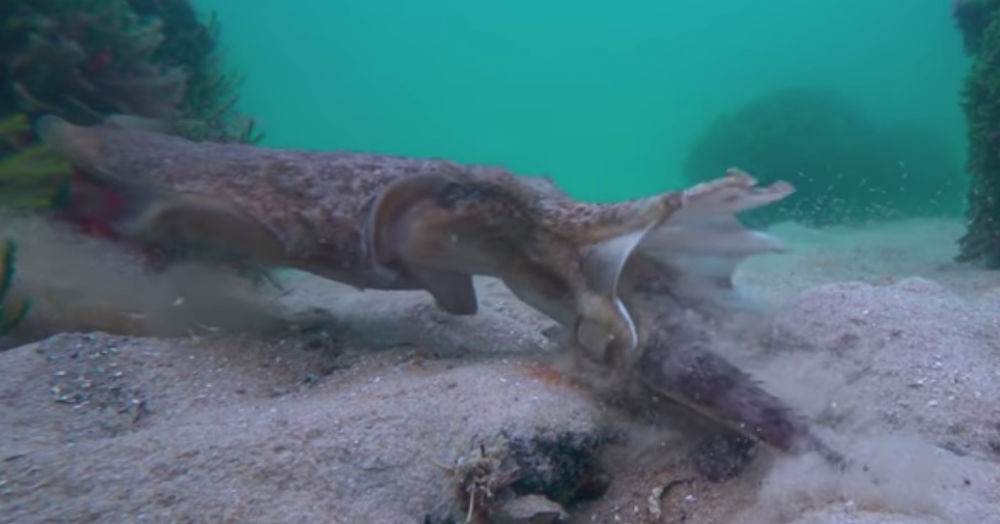 Even though they are called “fish,” cuttlefish are actually a type of cephalopod that look very similar to squid. They are shaped almost exactly the same as a squid, they have two extra-long feeding tentacles, and they also have an internal shell called the cuttlebone to help them hold their structure.

These small predators only reach about 20 inches long in their largest species, and they hunt the ocean for small molluscs, crabs, shrimp, fish, octopuses, worms, and every once in awhile, other cuttlefish.

The scariest part about cuttlefish, however, is the actual manner in which they get ahold of their prey. 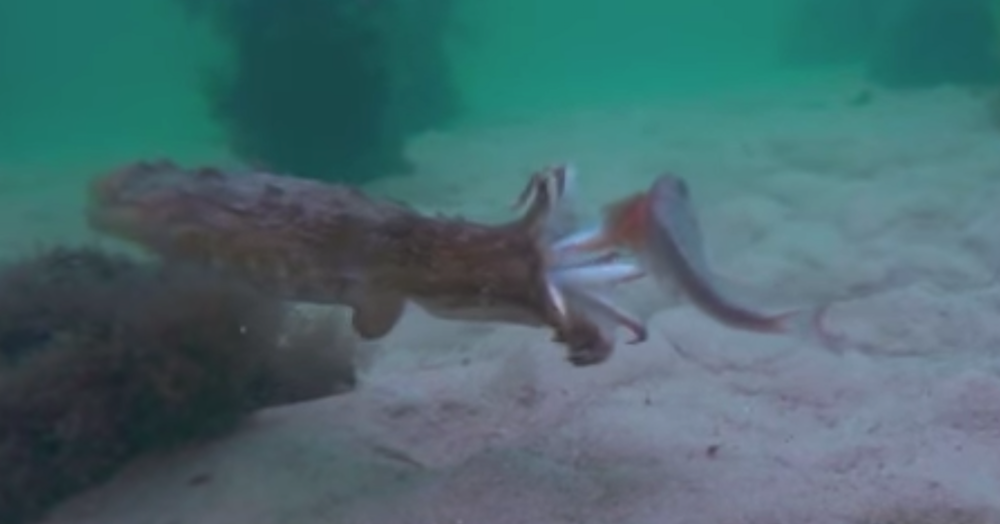 By utilizing their color changing abilities like their squid and octopus cousins, cuttlefish are able to hide in plain sight, lying in wait for whatever meal dares to venture near them.

When something does come past that looks like an easy target, cuttlefish lash out with their two tentacles at lightning speed, grab their prey with the dozens of suckers, and then slowly bring the food in towards their beaks with their remaining arms.

The key piece of anatomy for cuttlefish and their ability to eat is their feeding tentacles. These two long arms are much longer than the rest of their tentacles and let the cuttlefish lash out at their victims and trap them with ease.

To see what it actually looks like for these creatures to go after an unsuspecting meal, check out the incredible footage below. But beware, it might give you nightmares!