Sardines are part of the herring family, Clupeidae. The fish are silver and small–usually measuring about 6 to 12 inches. They swim in large schools, often called shoals, consuming vast quantities of plankton. 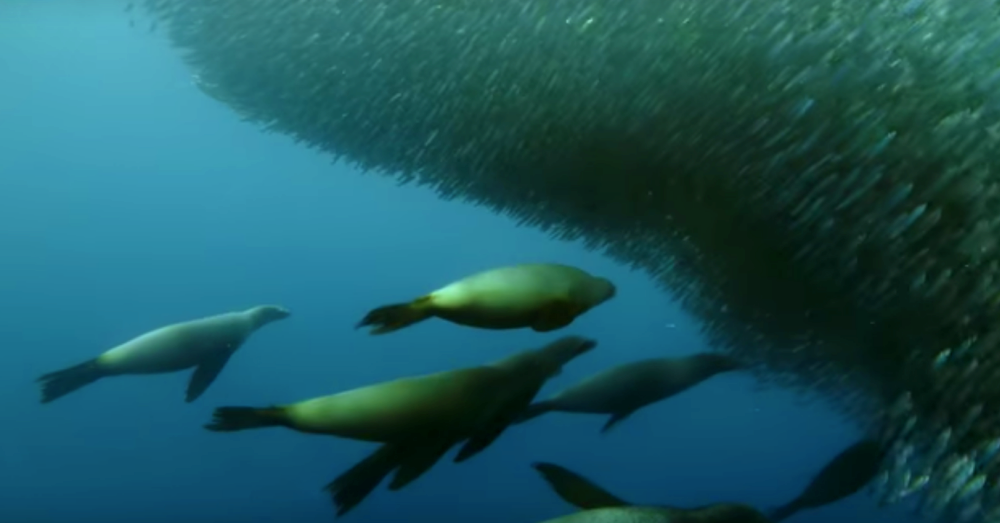 One of the things they’re best known for is their consumption by humans.

However, it’s not just humans they have to worry about. These little guys have a lot of natural enemies–animals happy to try to feed on a shoal as they migrate along coasts! 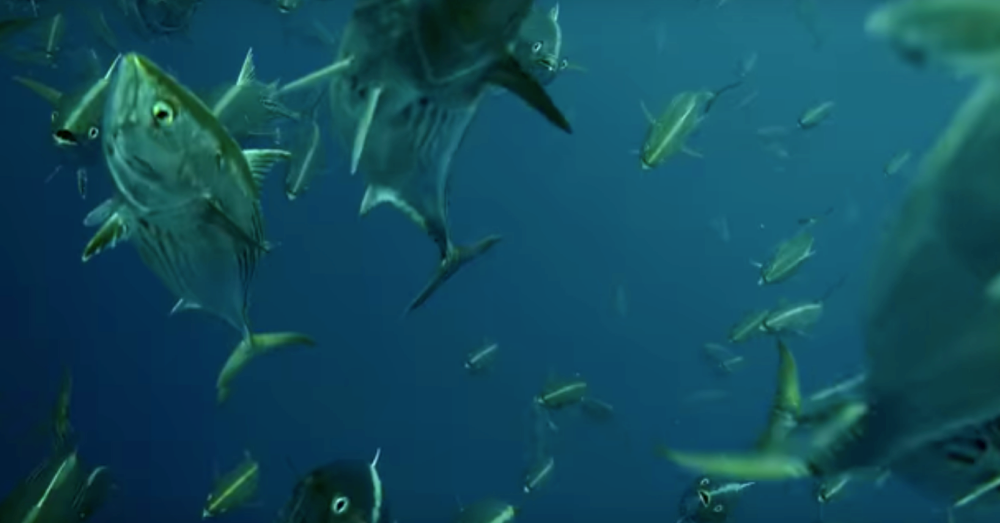 Take for instance, the sardines in the video below. First, they face an attack from a group of sea lions! And while you’d think that these tiny fish wouldn’t stand a chance against the huge sea mammals, they actually have some impressive strategies to defend themselves.

But their struggle isn’t over. The sea lions certainly aren’t giving up, and just when you think their efforts are futile, along comes a group of tuna. Followed by sea birds and sharks! And it doesn’t stop there!

Take a look at what turns into a breathtaking dance between predators (so many predators!) and prey!