We Thought The Great Barrier Reef Was Dead For Good, But We Were Wrong

In a list of the biggest losses the world has experienced in the last decade, you would likely find the Great Barrier Reef near the top. Following a period or widespread coral bleaching between 2016 and 2017, the reef had all but crumbled, or turned to lifeless rock.

The Australian summer has a way of reinvigorating life, it seems. And now, two years later, you can expect to find the GBR on an entirely new list. 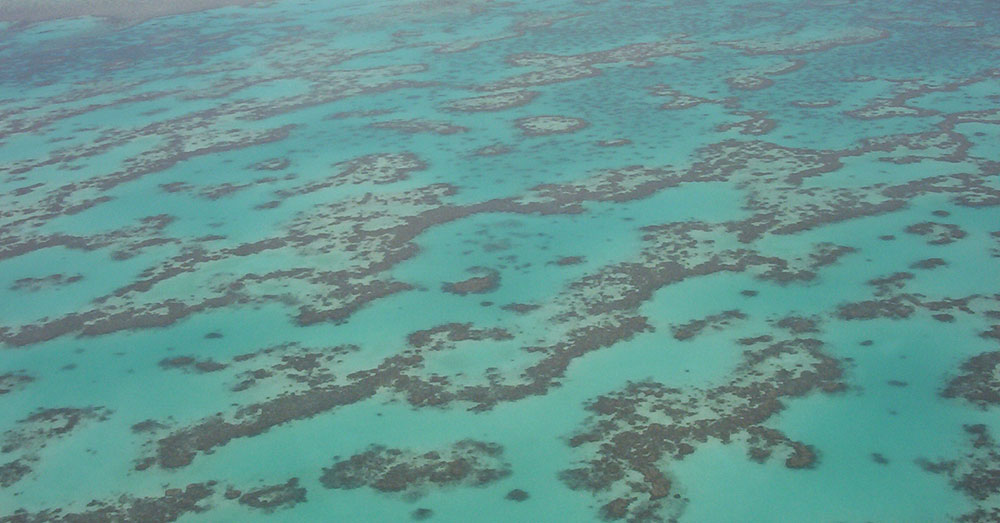 Source: Wikimedia Commons
The Great Barrier Reef from above.

A report from the nonprofit Reef & Rainforest Research Centre (RRRC) indicates that the GBR is bouncing back after a cooler summer season down under. Added to that, the cooperation of science, industry, and government sectors, Bloomberg reports, and things are looking up for this world wonder.

The GBR spans over 1,430 miles along the coast of Northeastern Australia’s state of Queensland, the longest coral reef in the world, both home and a source of food for countless marine species. But, over the past few decades, owing to increasing water temperatures and pollution, the reef began to bleach itself in response. Coral produces a photosynthetic algae zooxanthellae when under environmental stress. There is a tipping point at which the bleaching is irreversible, and the coral will eventually die. 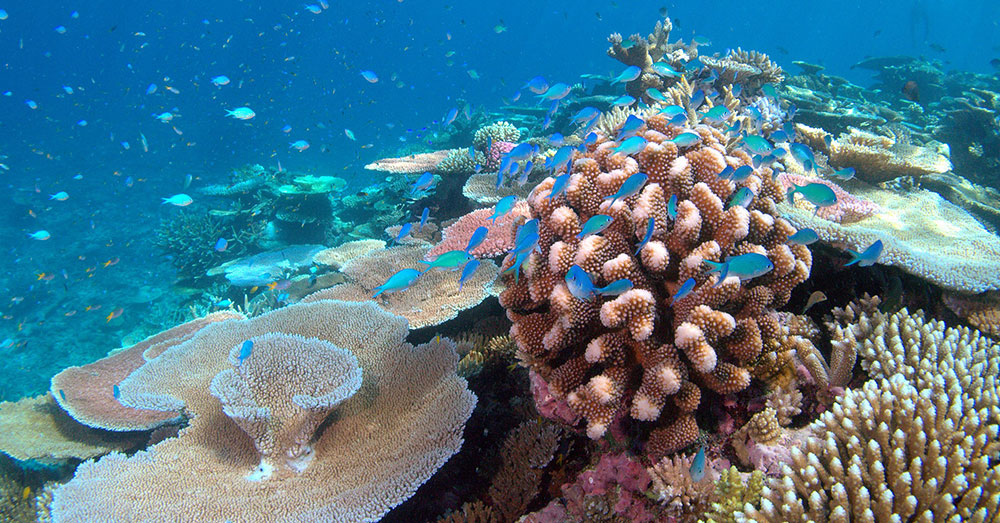 Many assumed the GBR had reached that point. Thankfully, they were wrong.

Coral is incredibly resilient, it seems, and the reef is slowly but steadily recovering.

“When a reef is reported as ‘bleached’ in the media, that often leaves out a critical detail on how severe that bleaching is, at what depth the bleaching has occurred and if it’s going to cause permanent damage to the coral at that site,” said RRRC Managing Director Sheriden Morris. 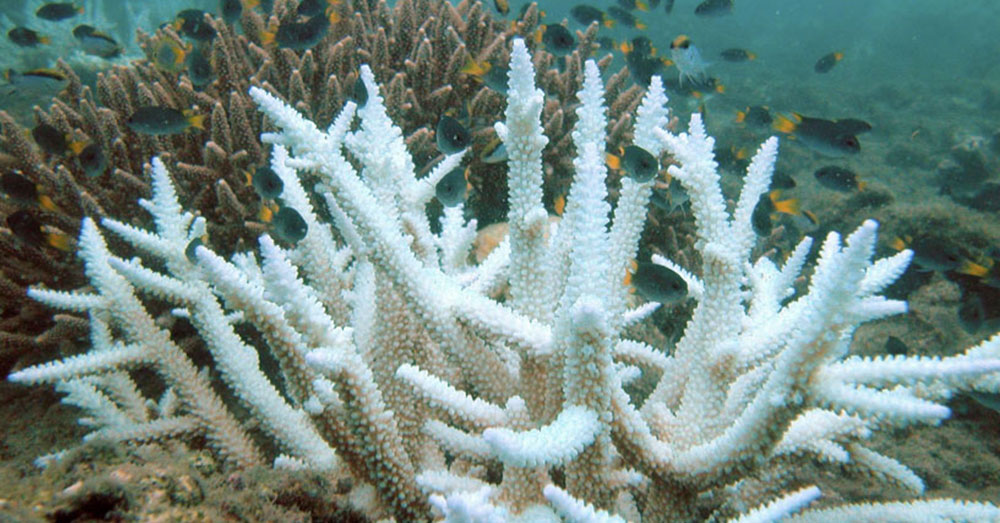 In this case, the bleaching is akin to a severe “sunburn,” though Morris says, the GBR “has significant capacity to recover from health impacts like bleaching events.”

There’s hope, but don’t get too optimistic.

In 2016, the National Oceanographic and Atmospheric Administration provided an outlook of the GBR’s plight in comparison to other coral structures that have reached the point of mortality. The Barrier Reef may be on the rebound, but recovery is a long process, and with rising carbon dioxide concentrations in the atmosphere, it may not last long. 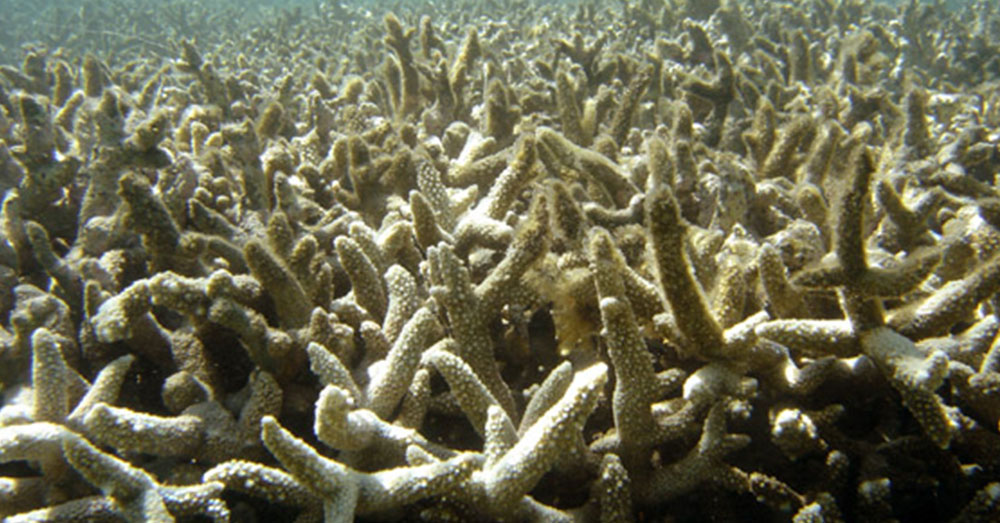 “Recovery when corals die can take a long time, however,” NOAA maintains. “Even in the most remote and hardy places (such as the northern Great Barrier Reef), recovery following the 1998 bleaching event took 10 to 20 years. Elsewhere along on the reef, severe bleaching events or local disturbances have been occurring so often that significant recovery has been limited.”

At the time that statement was published, the GBR was thought to have lost 30 percent of its living structures, mostly in shallow waters. Global response to the loss of this ecosystem has been swift and substantial, though a little late for the comfort of the coral. 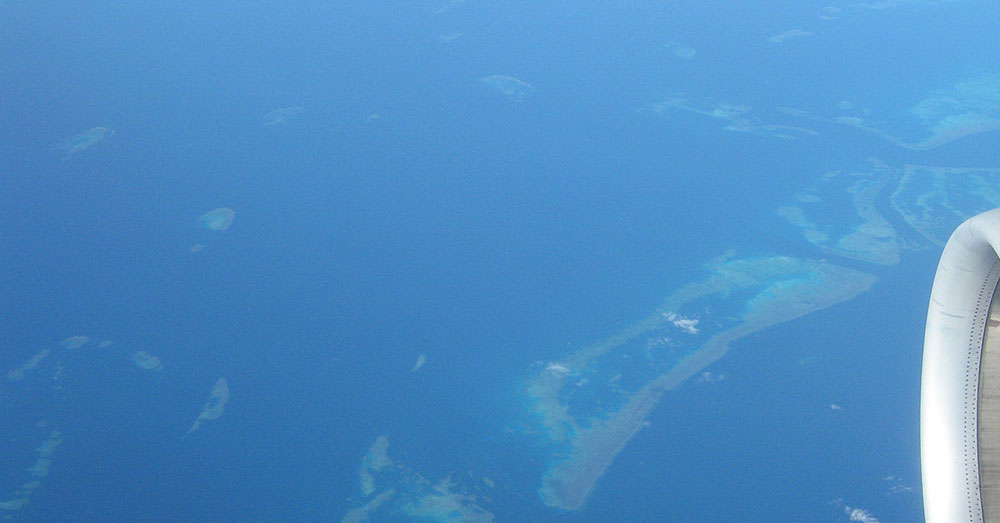 Source: Wikimedia Commons
The Great Barrier Reef from an aircraft, thousands of miles above the Pacific Ocean.

The GBR is not only important to the environment and marine life, it supports a robust economy in the southern Pacific.

The Australian Federal Government earmarked $379 million to the restoration of the reef in April 2018. And, Deloitte Access Economics estimated the system was worth at least $39 billion in 2017, linked to thousands of jobs that keep more than $4.5 billion circulating every year. 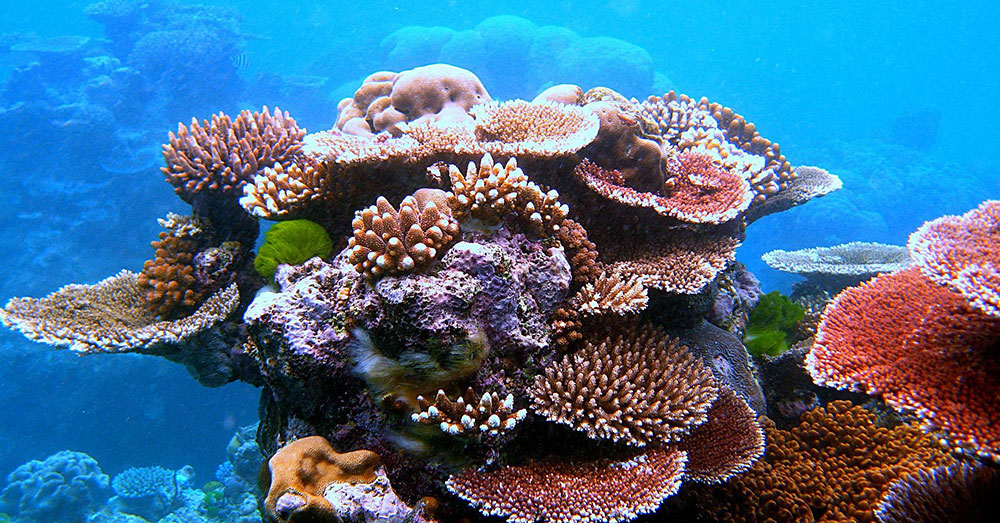 Source: Wikimedia Commons
There may be hope for this reef yet!

Despite this good news, not everyone is convinced the GBR has a chance. A paper published in April 2018, in the journal Nature explained how the 2016 catastrophic die-off in the reef has caused permanent damage to the local ecosystem.

“The coral die-off has caused radical changes in the mix of coral species on hundreds of individual reefs, where mature and diverse reef communities are being transformed into more degraded systems, with just a few tough species remaining,” wrote study co-author Professor Andrew Baird,a coral expert at James Cook University. “ The prospects for a full recovery to the pre-bleaching coral assemblages are poor.”