Right before the Halloween season approaches England and the surrounding countries, Hurricane Ophelia is bearing down on the area with wind gusts clocking in at well over 100 MPH.

But the storm also had some incredibly eerie foreshadowing when it caused the sun to turn a bright red color that could be seen all across England on Monday, October 15th.

According to BBC weather presenter Simon King, the color is likely due to the storm bringing in tropical air and dust all the way from the Sahara. The dust caused less blue light from the sun to shine through, making it appear red instead of its usual orange.

“Ophelia originated in the Azores where it was a hurricane and as it tracked its way northwards it dragged in tropical air from the Sahara,” King said. “The dust gets picked up into the air and goes high up into the atmosphere, and that dust has been dragged high up in the atmosphere above the UK.”

But before all of this information was revealed to the public, many people across the United Kingdom woke up to a very scary sight and were definitely confused as to why the sun was looking so much more different than usual.

What’s with the red sun in Somerset this morning? 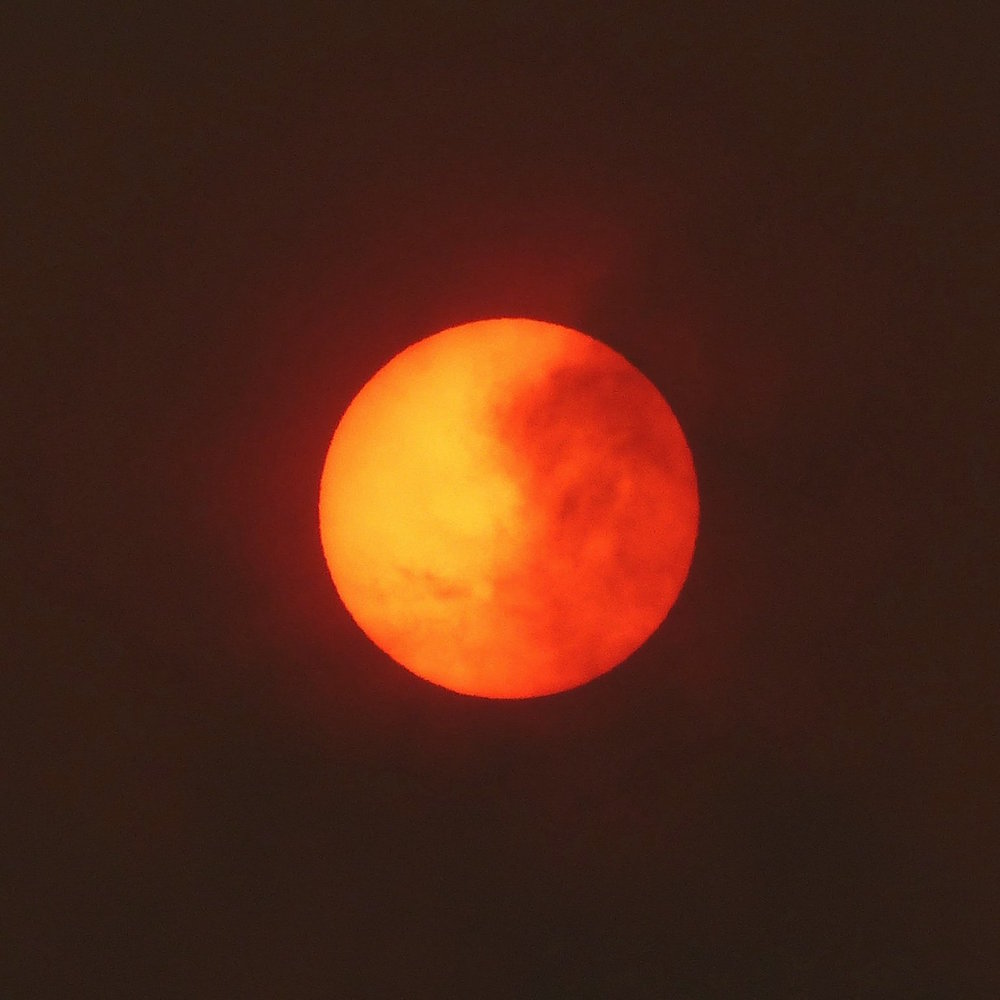 It’s the end of the world as we know it 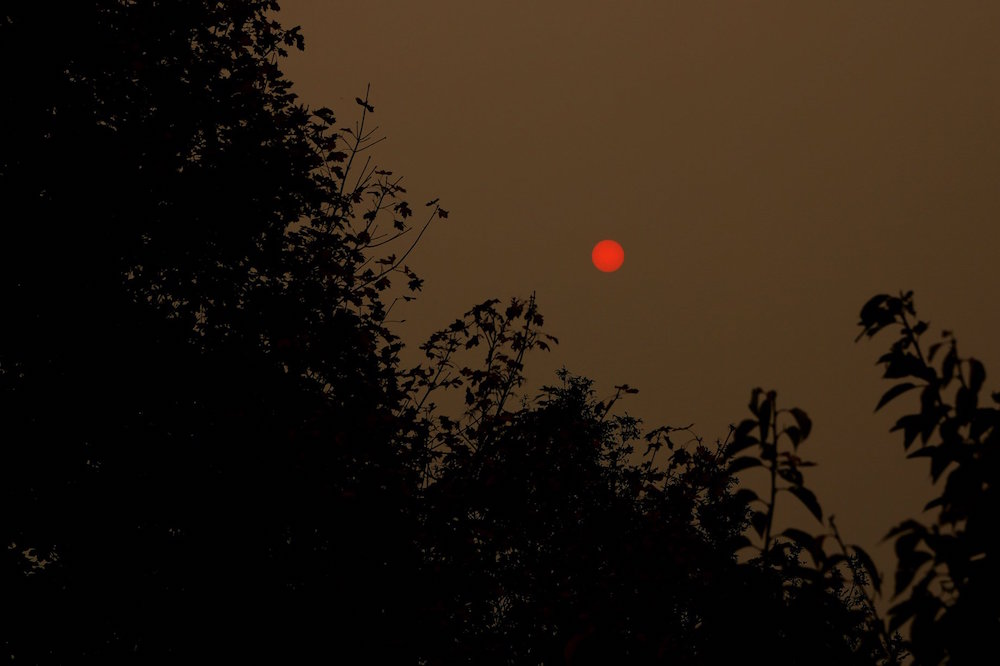 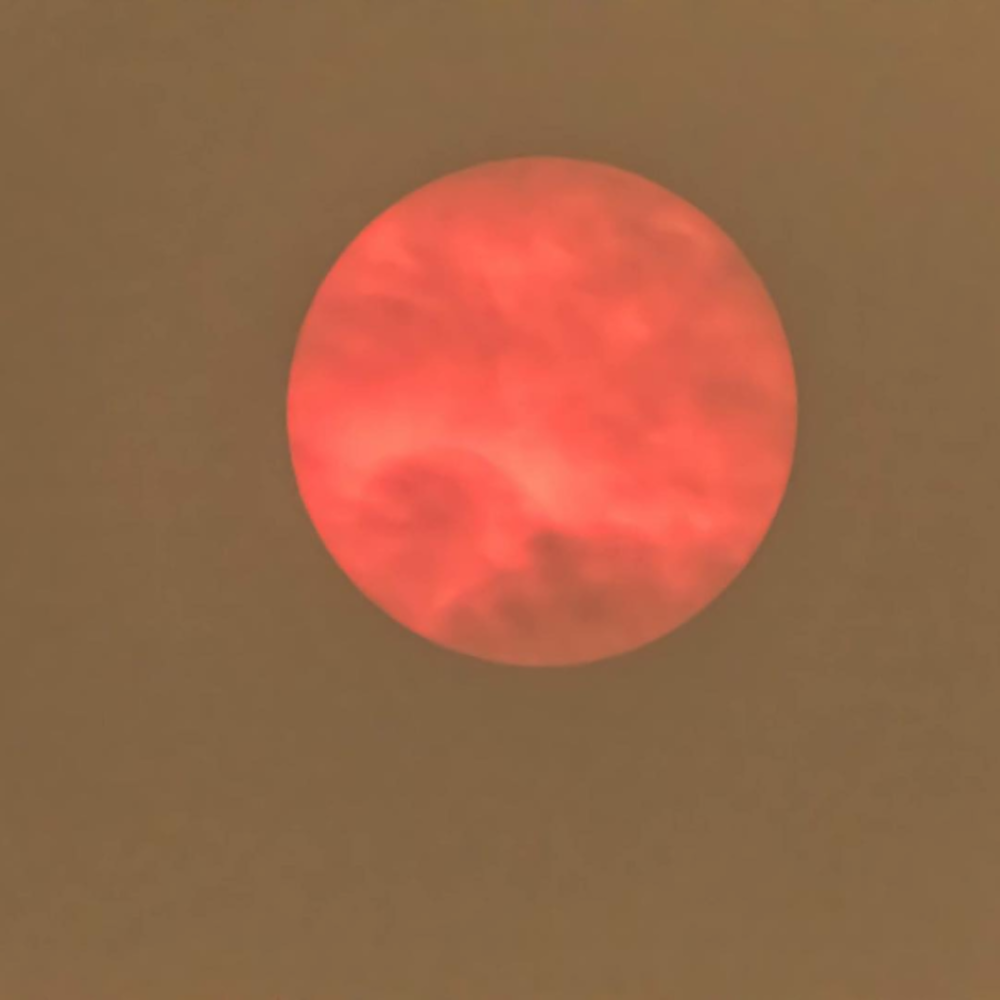 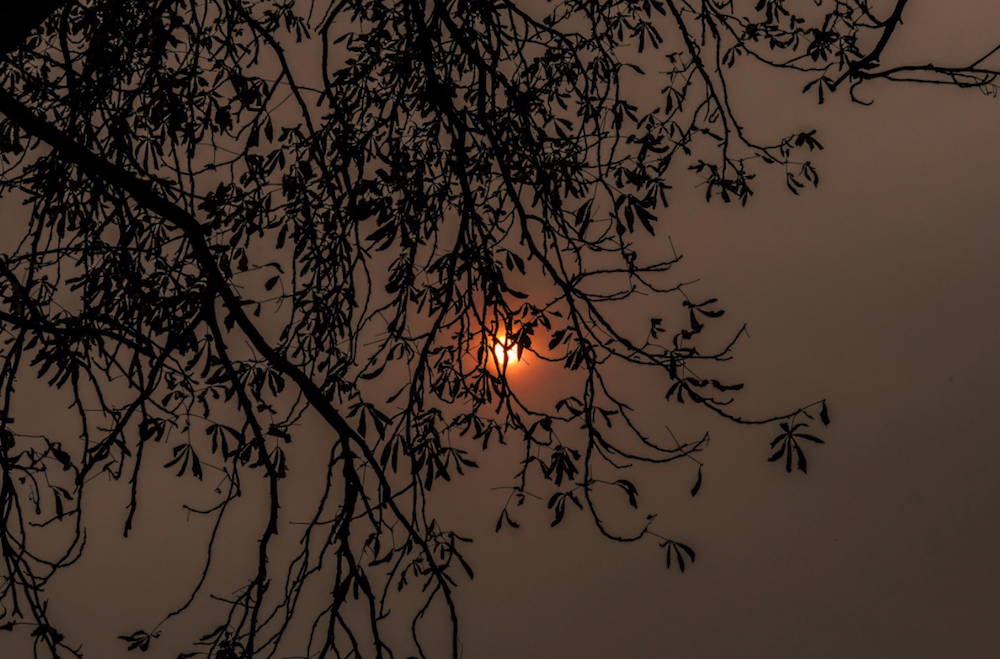 Waking up to a sight like that definitely would be something worth questioning, especially when you know a massive storm is soon to hit your shores.

As Ophelia is currently battering its way into Ireland and the surrounding areas, it’s important to remember to stay safe and seek the appropriate shelter if you are in the affected areas.