Scientists Shocked When Rare White Orca Swam Up To Their Boat

Sometimes in the wild, even though animals are almost always colored certain ways, there can be times when they are born with a coloration pattern that is extremely rare.

Certain types of deer can develop a condition of partial albinism, making a part of their body grow without any pigmentation whatsoever. Every once in awhile, someone will spot a completely blue lobster or even a zebra whose stripes look like they got all mixed up.

When people stumble across these animals, especially scientists and wildlife researchers, there is certainly a lot of excitement involved because of how few of these animals exist in the wild.

“The Image Was Fixed In Our Minds” 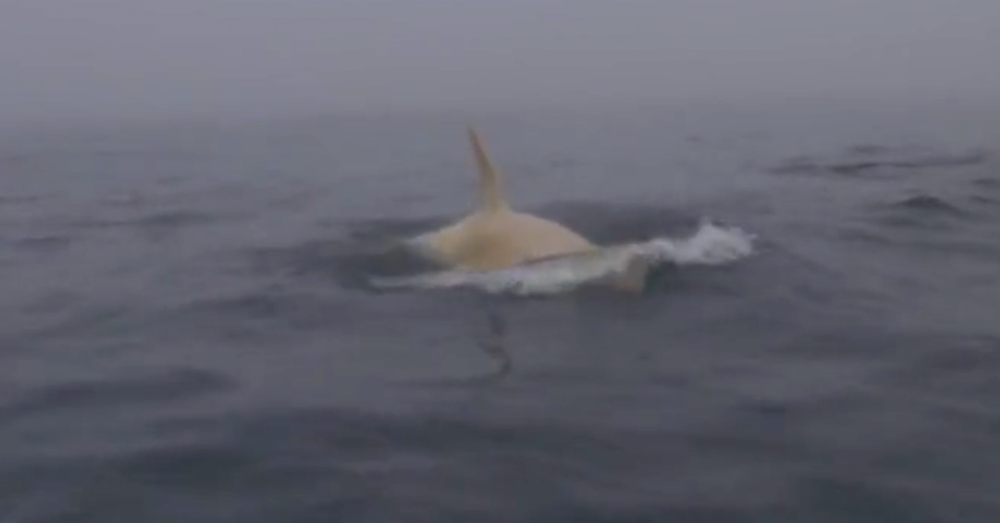 And for a group of said scientists who were exploring the ocean off the Russian coastline, they stumbled across something that completely floored them. Especially since it swam right up next to their boat.

What they found was a coloration of animal that only occurs in one out of ten thousand: a completely white orca.

Eric Hoyt, co-director of the Far East Russia Orca Project and research fellow with Whale and Dolphin Conservation, managed to get some incredible footage of the sighting, and he hardly had the words to express his excitement.

A Coloration That Only Occurs In One Out Of Ten Thousand 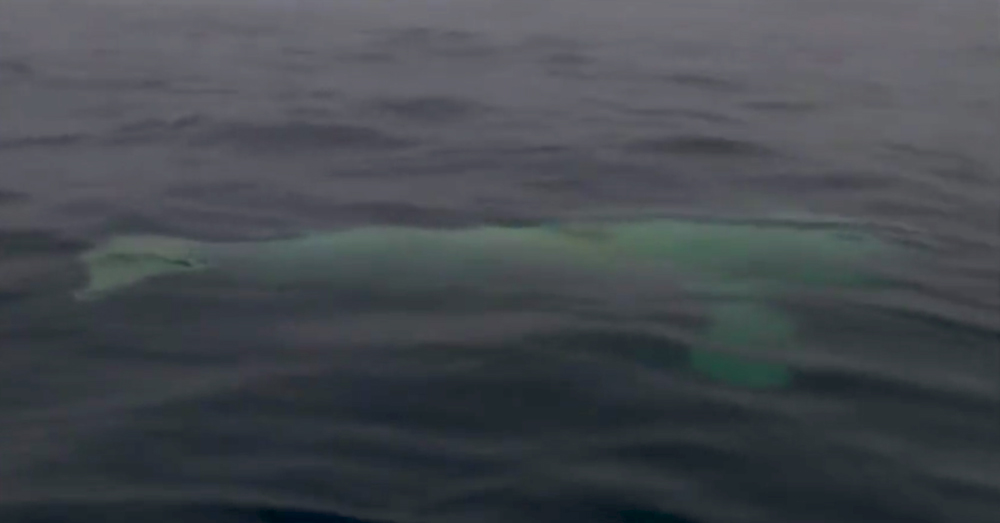 “Suddenly a group of orcas approached us, and right next to the boat, a white orca surfaced,” Hoyt said. “It was not the famous Iceberg (a famous white whale), but a small white orca, likely a juvenile. We soon lost the whale in the fog, but the image was fixed in our mind.”

For Hoyt and his team, they themselves have seen only four white orcas over the past seven years of spending hours and hours on the ocean.

Since these animals are so incredibly rare, scientists have not yet decided if the all-white coloration is due to albinism or if it is just an extremely rare color pattern that happens in orcas.

But much like Captain Ahab making his desperate search for Moby Dick, professionals will continue their pursuit of trying to find more in order to uncover the mystery of the elusive white killer whales.

Check out the amazing footage in the video shot by Hoyt below, and just imagine what it would be like to have something that incredible swim up to your boat!