Nature Is The Coolest! Look At This Ice Circle!

Back in 2013, this large, rare ice circle formed in the Sheyenne River in North Dakota. Formed by ice getting caught in an eddy, ice circles are generally found in larger rivers typically to the north in the Arctic, Canada, and Scandinavia. According to Discovery.com, these ice circles are essentially a collection of ice cubes that gather together in the eddy. The more ice bits that float its way, the larger it becomes. This one measured over 50 feet across, which is pretty rare. It was found by a retired engineer while he was out hunting.

Have you come across something really cool in nature? We’d love to hear about it! You can also help our environment by checking out The Earth Site Store.

At Least 40 Koalas Massacred At Site Of Clearcutting In Australia: Click “Next” below! 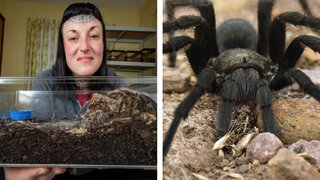