Severe flooding and landslides in Assam, India, have claimed the lives of 66 wild animals and 80 people, so far. The Kaziranga National Park, home of the rare one-horned Indian rhinoceros and many other species, is 95% underwater putting wildlife at risk.

Just like the locals, many of the wild animals are seeking higher ground to ride out the massive flooding. Animals are leaving the park and heading to the hills of Karbi Anglong. While some animals are good swimmers, others need help getting there. 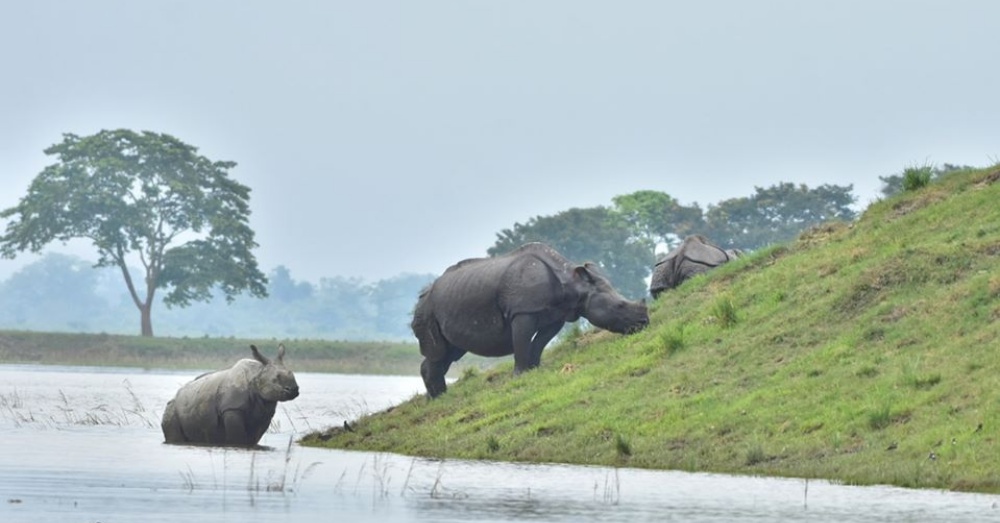 Park officials said that over 170 wild animals were rescued, including tigers and a rhino calf. Rangers helped guide two tigers over a busy highway and rescued one that took refuge in a local’s shed. A rhino calf became separated from its mother but was saved by rangers and brought to the rescue center.

A female rhino calf was separated from her mother due to high flood in the Agartoli range yesterday. As we could not locate the mother, team CWRC along with @kaziranga_ staffs rescued it and currently under care at our rescue centre-CWRC. @ParimalSuklaba1 @wti_org_India pic.twitter.com/LLPHrDPQ8Z

People around the world are commending rangers, local police, and villagers on coming together to save the lives of people and animals. 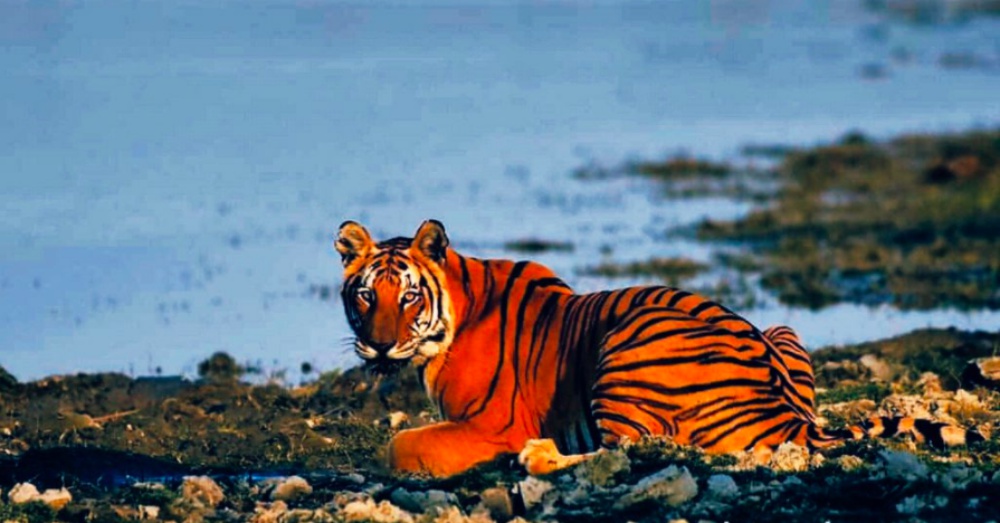 Every year the area experiences severe flooding during monsoon season (June-September), endangering millions of people and animals. However, that isn’t the only threat the animals face.

One of the animals that calls the national park home is the greater one-horned rhino, which is classified as vulnerable and at risk of going extinct. Originally, the threat was solely due to poachers killing the innocent animals for their horns, but the annual flooding has now taken a toll on the rhinos.

Each and every life matters.
The amount of resilience our animals are showing every year is incredible and unimaginable.
They are already under tremendous stress.
Please don’t disturb them.
Wildanimals need “NOT SYMPATHY BUT RESPECT ✊”#Respectwildlife #KAZIRANGA #flood pic.twitter.com/7wduRQ7StD

During last year’s monsoon season 17 rhinos were killed. The threat of poaching is also increased for the rhinos and elephants during this time as they leave the thick brush and head to open hills. “The period of flood in Kaziranga has been a golden time for poachers … as the rhinos move to high lands in search of rehabilitation and fodder and escape the floods,” Parimal Suklabaidya, the environment and forest minister for Assam state, said.

Since the floods occur annually, the government took action to protect the rhinos and other species of the park by forming a Special Rhino Protection Force. It consists of 82 members who will guard the Kaziranga National Park from poachers.

“Together we can and we will control Rhino poaching.”