6.4-Magnitude Earthquake Leveled Parts Of Puerto Rico Before A Series Of Aftershocks Made Matters Much Worse

Nearly the entire island of Puerto Rico is without power or water after a series of earthquakes shook cities, prompted landslides, and leveled homes many residents are still too fearful to return to.

The first earthquake struck at 6:32 a.m. south of the coastal city of Ponce, about 6 miles underwater, USA Today reports. This 6.4-magnitude quake was followed by smaller ones throughout the morning, beginning with a 4.9-magnitude quake at 10:51 a.m.

After the first earthquake, residents cleared out of their homes and moved away from any building or power lines that might collapse. The aftershocks heightened the tension, but when they died down, many residents were left with nothing but rubble in place of their homes.

“This is hell,” said Alberto Rodríguez, 43, whose home was destroyed in the earthquake. “We haven’t slept. … You can’t remain calm here. Guánica is no longer a safe place.” 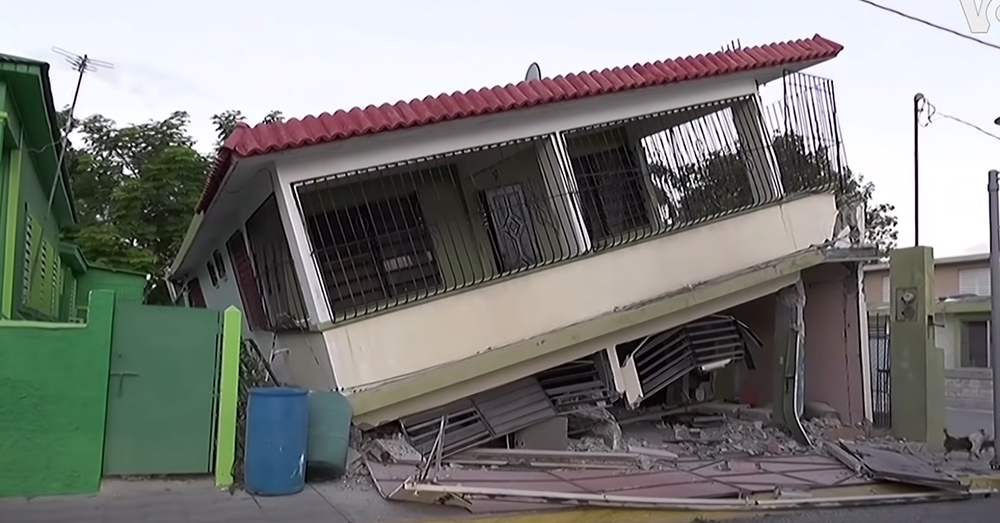 Source: YouTube/VOA News
Homes in Puerto Rico have been destroyed by the earthquake.

Many working-class families in the hardest-affected areas of Guanica have no insurance, and little means of rebuilding their homes.

There has been only one death recorded so far, CNN reports, but many now have to deal with rebuilding their homes and a lack of electricity and water for what could be weeks. 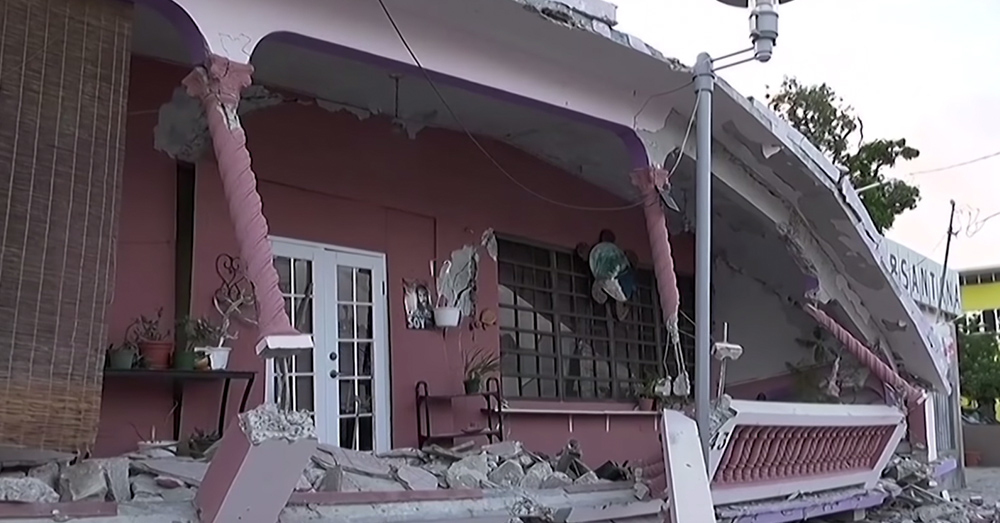 Source: YouTube/VOA News
Few residents are willing to go back into their homes without power or water.

“We have responded to many difficult situations, and here we are once again … helping our people move forward,” said Gov. Wanda Vázquez Garced.

According to Angel Vazquez, emergency management director for the southern coastal city of Ponce, “This is one of the strongest quakes to date since it started shaking on Dec. 28,” he told The Associated Press. “It lasted a long time.”

Puerto Rico lies on the Puerto Rico Trench, the deepest part of the Atlantic Ocean, and a point of friction between the North American and Caribbean tectonic plates. When these plates move closer together or further apart, the resulting earthquakes can have deadly consequences on land. 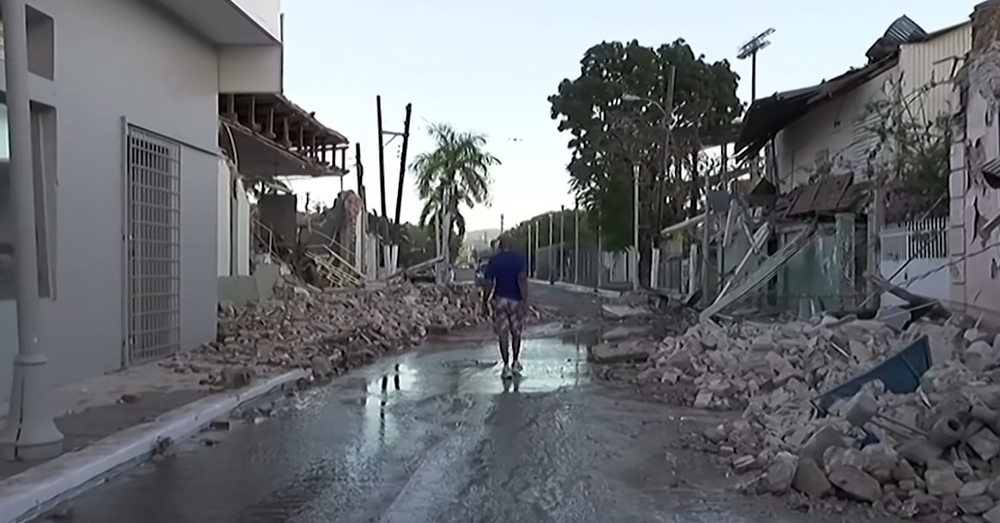 Source: YouTube/VOA News
It’s unknown how long residents will have to wait before their utilities are restored.

This is the first disaster to affect the island on such a massive scale since Hurricane Maria swept through in 2017, leaving all 3.4 million residents of Puerto Rico facing a desperate humanitarian crisis. Still, Puerto Rico Police Commissioner Henry Escalera told CNN the two disasters are hard to compare.

“There’s no warnings for this,” he said about the earthquakes. “A hurricane gives us time to plan ahead.”

Half a Billion Animals Killed In Australia Wildfires: Click “Next” below!