Proboscis Monkeys: What’s The Deal With Those Noses!?

Proboscis monkeys are, perhaps, just a little bit ridiculous looking. They lack the dignity of the great silverback gorilla. They don’t give off the same sense of warmth and compassion as the orangutan. And they lack the striking coloring of the golden lion tamarin. However, that’s not to say they’re not striking in another way.

I mean, come on. Look at that nose: 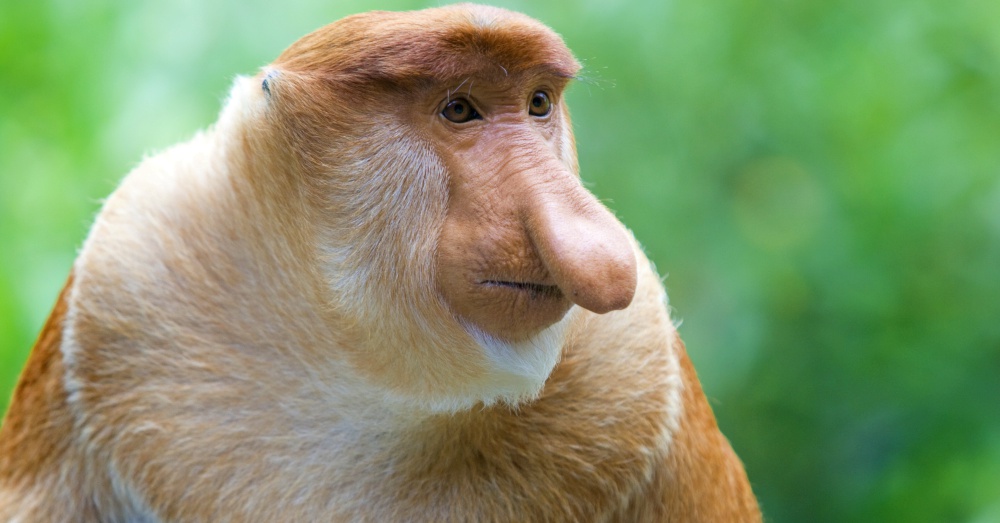 These large-nosed creatures can be found in the jungles of Borneo, primarily near the island’s swamps, rivers, and mangroves. Like many of their cousins, they are mostly arboreal and really only spend time on land with the purpose of finding food, which consists of seeds, leaves, unripened fruit and the occasional buffet of insects.

Proboscis monkeys pend much of their time in harems comprised of one male, up to seven females, and their offspring. 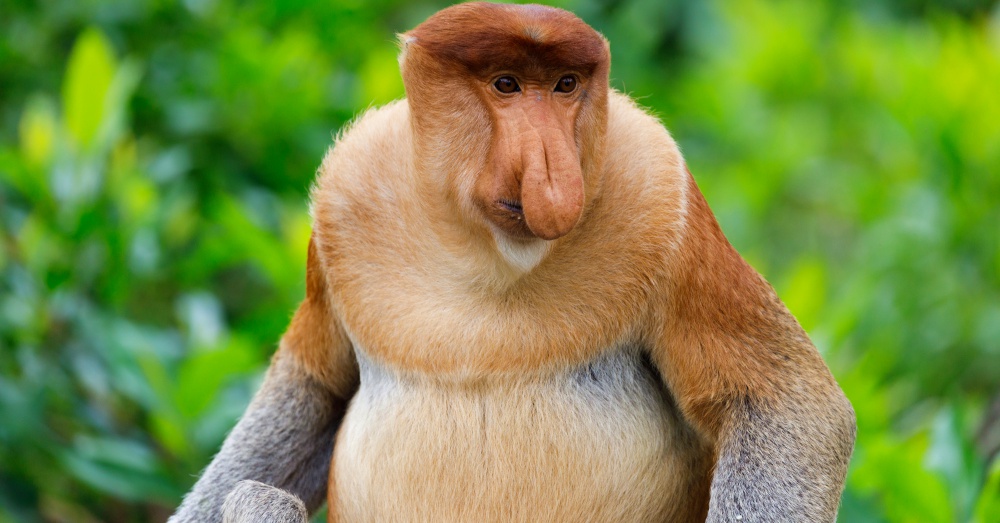 In addition to being skilled at swinging from the limbs of trees, they’re also excellent swimmers and have even developed webbed feet that come in handy when they need to outswim some of the dangerous predators that also inhabit the island’s waters, namely, crocodiles.

While all of that is, of course, incredibly interesting, it doesn’t answer the question we all really want answered: what’s the deal with those noses!? Anything that silly looking has to serve some sort of purpose, right?

Take a look at the video below to find out why these monkeys have such unusual noses!