You never quite know what you are going to run into when you’re a police officer. Some days may be rather boring but others can be interesting or perhaps even exciting.

Officer Flannery was responding to a call at a home in Fayette County on Monday morning and he was about to have one of those days. It seems as if a deer had fallen into a swimming pool and could not get out. 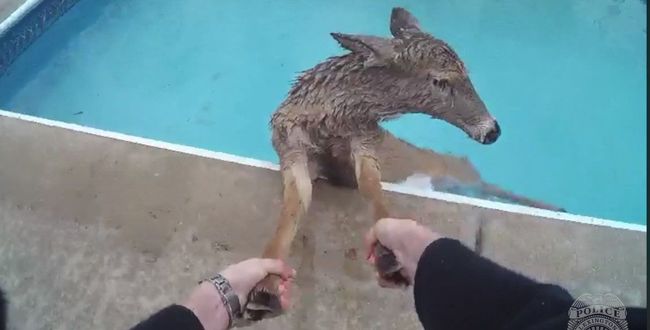 It was about 65° at the time when the call came in. The fire department and Animal Care & Control were also sent, but Officer Flannery was the first on the scene. 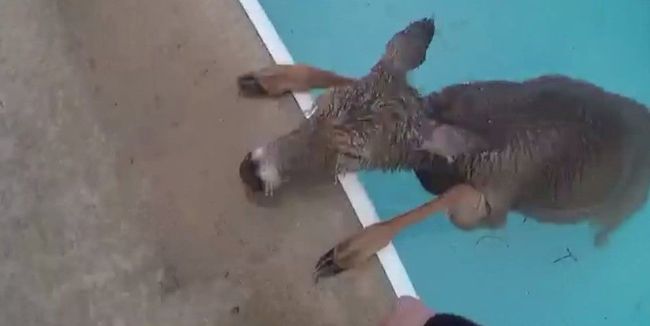 It took some help from the homeowner but they were able to lift the deer from the pool and it looked just fine.

It took no time for the deer to gather itself together and run off into the woods. It doesn’t appear as if the rescue took long.

In order to make the video as interesting as possible, the police added the song by Celine Dion, ‘My Heart Will Go on” to the end of the video.