A polar bear in Russia has been covered with graffiti, recently spotted with “T-34” spray painted on its coat.

According to CNN, the reference is to an obsolete Soviet tank, but no matter the intent, this act of vandalism is just one more health concern for a species already facing environmental threats and disappearing food sources, prompted by human-borne climate change.

According to CNN, a video of the bear was posted to Facebook on December 1 by Sergey Kavry, a World Wildlife Fund employee living in Russia. Kavry said found the video after it was shared by “indigenous minorities in Chukotka” on WhatsApp. 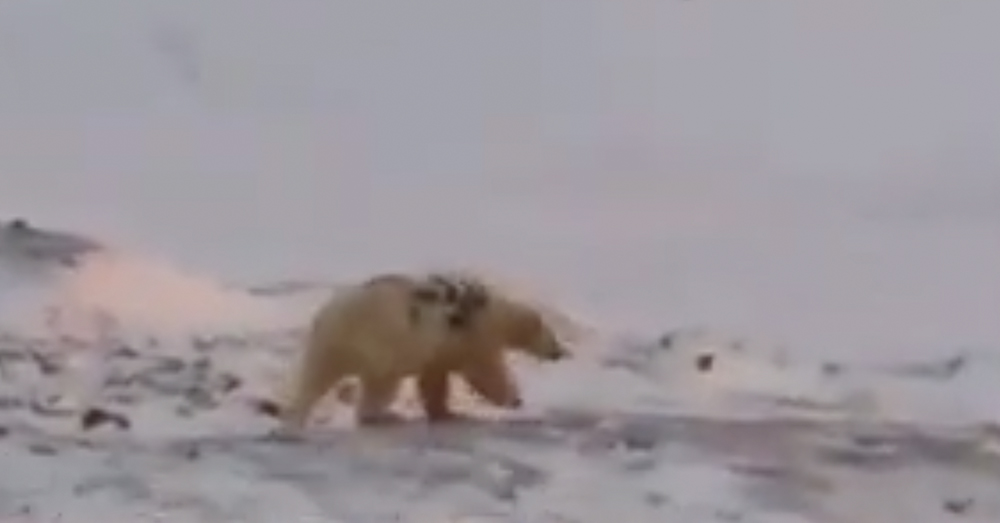 Source: YouTube/The Moscow Times
The bear was spotted by a hunter in Russia’s far east.

The World Wildlife Fund’s (WWF) Russian office posted alerts in August 2019 for residents of the coastal village of Ryrkaipiy in Chukotka, along with the rest of the world, that polar bears were appearing much closer to the village than typically seen. As natural food sources like fish and seal disappear, the bears are forced to hunt elsewhere, oftentimes leading them to human settlements. 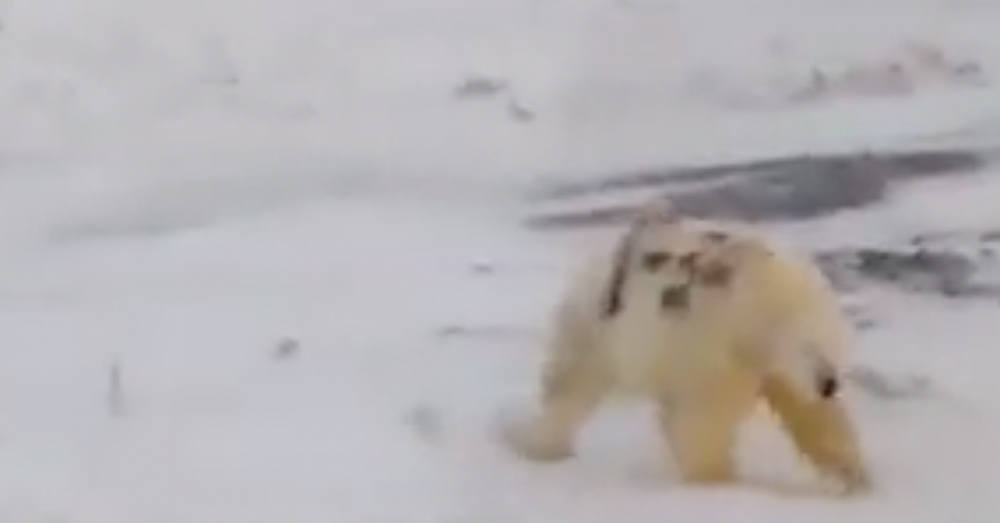 Source: YouTube/The Moscow Times
Video of the bear was shared on WhatsApp.

Kavry decried the graffiti as an unusually cruel act performed on an animal that relies on its white fur to remain hidden in the northern tundra.

“Why! Now he won’t be able to hunt unnoticed,” he told the BBC. “If it’s a military lettering theme … that is some kind of perverse disrespect for history.” 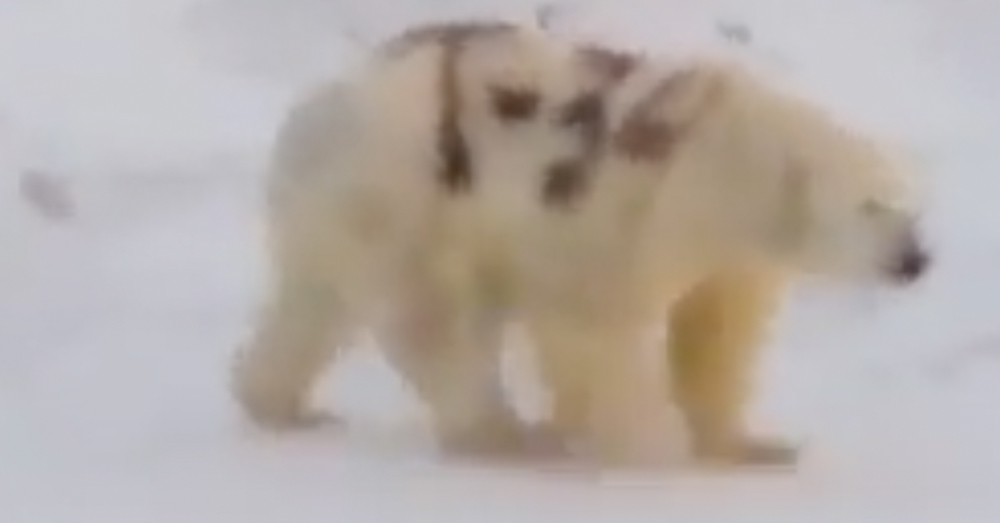 Source: YouTube/The Moscow Times
The black paint may make the bear stand out in the snow, making hunting difficult.

According to NBC News, Geoff York, senior director of conservation at Polar Bears International, a nonprofit conservation organization headquartered in Bozeman, Montana, thinks the spray paint may be related to research being conducted by Russian scientists.

“Polar bears are routinely marked by research teams in order to remotely identify them individually and as previously captured,” he said.

The same methods are required in research projects conducted in the United States.

The black paint will likely wash off, but it may make it difficult to blend in, in the meantime.

Watch the original video below.