These Ocean Animals Are Being Killed Off By Plastic Trash

More animals will go extinct in the next few decades. There’s little question about that, except for which?

The last wild male northern white rhinoceros died in 2018, and without a successful means of helping the final female reproduce, their species may disappear soon, as well. That same year on Christmas Island, the introduction of voracious predators eventually led to the extinction of several other species, including bats and lizards. We may also soon lose many more insects, amphibians, birds, and mammals of the Amazon rainforest, where once great examples of biodiversity is being clearcut and stripped for mining and logging.

Meanwhile, conservationists are working tirelessly to protect those species that are deemed most vulnerable. Case in point, David Sischo has spent the last decade working in a 44-foot green trailer in Kailua, Oahu, tending to the last representatives of several types of snails that once flourished on the island.

With the ever worsening effects of climate change bearing down on tropical climates, killing off food sources and disrupting reproductive patterns, our planet’s animals will not have it easy during the next few years. Plastic pollution is another looming problem. The Great Pacific Garbage Patch claims the lives of countless animals every day, whether they find themselves tangled in disused trash, choking on inorganic micro plastics, or otherwise.

The sad fact of reality is, it may only get worse. According to the Guardian, ocean borne plastic causes damage from the bottom of the food chain to the top, and here are the animals it’s hurting most. 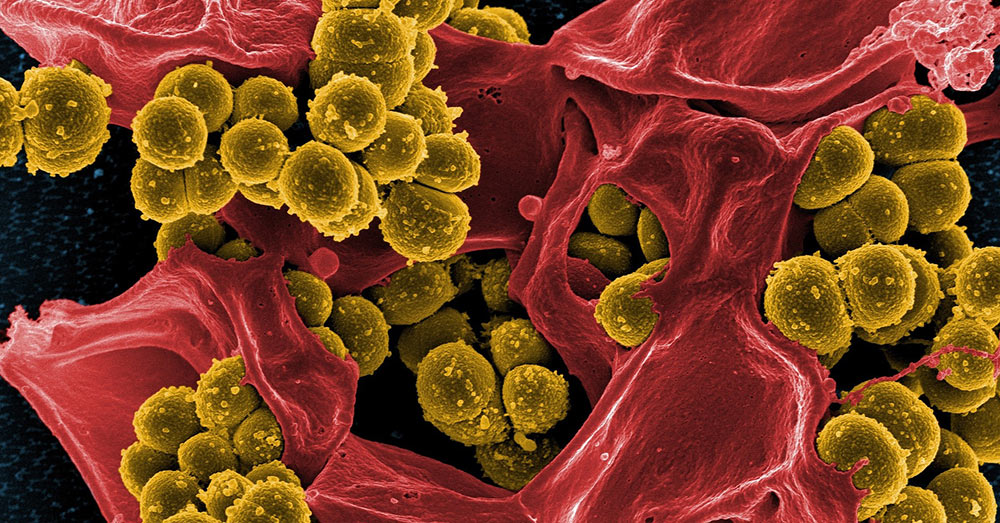 Source: Pixabay
Ocean bacteria are being disrupted by chemicals from plastic trash.

Researchers from Macquarie University in Australia have discovered that plastic pollution leeches petroleum-based chemicals into seawater, where it inevitably effects microscopic organisms.

Losing these bacteria would make matters worse for nearly every other living organism on the planet, inzcludingplants and animals, as these microorganisms produce a tenth of the earth’s available oxygen. 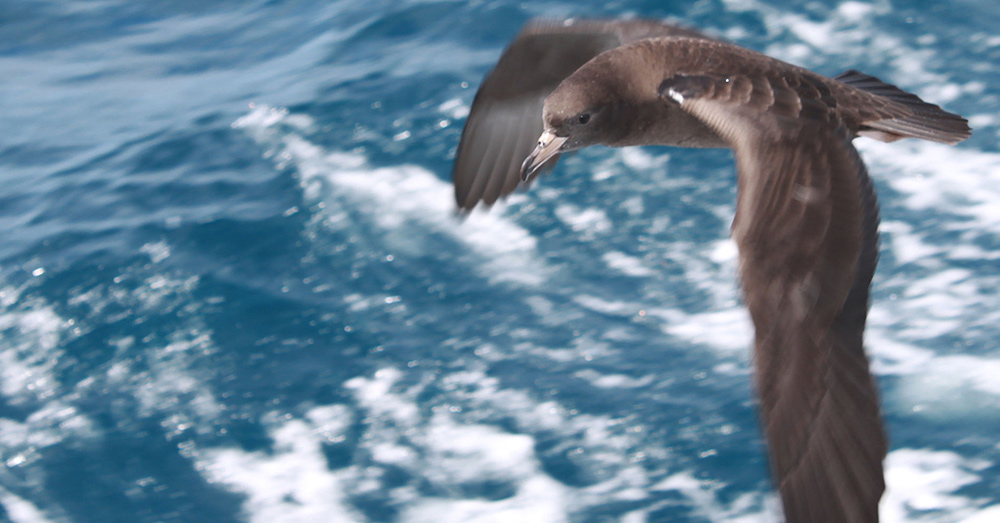 Seabirds may find colonies of fish loitering near masses of trash set adrift in the ocean, but they also risk ingesting plastic particulate when hunting around those areas.

According to UNESCO, “plastic debris causes the deaths of more than a million seabirds every year, as well as more than 100,000 marine mammals.” Among those mammals are dwindling numbers of flesh-footed shearwaters, as found in a study by researchers at the University of Tasmania.

Plastic presents more than just a choking hazard, too. Those birds that wind up with plastic in their stomachs may suffer from eventual kidney disease, and disrupted growth. 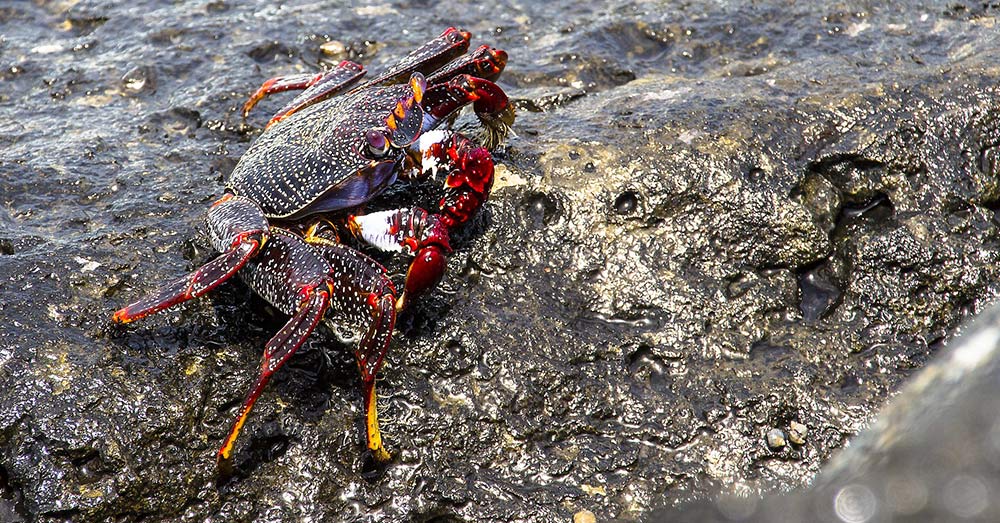 Source: Pixabay
Crabs can inadvertently take in plastic through their gills.

Like many other species, crabs don’t need to make an effort to eat plastic to suffer from its effects. However, unlike those others, plastic is not only entering their bodies through the mouth.

A study conducted at the University of Exeter found that crabs can inadvertently ingest microplastics when through their gills.

“Many studies on microplastics only consider ingestion as a route of uptake into animals. The results we have just published stress other routes such as ventilation,” wrote the study’s lead author, Dr Andrew Watts. “We have shown this for crabs, but the same could apply for other crustaceans, molluscs and fish – simply any animal which draws water into a gill-like structure to carry out gas exchange. This is highly important from an ecological point of view, as if these plastics are retained longer within the animal there is more chance of them being passed up the food chain.”

With more than 11 million tons of plastic entering the ocean every year, this is a massive problem for sea creatures and those that eat them, including humans.

“This is a human issue,” Watts wrote. “We have put this plastic there, mostly accidentally, but it is our problem to solve. The best way to do this is to reduce our dependency on plastic. It comes back to the old phrase: reduce, reuse and recycle.” 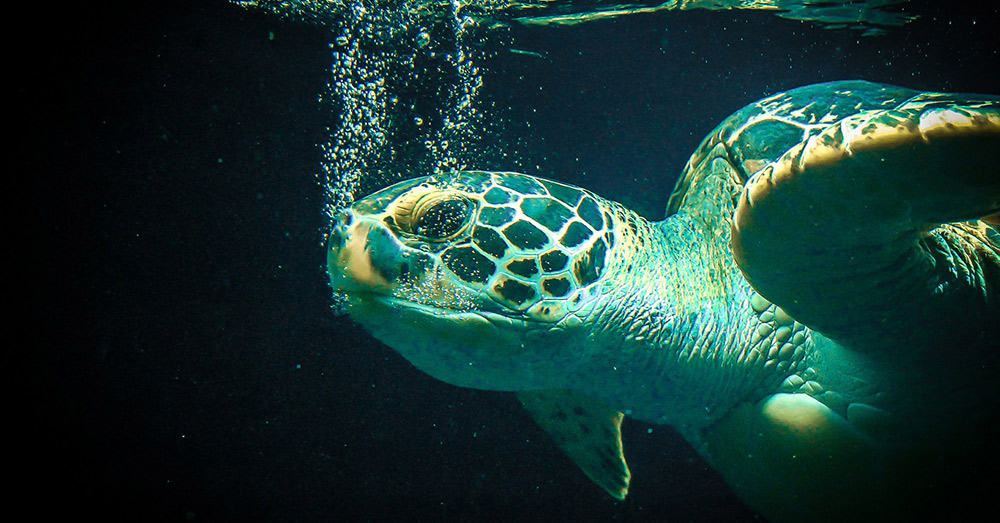 Source: Pixabay
Turtles are at risk of being strangled or suffocated by plastic trash.

Turtles are at risk of becoming entangled in discarded plastic waste and old fishing nets that float in the ocean, and many of them tragically die that way.

Another study from the University of Exeter found microplastics in the stomachs of every sea turtle species documented in both the Atlantic and Pacific Oceans. This is particularly worrisome, as researchers are still trying to understand the effects plastic particulate and the associated chemicals that leech into the reptiles’ digestive systems have on reproduction. It may not be long before they find more conclusive proof, albeit at the cost of the loggerhead and green turtle species, where plastic has been found in the turtles’ nesting sites around the Gulf of Mexico. 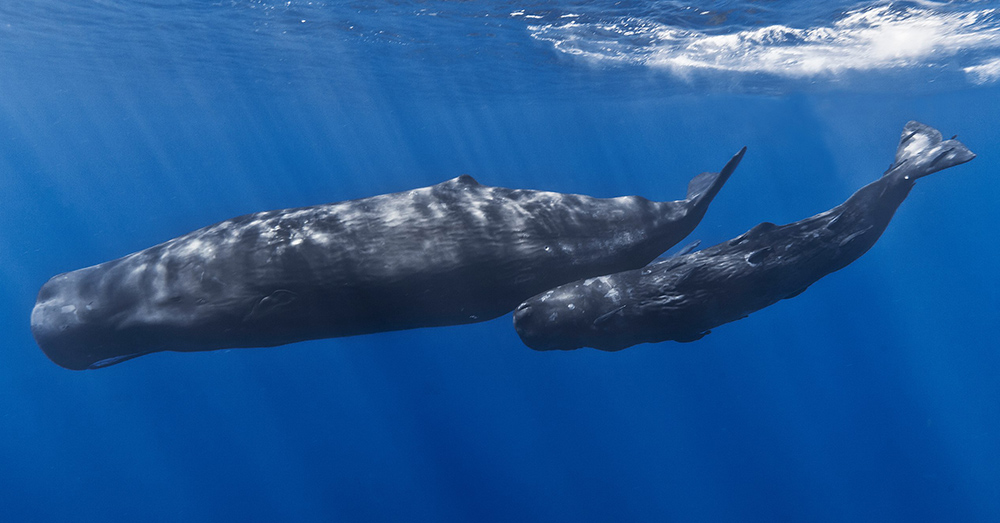 Source: Wikimedia Commons
Whales are washing ashore around the world, their stomachs packed with plastic trash.

As beachgoers on the West Coast of the United States and around the perimeter of the Pacific can attest to, it is not uncommon to find whale carcasses washed ashore, digestive systems compacted with plastic trash and inorganic material. Toothed whales are especially at risk of this gruesome fate, as they may inadvertently ingest plastic while gasping at colonies of fish that they would otherwise make a meal out of.

In March 2019, a pregnant sperm whale washed ashore in Sardinia, Italy, with close to 50 pounds of plastic in its stomach, CNN reports. Its unborn baby had died some time before the whale was found, but the cause of death was clear. The mother’s body was unable to synthesize nutrients after being packed full of plastic. A month later, a young Cuvier’s beaked whale was found beached in the Philippines, carrying 88 pounds of plastic in its gut. The cause of death was determined to be “dehydration and starvation” as a result of the inorganic material.

Plastic packaging is the single biggest contributor, representing a massive 42% of the plastic polluting our oceans. Sign the petition below and Tell Mattel: No More Plastic Packaging.