This Rescued Pig Has An Incredible Passion For Art

Throughout the centuries, humans have used animals as a form of food. At first it was based only on necessity and for survival, but now it has become a massive worldwide business.

Animals like pigs, chickens, cows, and others are bred at livestock farms for the sole purpose of being eaten by people. In 2016, there were 57,370 pigs that were killed for consumption. Sometimes, however, animals have the opportunity for a better life after a rescue.

This is exactly what happened for one special pig that belonged to an industrial pig farm in South Africa. 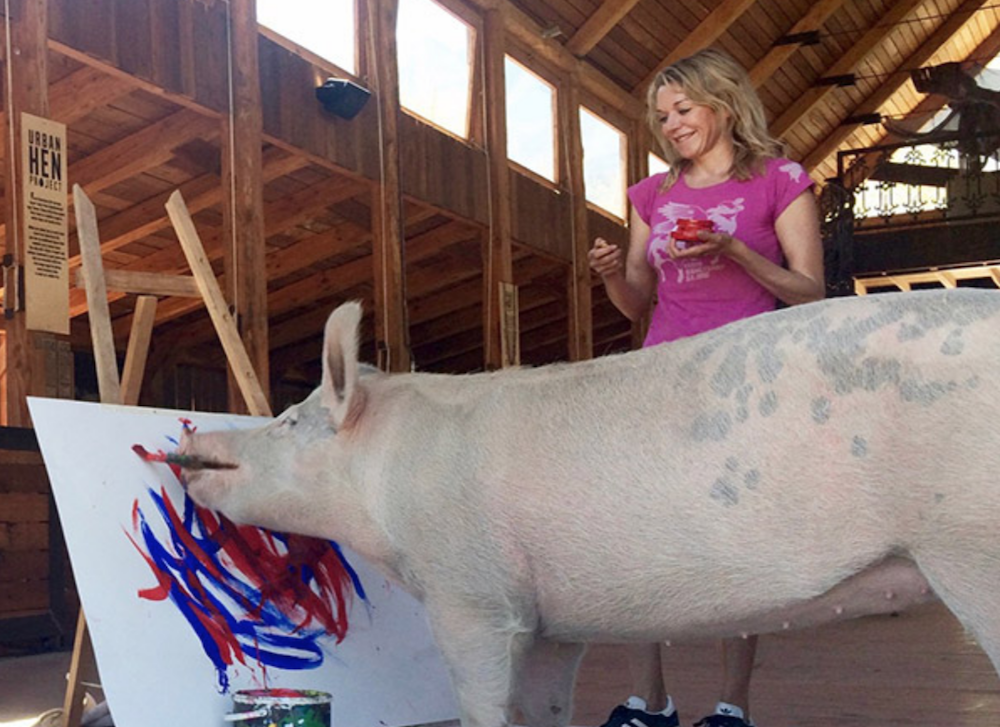 Joanne Lefson of Cape Town, South Africa managed to rescue a small piglet and then bring her back to the farm animal sanctuary she started back in 2016.

Little did Lefson know, however, the pig she chose to rescue actually had an incredible passion and talent for artwork. 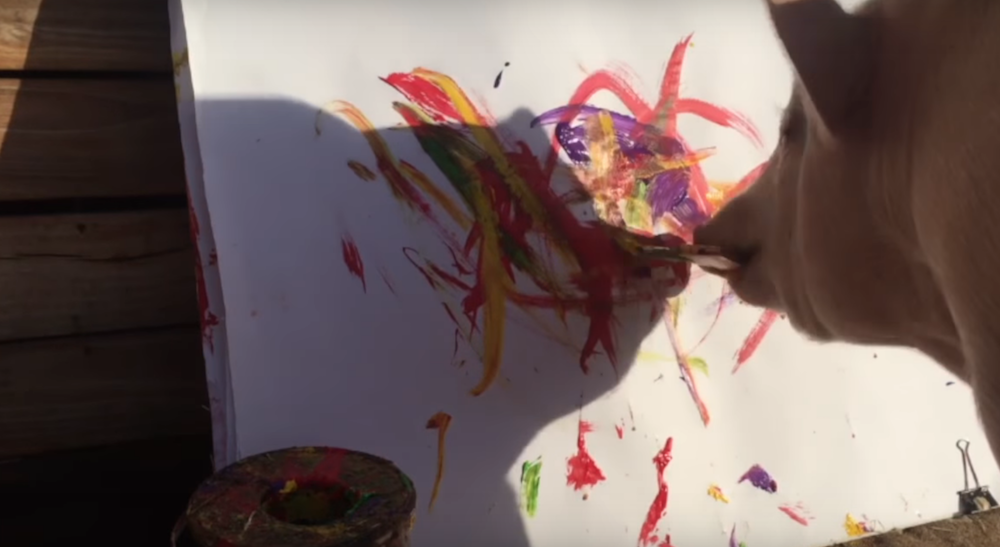 Pigcasso, as she has been affectionately named, was introduced to painting as part of a therapy and positive-reinforcement training regimen to help her get back into the mindset of being able to once again enjoy life as a pig.

The paintings have actually become so popular that Lefson started an entire website for Pigcasso, and her paintings are available to purchase, with the proceeds going right back into Farm Sanctuary SA to help other rescued farm animals.

Not only is this piggy painter creating some incredible artwork (for a pig at least), but she has also become the world’s first non-human artist to headline her very own exhibition! 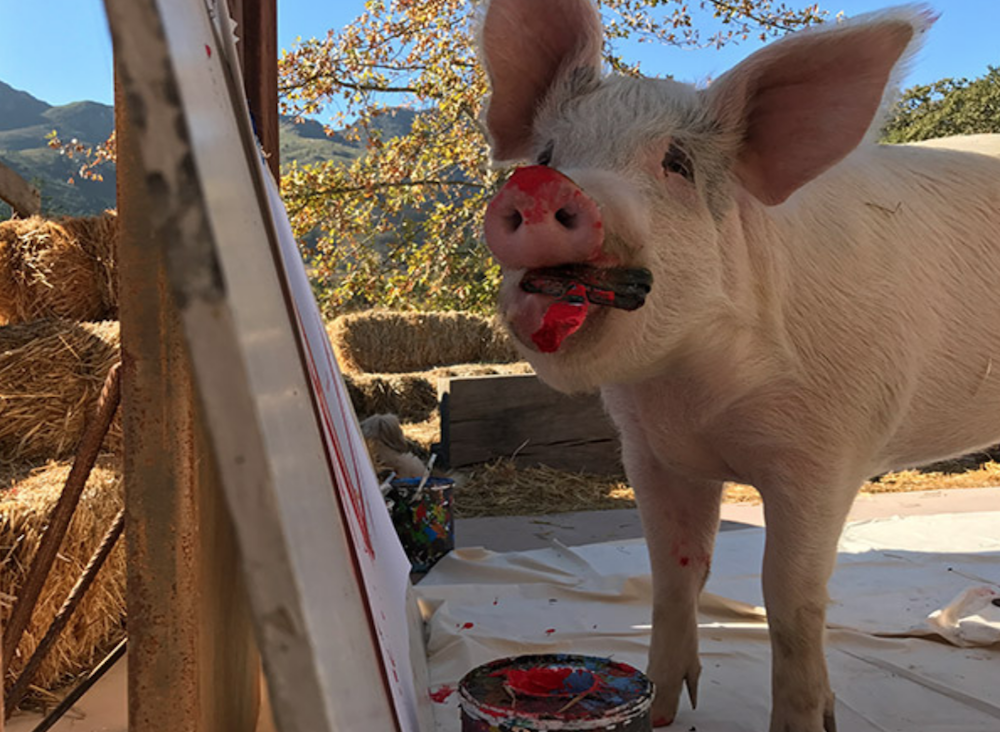 The pop-up pink exhibition happens at the V&A Waterfront in Cape Town to help raise awareness about the effects that animal agriculture has on the rest of the world.

As this pig continues to paint her way into people’s hearts, it just goes to show that rescuing an animal can do a lot more good for humanity than simply using it for food and energy.

Check out the video below to see this amazingly creative pig!