The ocean is a place where almost anything can happen, especially when it involves wildlife. With so many different species of creatures that live in our planet’s waters, it is almost impossible to not see something special out on the water.

Ocean excursions present many dangers for humans, especially since we weren’t born with gills or any other way to survive underwater. But when the urge strikes, it is almost impossible not to feel compelled to search out exciting experiences, even when it may put us in harm’s way.

For many people, the thrill of adventure far outweighs the inherent danger of most activities that are done in the wild. And for one pair of kayakers, finding themselves in the middle of a massive killer whale feeding frenzy was simply a perfect video opportunity rather than a life or death situation. 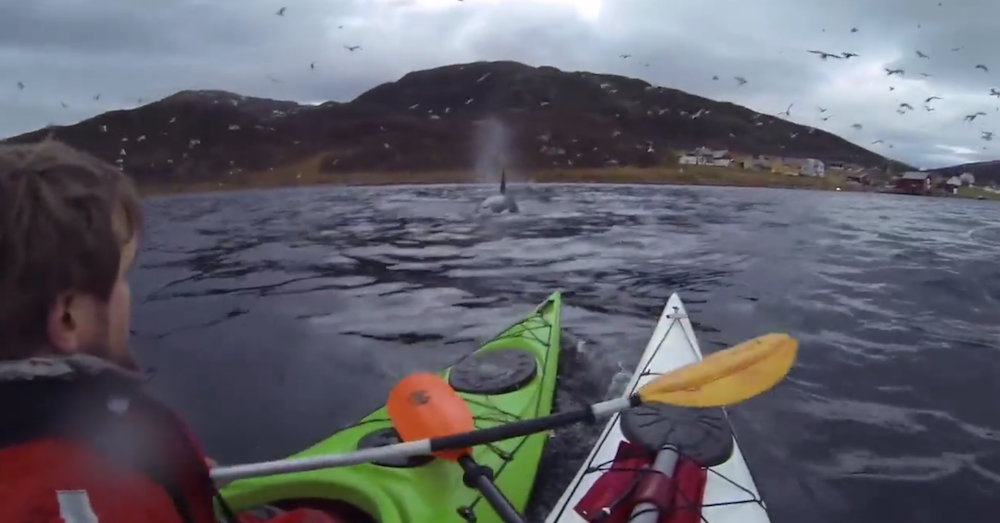 Surrounded by an entire pod of orcas below and a huge flock of seabirds above, these two thrill seekers got something far more than they bargained for when they set out on their kayak excursion. 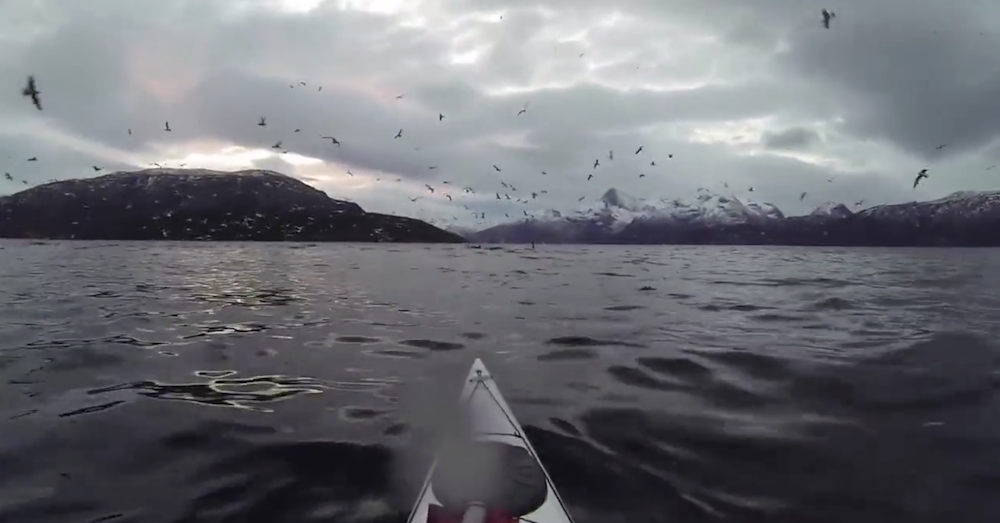 The pair was able to simply sit in their boats and enjoy the sight of a number of different individual orcas coming up to the surface, diving back down again, and swimming their way through a large school of fish to hunt to their hearts’ content.

A number of the whales even got a little curious and swam right next to the kayakers to see what they were doing in the middle of their feeding session! 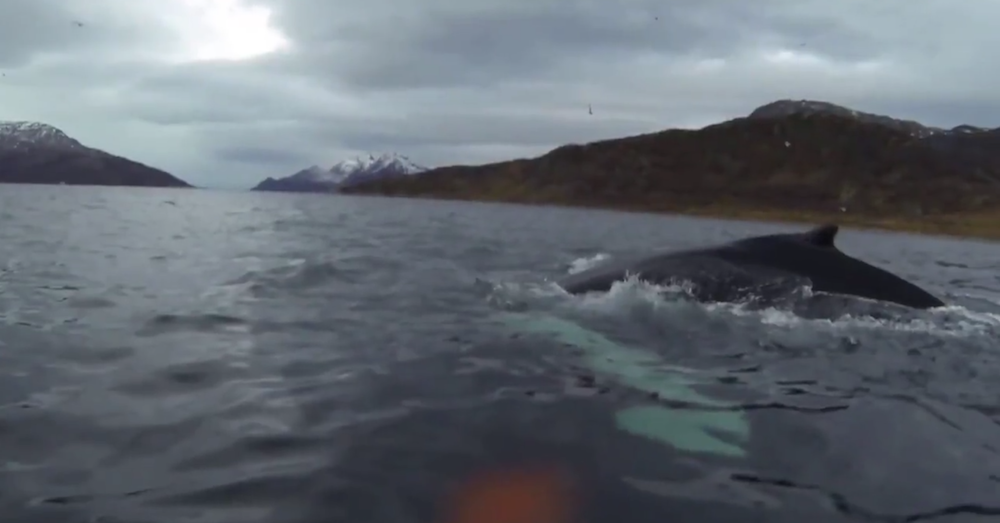 As you will be able to see in the video below, just being in the midst of a completely unexpected feeding frenzy of orcas is the last thing most people would expect to happen while out for a leisurely paddle, but it managed to be an amazing experience.

Check out the incredible footage below and make sure to watch until the end for a little surprise visitor!