INTERPOL and the World Customs Organization have uncovered the largest wildlife trafficking operation in history. With thousands of animals involved, it took nearly an entire month to move all of them to safety.

Agents from international agencies and local police seized lions, tiger cubs, dolphins, sharks and other marine animals, more than 10,000 reptiles, birds, and about two dozen primates. Alongside the animals, more than 1,000 live plants were seized, at least 70 truckloads of timber, and half a ton of ivory.

Operation Thunderball involved contacts in 109 countries, the New York Times reports, with 21 alleged traffickers arrested in Spain, 3 in Uruguay, and hundreds of others named as suspects. Seized in the stings: 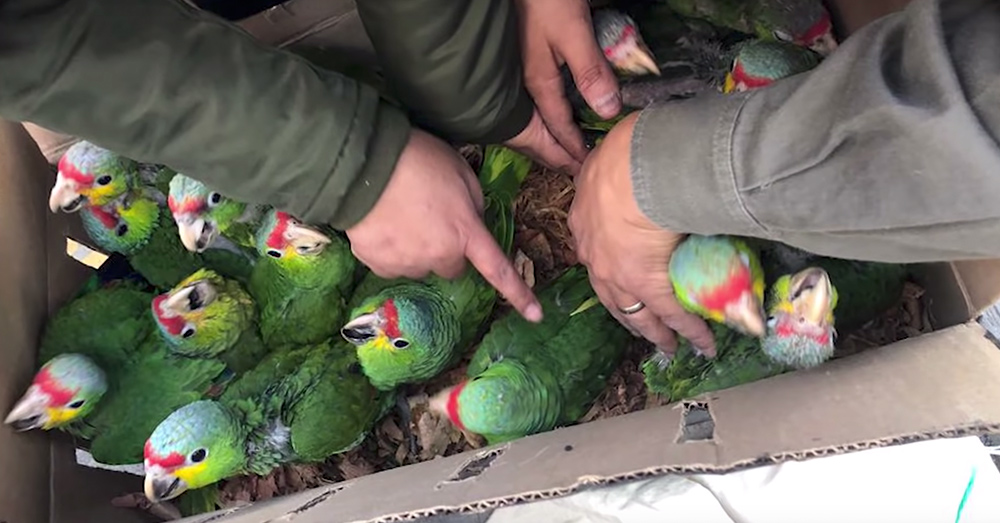 Operation Thunderstorm, which wrapped up just prior to Thunderball, involved agents in 92 different countries, and resulted in the seizure of:

“The biggest challenge we face is dismantling the sophisticated crime networks that drive the illegal wildlife trade, but this case shows we are making progress,” Ginette Hemley, the senior vice president for wildlife conservation at the World Wildlife Fund told NYT. 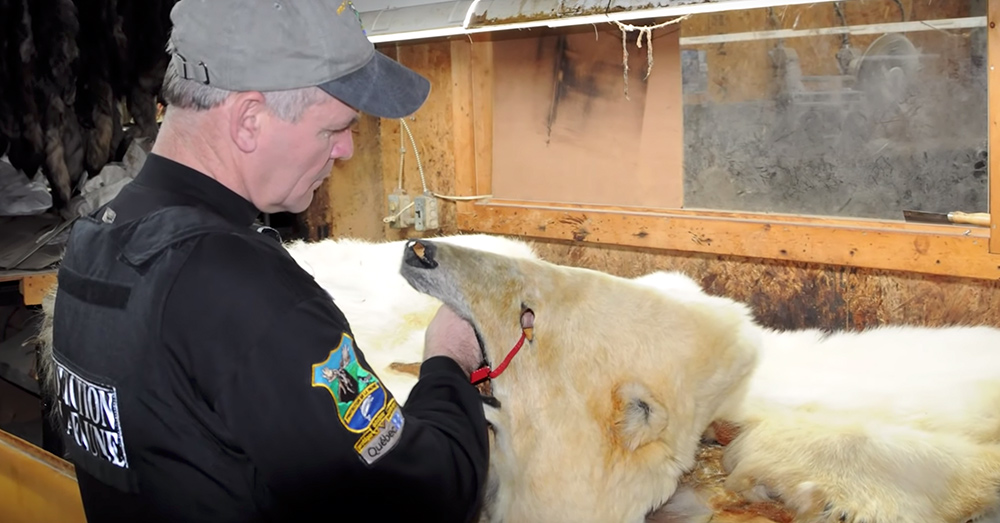 Wildlife trafficking is a serious threat to endangered animals, and internet savvy criminals are using social media to organize the illegal distribution of those animals. At the same time, it can make investigations easier for police. Wildlife authorities uncovered seize 1,850 birds in Italy after launching just two separate online investigations.

In 2018, more than 1,500 live animals were put up for sale on Facebook, some of them endangered or threatened. 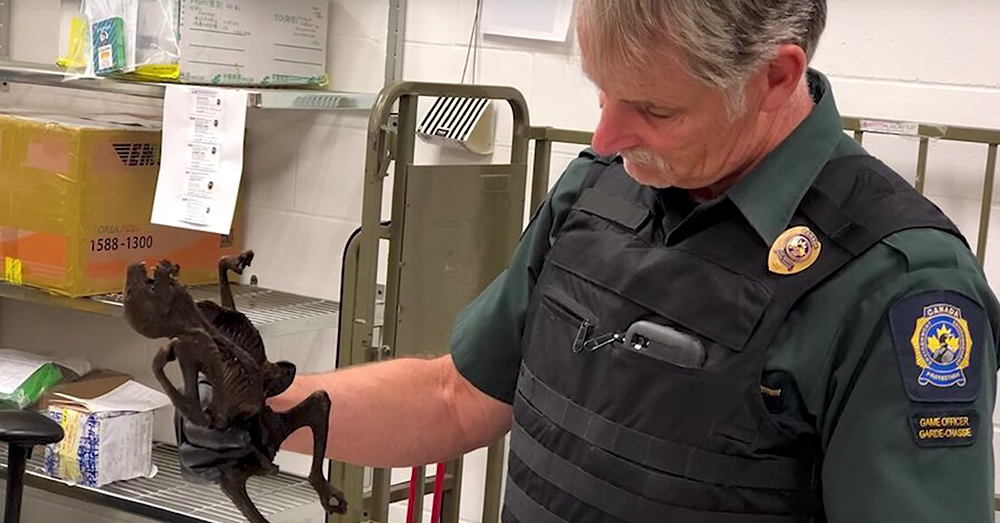 “If there were T-Rexes alive, they would be selling them,” said Patricia Tricorache, an assistant director of the Cheetah Conservation Fund.

The worldwide ubiquity of Facebook has made it easier for animal traffickers to use the platform for their illegal trade. Facebook does not take an active role in locating potential animal traffickers, but it does take posts down when they are reported, according to Bloomberg.

“I have zero faith whatsoever that the firms are going to do this on their own,” said Gretchen Peters, a security expert and former journalist who founded the ACCO. “None of us are anti-privacy,” she added. “But we can have better [privacy], and not have it mean children get trafficked, and drugs get sold, and elephants and apes and cheetahs get wiped out. Those things don’t have to be mutually exclusive.” 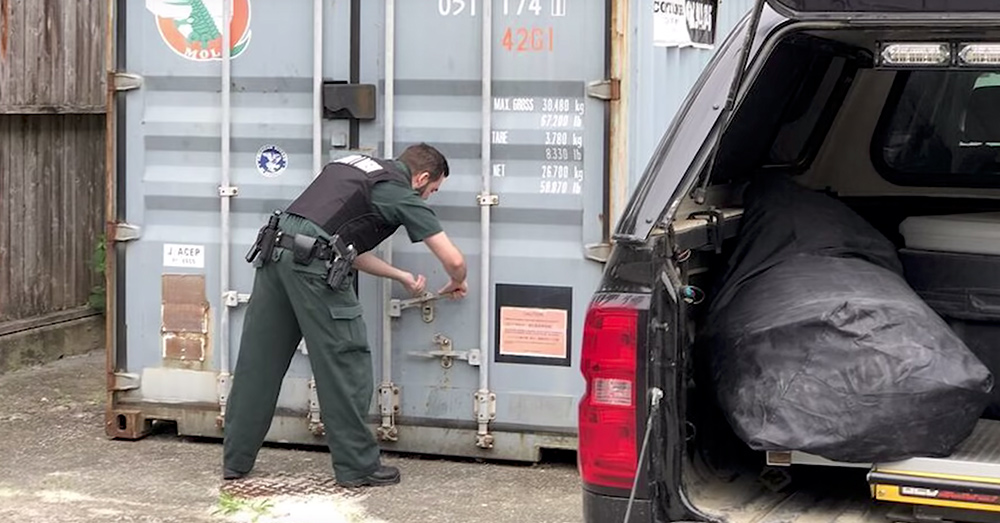 Source: YouTube/Environment and Climate Change Canada
INTERPOL is coordinating efforts with agencies around the world.

“We’re in the middle of a big storm about what social media should be responsible for on their platforms,” said Tim Mackey, a professor at the school of health sciences at the University of California, San Diego. “Animals are dying in the field, and their platforms are being used to facilitate that trafficking.”

Long-term data indicates that seizures are getting smaller on average, which some take to mean that the fight against illegal wildlife trafficking is starting to see headway. The fact is, pangolin scales are still being trafficked in terms of thousands of pounds, so are shark fins, rare cats, giraffe hides, and ivory. These items are still showing up in smuggling busts, and are still threat top the planet’s wildlife. 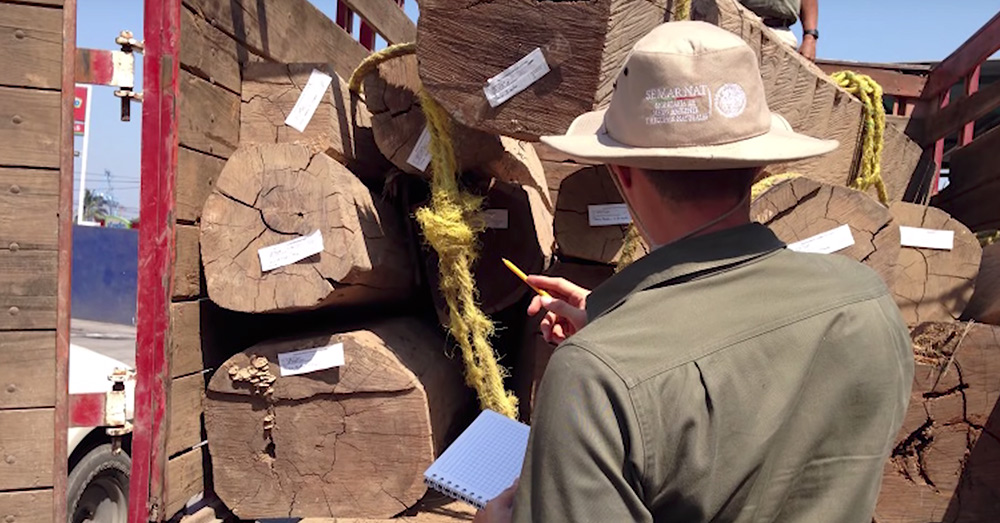 Source: YouTube/Environment and Climate Change Canada
Not just animals are being smuggled, but plants and lumber, too.

“This massive disruption of criminal networks is key to saving endangered wildlife across the globe,” said Susan Lieberman, the vice president for international policy at the Wildlife Conservation Society. “But seizures and arrests are only the first step — governments now must follow up with strong, meaningful prosecutions.”

Sea Of Shadows Exposes Ruthless Trafficking Of Endangered Whales: Click “Next” below!