Pall Sigurdsson is a well-known diver who was with friends enjoying the waters of Lembeh, Indonesia when they came across a tiny coconut octopus. The octopus had found a disposable plastic cup and decided it would be an ideal home.

The coconut octopus is known for using shells and other items, including coconut shells to protect themselves. The plastic container that this octopus chose concerned Sigurdsson, so he decided to do something about it: 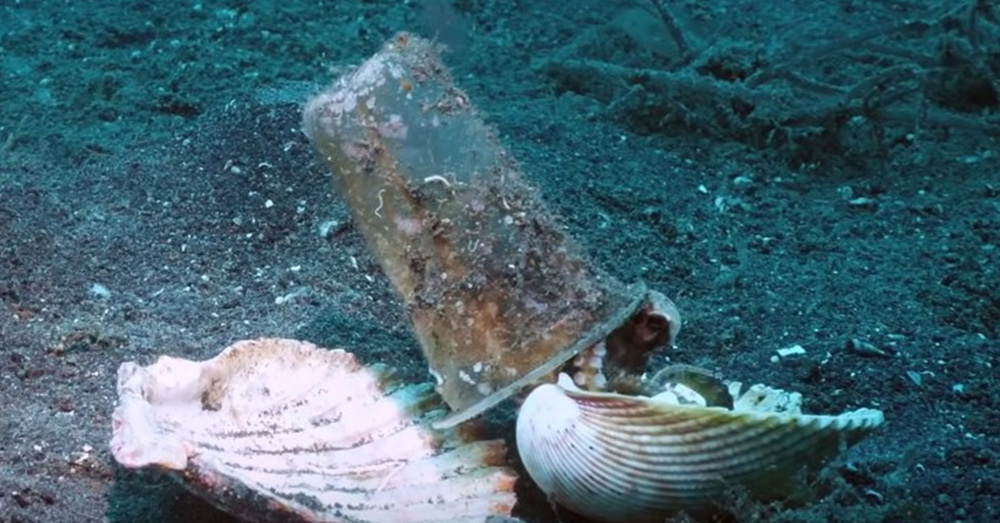 Source: YouTube/Pall Sigurdsson
Life is quite drab when your house is a plastic cup.

“While a shell is a sturdy protection, a passing eel or flounder would probably swallow the cup with the octopus in it, most likely also killing the predator or weakening it to a point where it will be soon eaten by an even bigger fish.” 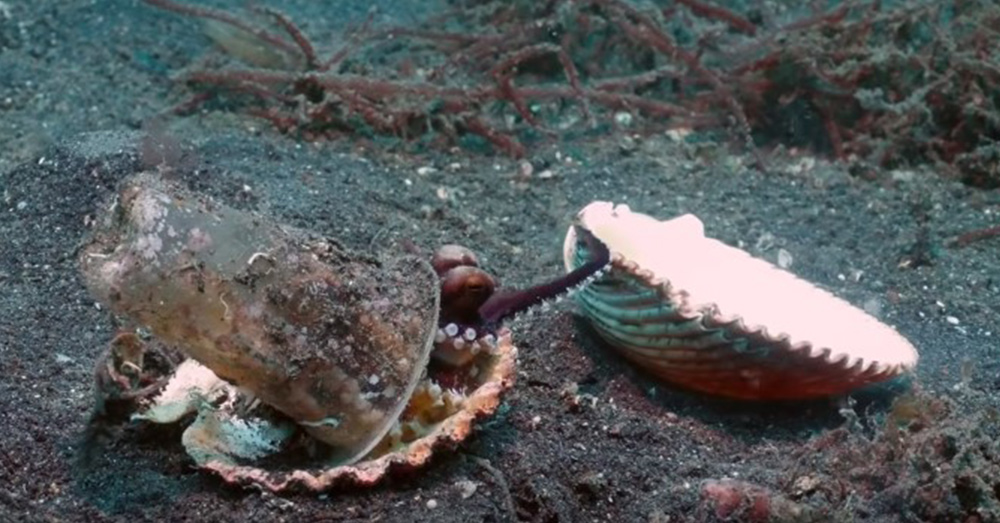 Source: YouTube/Pall Sigurdsson
A shiny new shell would make this octopus happy as a clam.

Sigurdsson decided that he would not simply leave the octopus to suffer such a destiny. He and his friends spent time looking for a new shell and after trying a few, they found the octopus a new home. 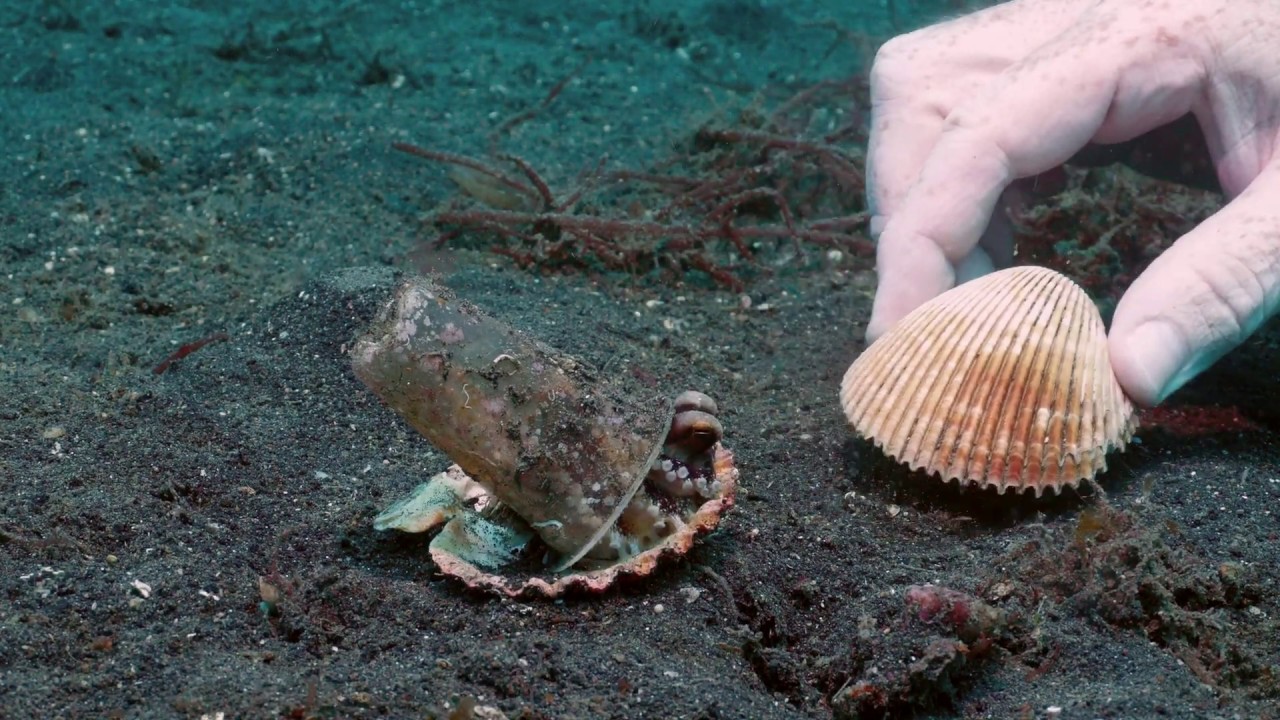 According to All That’s Interesting, coconut octopus like the one pictured here, collect coconut and sea shells they find on the ocean floor and use them for protection. They can grow to be about six inches long, and finding one can be difficult if you don’t look under the right shells. 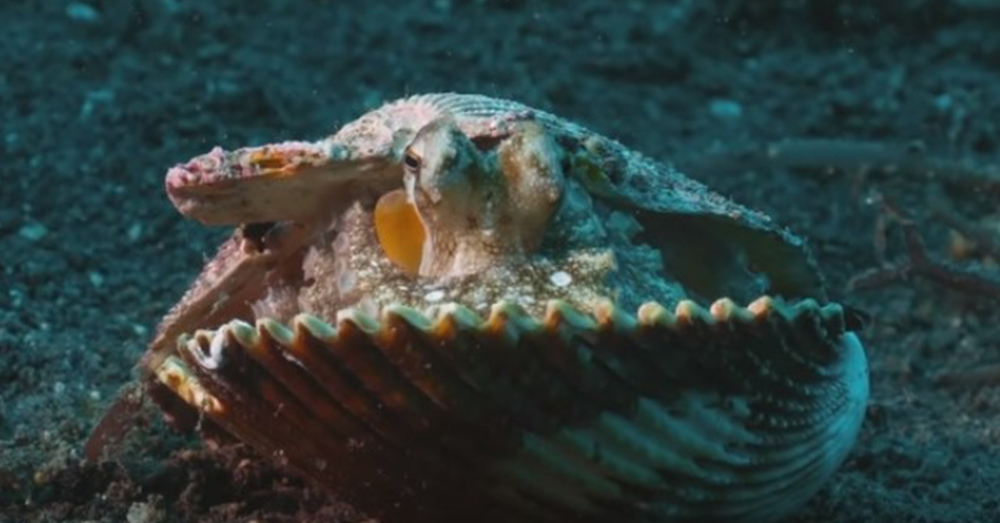 Source: YouTube/Pall Sigurdsson
Now this octopus has a natural new home with much more curb appeal than its previous digs.

“We found this particular octopus at about 20 meters under the water, we tried for a long time to give it shells hoping that it would trade the shell. Coconut octopus are famous for being very picky about which shells they keep so we had to try with many different shells before it found one to be acceptable.”