We all realize that the ocean is facing a very difficult situation due to trash. One entrepreneur is now working on a solution that will help to clean the ocean once and for all.

The young entrepreneur is Boyan Slat and his vision came to fruition in The Ocean Cleanup Project. It started in the Netherlands, where he is from and he was only 18 when it got underway. Now that he is 25, his company has reached a milestone. They just brought back a successful haul of trash from the ocean to dry land.

The announcement came in on December 12. The majority of the effort took place in the Great Pacific Garbage Patch, an area twice the size of Texas. It is estimated that it may have up to 1.8 trillion pieces of garbage.

The video below shows the Ocean cleanup and how the trash system operates. In essence, an artificial coastline is created that pulls debris to it using winds, waves and current. It is a free-floating ‘net’ that eventually pulls the trash to the support vessel and out of the ocean.

The first time The Ocean Cleanup system was deployed was in 2018. It didn’t work perfectly at first and had to be repaired before being sent out in the summer of 2019 to the Great Pacific Garbage Patch. This time it was successful and brought 60 cubic meter bags of plastic back to dock. There is still much that needs to be done and the technology needs improvement.

“Our goal is to clean up 50% of the Garbage Patch in five years,” Slat told Fast Company. “For that, we’re going to need a whole fleet of them, and the systems need to be bigger than the ones that we have trialed so far.”

Here is a picture of some of the trash that was brought in. 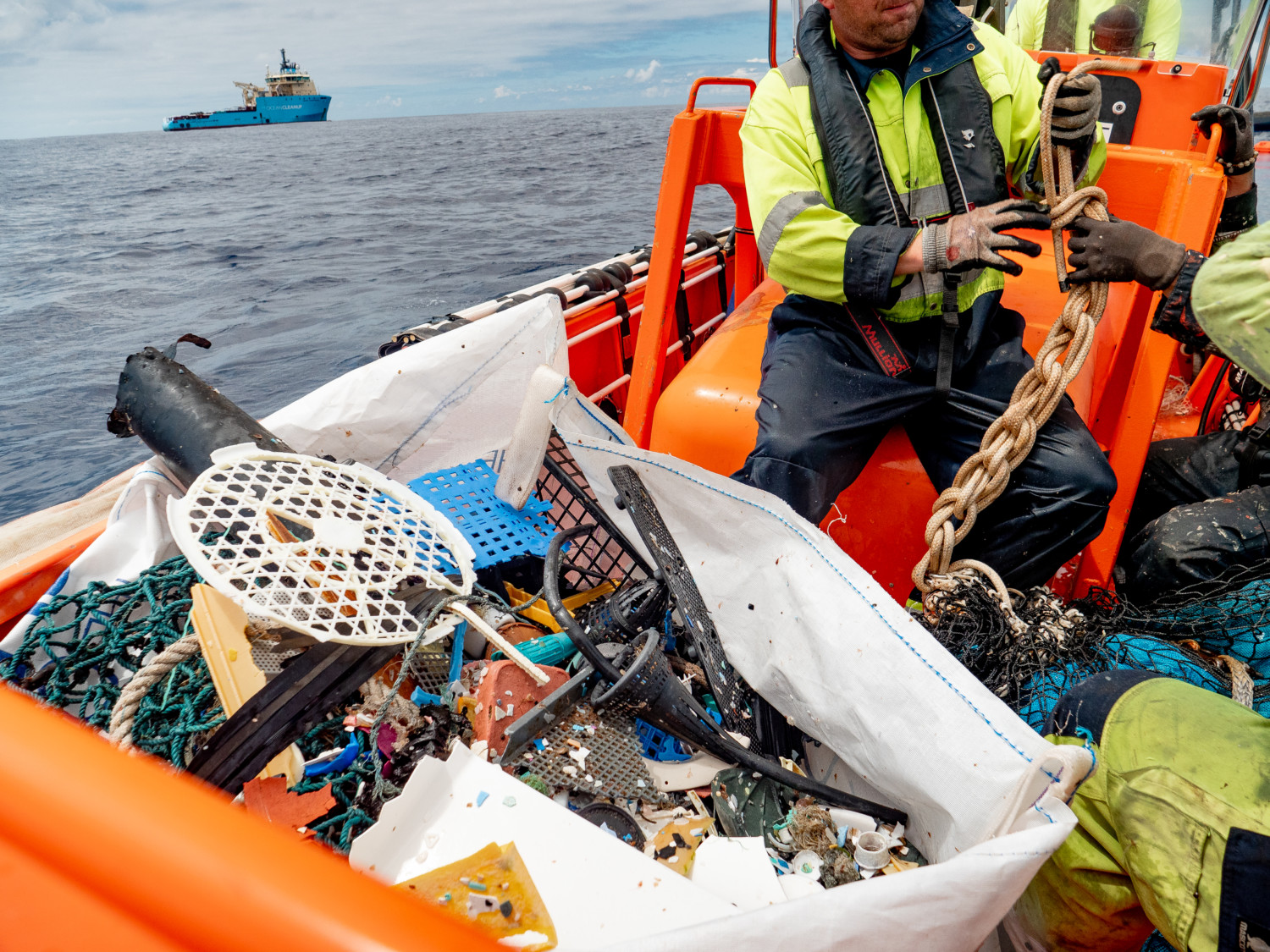 If the system is able to reach its goal, the amount of ocean plastic will be reduced by 90% by 2040.

Slat plans on converting some of the reclaimed plastic into products that can be sold to help fund future work. It is hoped that some of those recycled ocean plastic items will be on sale by September 2020.

In addition to cleaning up the oceans, the system is already starting to focus on some of the polluted rivers in the world. This may help to keep trash out of the ocean in the first place. You can see one of the river interceptors in Malaysia below:

Interceptor 002 at work in Klang, Malaysia. Was amazing to see it in reality! pic.twitter.com/7xXoYojgzX

It’s amazing that something like this could make such a difference. All thanks to the efforts of one man who had a vision and moved forward with it.