The Ocean Conservancy’s annual photo contest always attracts incredible work. This year, the beauty and dazzling life below the sea have taken the spotlight, contrasted against the looming dangers that threaten to wipe such life from the planet.

Many photos were submitted, but only the best were selected by the Ocean Conservancy’s panel of judges.

“You showed us colorful sunsets, massive whales and teeny tiny nudibranchs. You captured both the ocean’s beauty and the many threats that it’s facing,” the Ocean Conservancy reports. “Thank you for sharing your images with us—we are so grateful.”

Check out the contest winners in the images below. 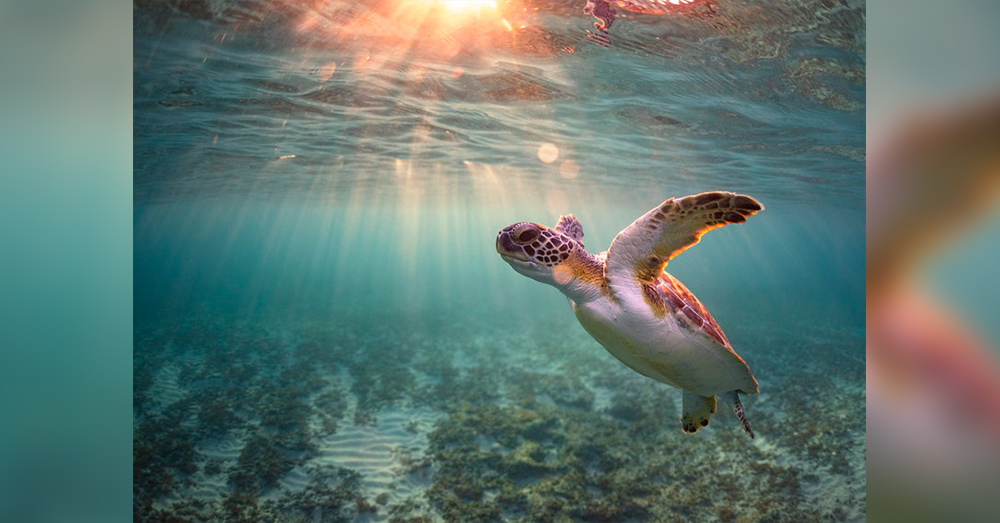 “An endangered green sea turtle rises to the surface for a breath. The sun began its ascent over the horizon, sending beams of golden light rays through the water column,” wrote photographer Kyle Soto. 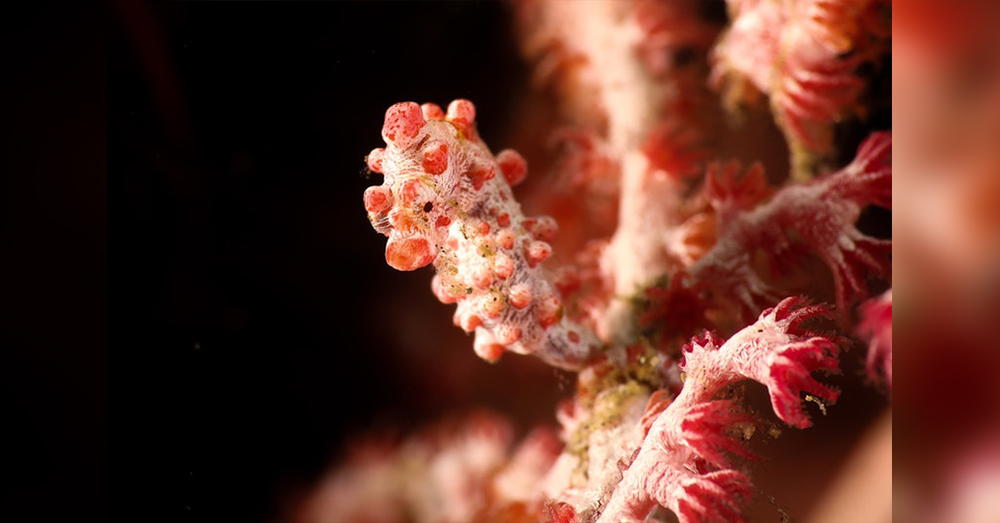 Photographer Tanya Lister captured this photo of a Pygmy Seahorse in Tulamben, Indonesia. 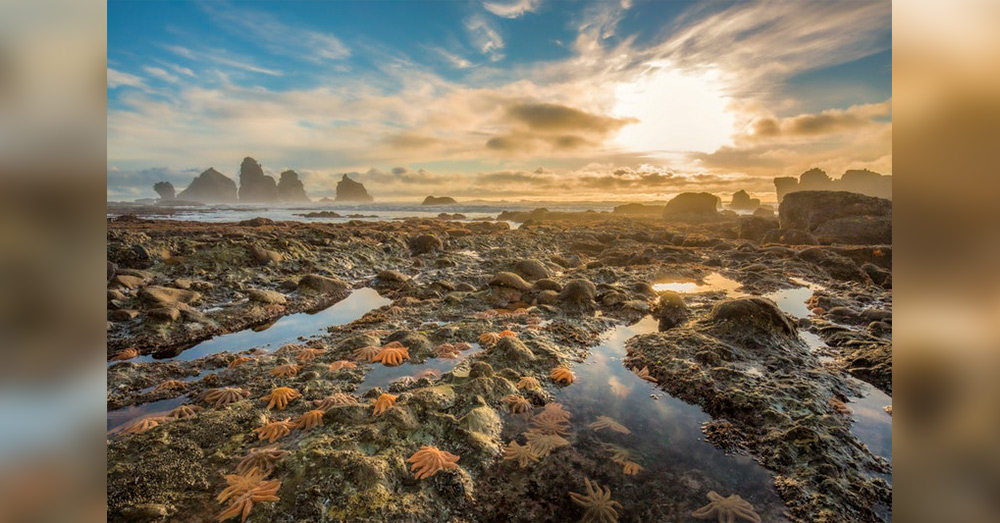 “The incredible seascape of Motukiekie Beach, on the West Coast of New Zealand,” wrote photographer Kim Free. “The beach is home to the amazing reef stars that feed on all the mussel beds. This shot was taken as the sun was setting which highlighted the stunning orange of the reef stars. In the back is the Motukiekie Rocks.” 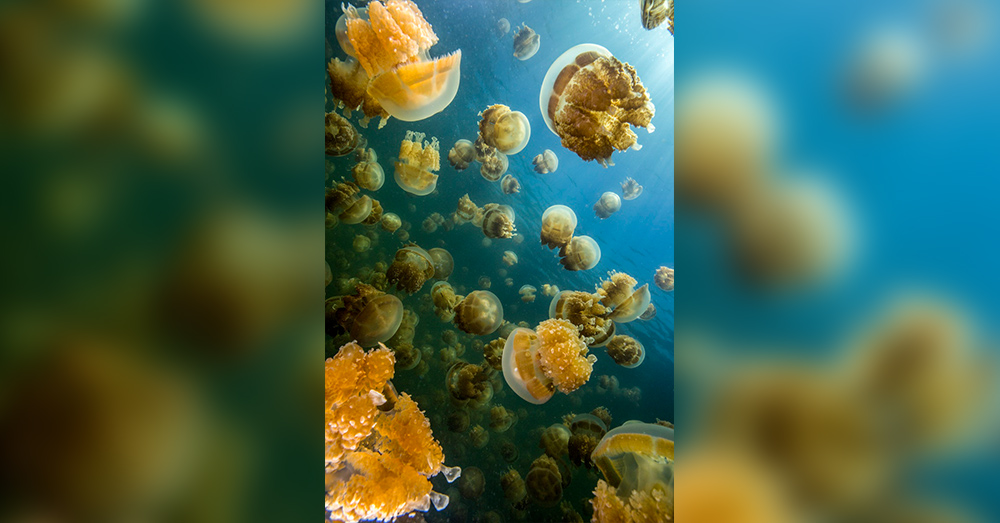 “The amazing Golden jellyfish (Mastigias papua etpisoni) of Jellyfish lake in Koror, Palau,” wrote photographer Shane Keena. “Over hundreds of thousands of years, these jellyfish have evolved, losing their stinging nematocysts and feed exclusively from photosynthesis. Each day millions of these jellyfish migrate horizontally across the lake until nightfall when they will only move up and down to avoid the edge of the lake where predators (anemones) await.” 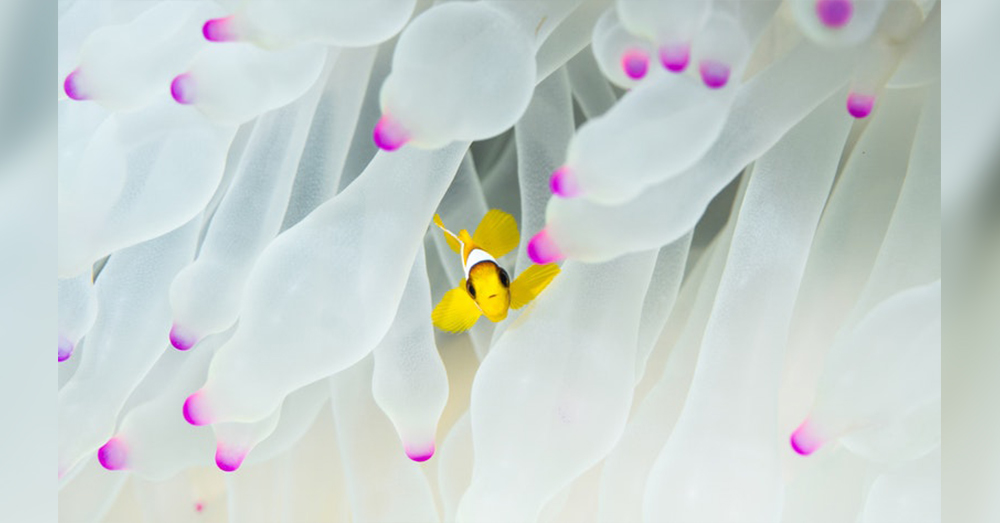 “It is no longer possible to ignore the reality that climate-induced ecosystem damage is a “Human Impact” problem,” wrote photographer Morgan Bennett-Smith. “Coral reef bleaching events, like the one that caused this sea anemone to expel its algal symbionts in the Central Red Sea, are becoming more frequent and intense, thanks in part to the steady torrent of greenhouse gasses humans produce. Bleaching can have cascading ecosystem impacts on many reef organisms, not just coral; this sea anemone, and its charismatic inhabitant, also feels the pressure from warming seas.” 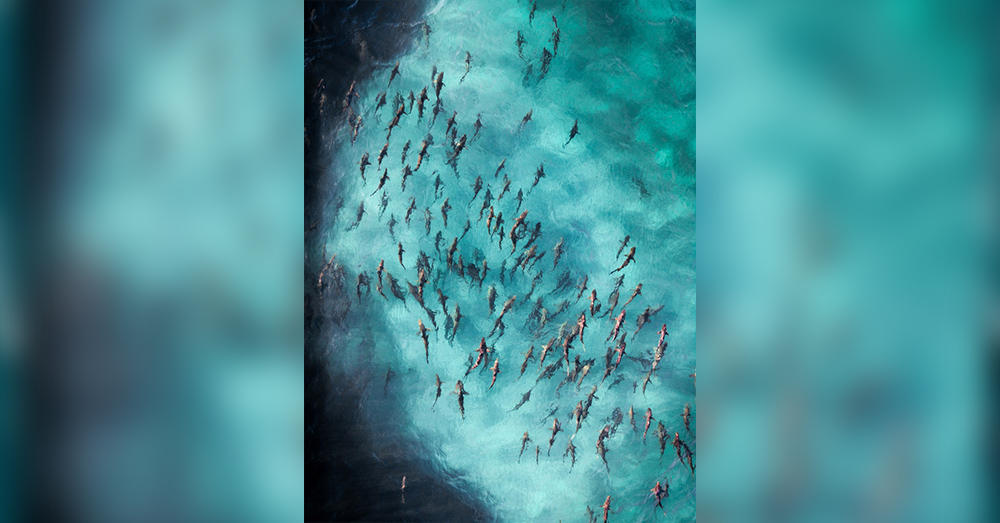 “Earlier this year I was lucky enough to witness a mass aggregation of spinner sharks feeding on a bait ball on the Ningaloo reef,” wrote photographer Lewis Burnett. “A truly amazing spectacle of nature to witness as they spin and breach through the mass of fish snapping in all directions on their way up!”


“We’re proud and honored to present the winners of our 2019 Photo Contest,” the Ocean Conservancy reports. “Congratulations to ALL of our entrants, and we hope to see you next year for our 2020 contest!”

Many photos were submitted to this year’s contest, and several of the honorable mentions are visible in a slideshow at the Ocean Conservancy website.