When the United States dropped two atomic bombs on the Japanese cities of Hiroshima and Nagasaki in August of 1945, bringing an immediate end to World War II, an estimated 250,000 people were killed in the bombings and their immediate aftermath due to radiation exposure and nuclear fallout. It was estimated that by dropping the bombs and ending the war, the United States saved up to a million people.

But for years following the Second World War, the United States conducted hundreds of nuclear explosion tests. The majority of those — 928 in total — occurred at the Nevada Test Site from 1951 until 1992. Atmospheric testing (above ground) stopped on July 17, 1962. Underground explosion testing would continue until September 23, 1992.

The unforeseen problem with the testing was nuclear fallout, radiation from the blasts which would be carried through the air to other parts of the country, as well as the radioactive contamination of the testing site’s ground. Cancer deaths spiked in some areas, resulting in the accidental deaths of many Americans.

A study, however, suggests that the death toll from U.S. nuclear testing is much higher than previously thought with “radioactive fallout responsible for 340,000 to 690,000 American deaths.” According to the study, that means the “cumulative number of excess deaths attributable to these tests is comparable to the bombings of Hiroshima and Nagasaki.” 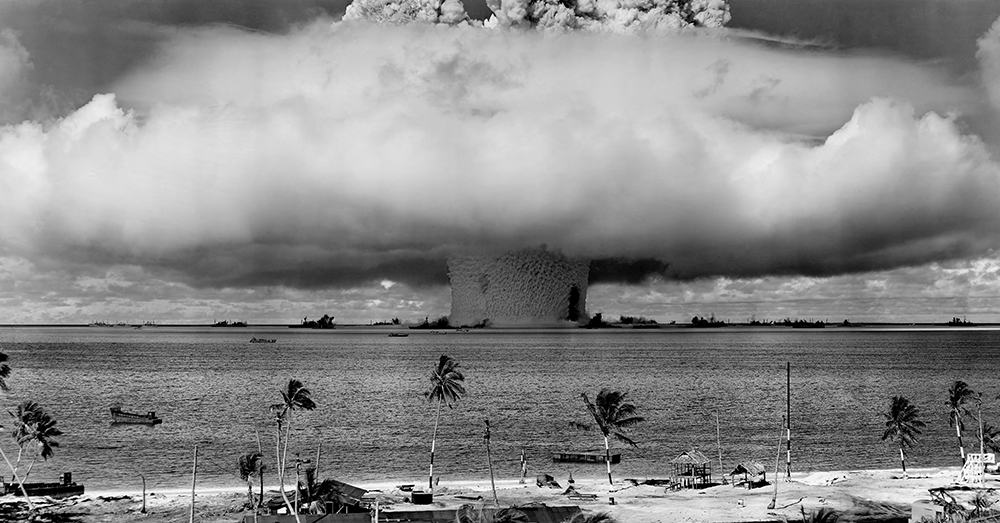 The study, conducted by University of Arizona economist Keith Meyers, focused on a previously overlooked aspect of nuclear fallout — food consumption. More specifically, Meyers tracked the levels of Iodine 131 (the deadly isotope released by the nuclear testing) in milk.

Following the nuclear tests at the Nevada Test Site, winds would carry the radiation far across the country. That radiation not only had a direct impact on people but also contaminated grass and vegetation. Cows who grazed in those irradiated areas became infected and passed the radiation into their milk, which was then delivered to and consumed by people. 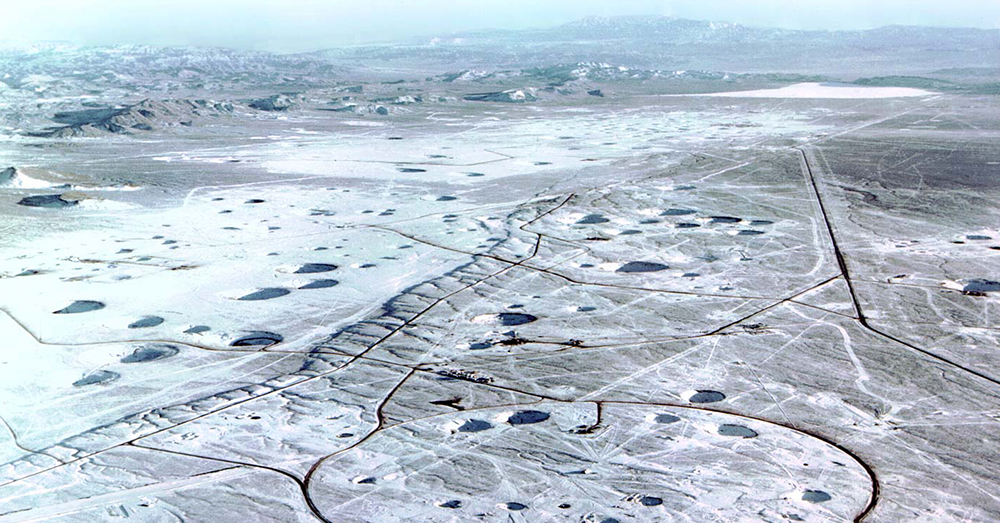 Photo: Wikimedia Commons — Craters can be seen from nuclear testing at the Nevada Test Site.

“Millions of people who grew up during the testing period are now retiring from the labor force and are drawing upon Medicare and other government provided services,” Meyers says in the study. “Nuclear testing may have made an entire generation of people less healthy and thus increased the cost of providing health care well into the present.”

While atomic bombs were only used in warfare the one time at the end of World War II, the subsequent testing of nuclear weapons throughout the Cold War had unpredicted and tragic results. Only today is the full extent of those consequences being realized. What started as a means to end the tyranny of the Axis Powers in World War II ended with the deaths of hundreds of thousands of people, showing all the more the horror and tragedy of war.

Watch this unbelievable footage of volunteers standing directly beneath an atomic explosion in 1957.

Jacob H. is an award-winning journalist and photojournalist who currently resides is West Michigan with his wife. In his spare time, Jacob enjoys writing, photography, mountain climbing, and camping.
Whizzco