If you want to see some big holes, visit Michigan in the spring.

If you want to see the earth disappear into a gaping abyss, you’ll have to fly south.

Geologists have located what is possibly the biggest sinkhole ever recorded in the New Zealand Islands. According to IFL Science, the terrestrial maw could have been left by a volcano that last erupted eons ago.

The 200-meter wide sinkhole is located a little over 9 miles south of Rotorua on New Zealand’s north island. After seemingly appearing overnight, a nearby dairy farmer has been forced to put a fence around the hole so his cows down’t fall in, the Associated Press reports. 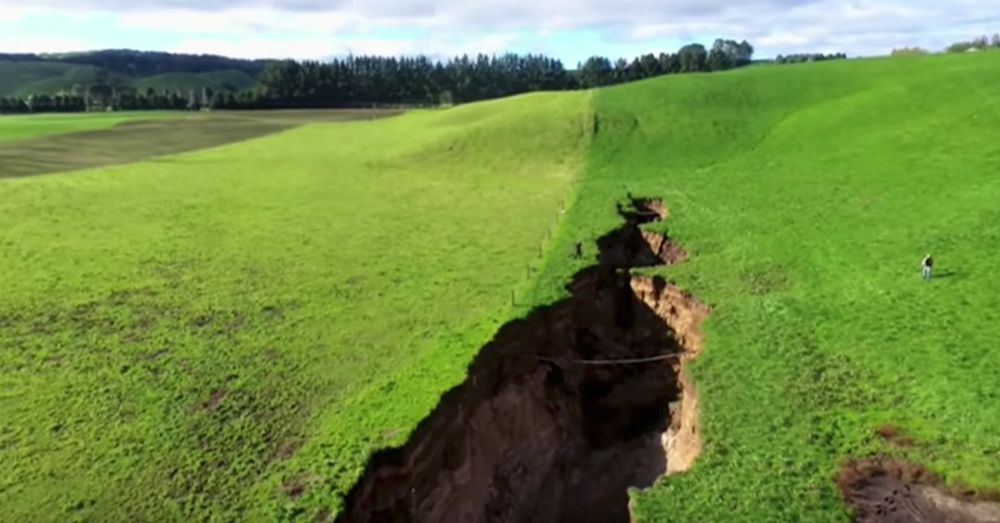 Source: YouTube/AFP news agency
The sinkhole in New Zealand is as much as 6 stories deep at points.

“It wasn’t until I came down in daylight that I actually saw just how big it was,” farm manager Colin Tremain told ABC News. “We’ll keep it fenced off as it is to keep stock out, although stock aren’t stupid, they’re not going to walk into a hole, they can spot danger.”

Of course, it’s more than just a massive hole. Scientists are now interested in it for its geological significance.

The hole is at least six stories deep, and three times larger than any other before seen by GNS Science volcanologist Brad Scott, who told the AP that the chasm could have developed over years, as limestone rock under the topsoil degraded into dust. 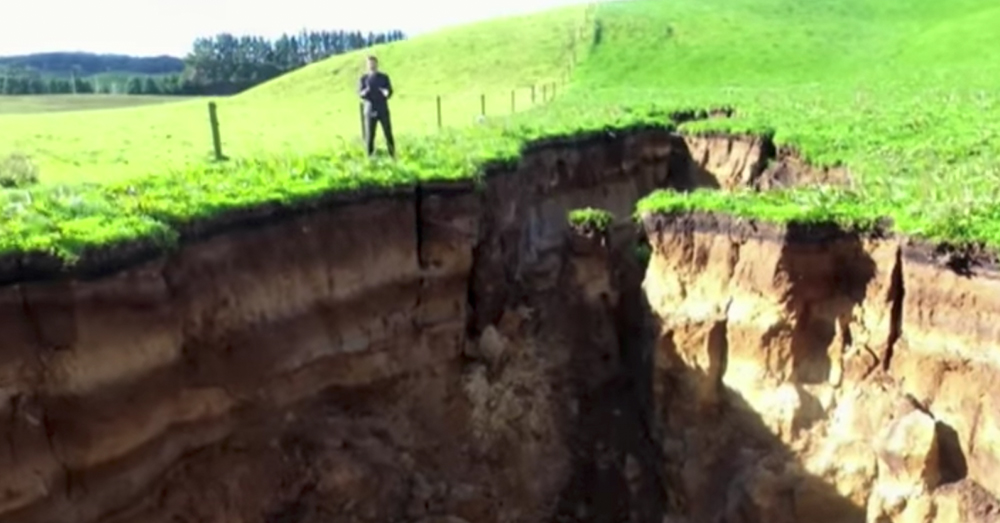 Source: YouTube/AFP news agency
A newrby dairy farmer put a fence around the hole so his cows would not fall in.

According to the U.S. Geological Services, there are three types of sinkholes to be found in the world

“Sinkholes are not uncommon in volcanic terrains, particularly those composed of basalts like the lavas currently erupting in the East Rift Zone in Hawaii right now,” Paul Wetmore, an associate professor of geology at the University of South Florida told Live Science. 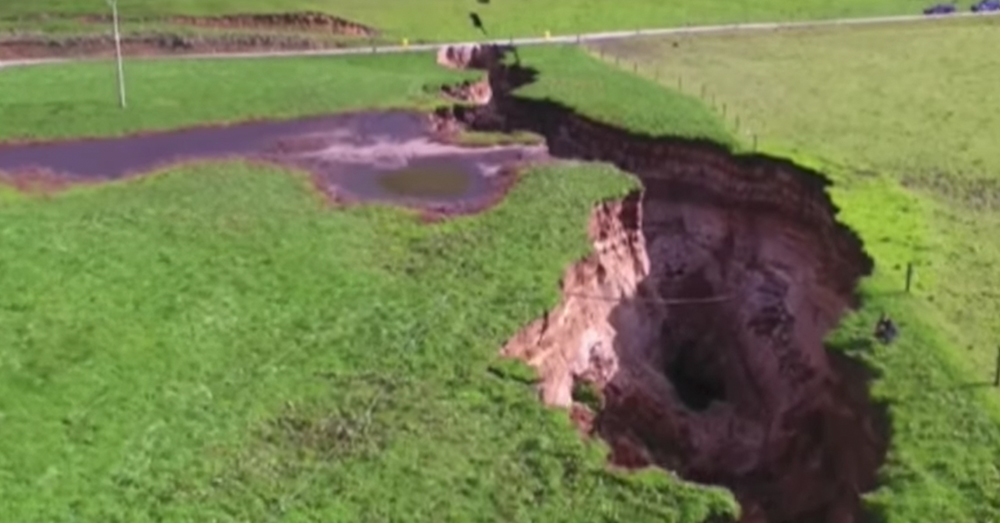 Source: YouTube/AFP news agency
There are three types of sinkholes. This is an example of a cover-collapse sinkhole.

This could mean the New Zealand sinkhole is evidence of a previously unknown volcano, which scientists are eager to study and understand.

“They’re making a good situation out of a bad event,” said Adam Milewski, an associate professor of hydrogeology at the University of Georgia. “The hard part for all of us is that all of the things we generally like to study are in the ground.”