A Mysterious Creature Just Washed Ashore In Maine, And No One Knows What It Is

The creature that recently washed ashore at Higgins Beach in Scarborough, Maine, has baffled researchers, and frankly horrified many others.

“Some blob of something had washed up on the shore,” local beachgoer Chris Blair told News Center Maine. “It was pretty gross.”

At 15-feet long, marine biologists from Marine Mammals of Maine believe the blob is not a whale, but possibly a basking shark, which raises even more questions. Whales, being covered in blubber, are more likely to float on the water’s surface, while sharks tend to sink once they’ve perished. 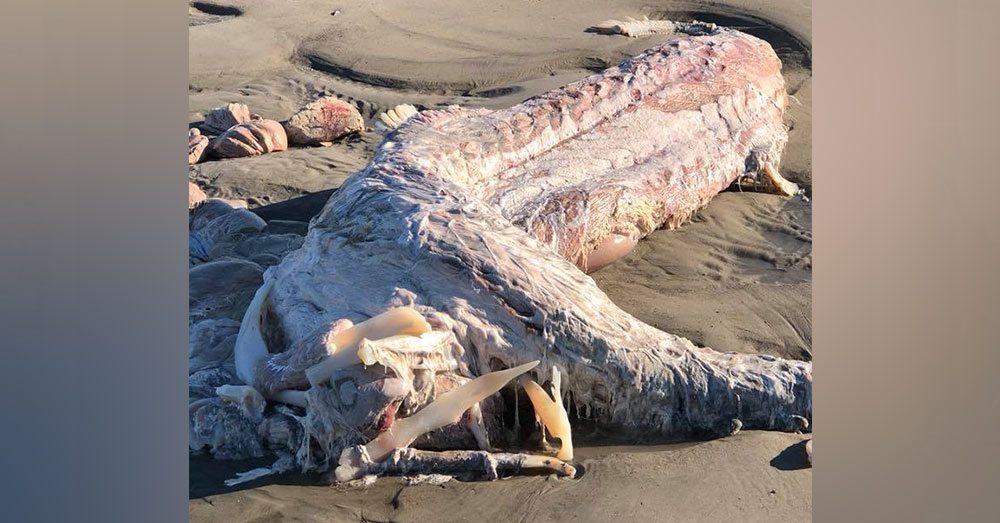 Source: Facebook/Chris Costa
The carcass of a mysterious creature washed ashore in Maine.

“It’s something that’s not unusual, and it’s too bad that we didn’t get to take a look at it because those things are kind of cool to investigate,” shark expert from the University of New England, Dr. James Sulikowski told News Center Maine.

The creature’s vertebra and rib cage are exposed, while most of what else is left has been either deteriorated, or been bleached from the sun and seawater. 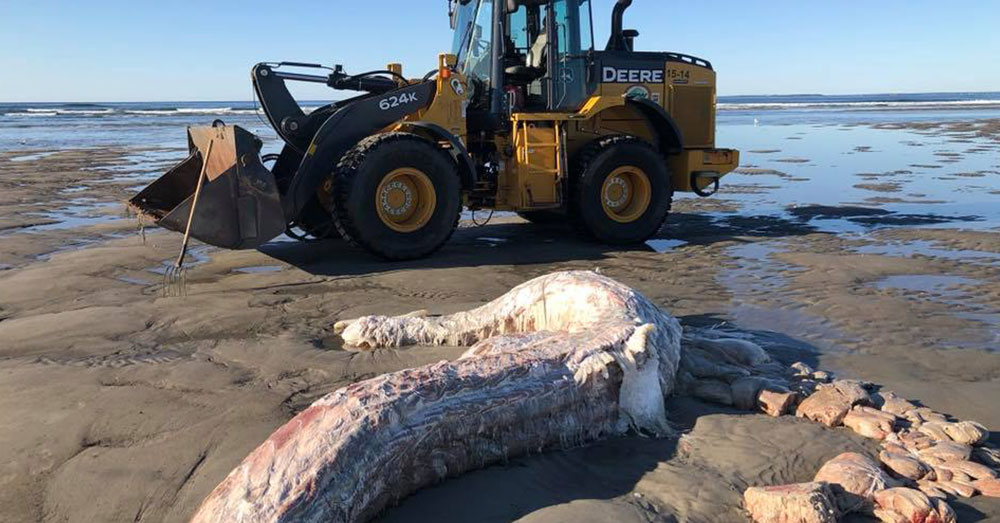 Source: Facebook/Chris Costa
Some think the animal may have been a basking shark.

“It smelled like a bad, hot day at a fish market,” said Blair. “It was pretty foul.”

It took the help of a beach clean-up crew and a bulldozer to remove the creature’s remains from the public area. According to NECN, the carcass will be buried at a nearby landfill.