In Reykjavik, Iceland a Certain Puffin Got Very Lucky!

Meet Mundi, he was found on the side of the road, lying very still, so still that the woman who originally found him thought he was dead! Once she saw a slight movement from him, she immediately went into action! She took this cutie off the side of the road and brought him to safety. As soon as she brought Mundi to safety she contacted her friend, Ásrún Magnúsdóttir for help. Ásrún didn’t hesitate. She went straight to her friend to see if she could be of any help. 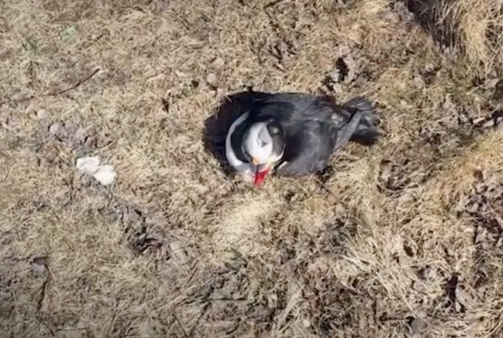 Upon seeing the extent of his injuries, Ásrún decided to take him to the vet. With a broken beak and unable to fly, the vet declared Mundi’s injuries too severe. The vet felt that the only option was to put him down, but for Ásrún that wasn’t an option. She felt that Mundi was strong enough to recover, so going against the vet’s advice she brought him back to her home, where she lives with her two cats and two dogs. And while it was a bit difficult to care for Mundi, Ásrún refused to give up! 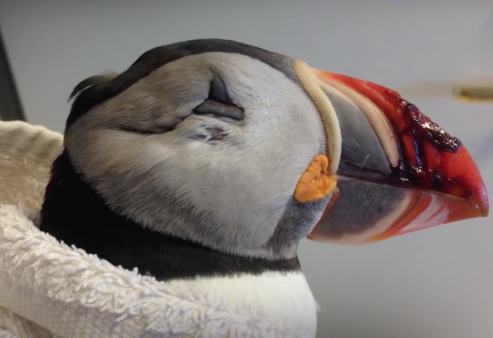 Originally, her plan was to nurse Mundi back to health and release him into the wild where he belongs. And it seemed that would be the case because Mundi was making a fantastic recovery. Though, it wasn’t long before she noticed that he was acting a bit strange. Mundi had begun walking into walls and was completely unresponsive to the movement around him. After a bit of observation, Ásrún came to the conclusion that Mundi was blind. This lack of vision meant that he would be unable to survive in the wild, so Ásrún decided that the only logical option was to keep him! 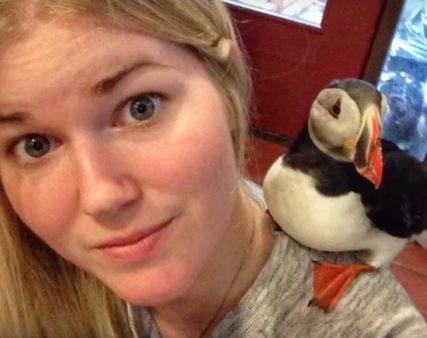