Swimmers Beware: The Most Dangerous Waters On Earth

Of all the places on Earth, the ocean that covers about 70 percent of our planet is a place of incredible beauty as well as extreme danger. And more than 95 percent of Earth’s water is contained in its five different oceans.

But in between the waters of the Atlantic, Pacific, Arctic, Indian, and Southern Oceans, there are plenty of other places that contain spectacularly dangerous aquatic locations.

Below, you will learn about some of the most dangerous waters in the world, ranging from lakes, underwater labyrinths, to massive ocean holes.

So if you ever find yourself in one of these locations, make sure to have a real professional close by and be extremely careful. 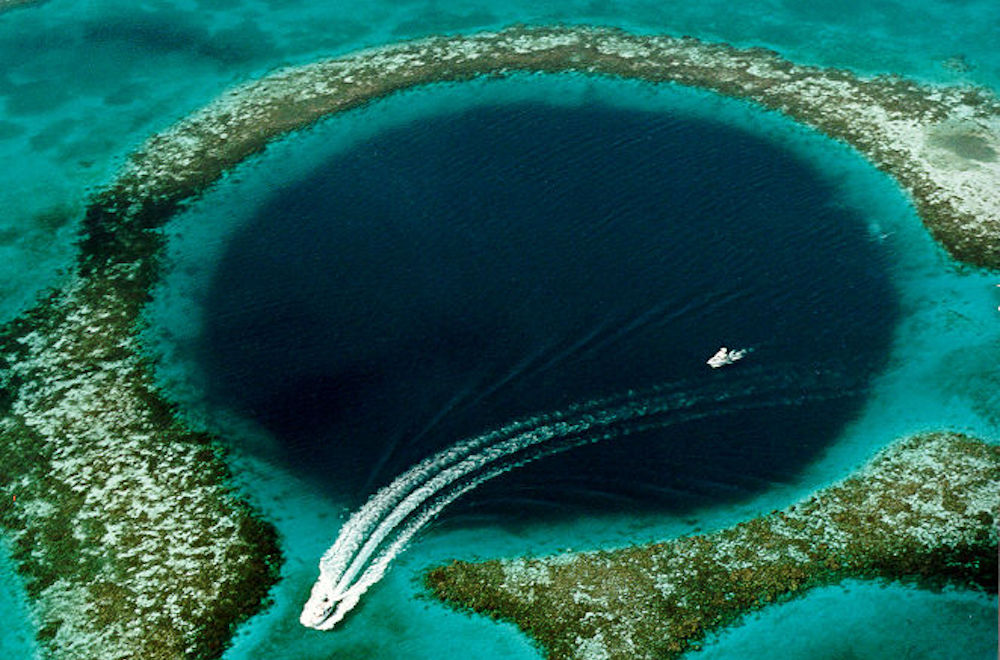 This massive ocean hole that is 984 feet wide and 410 feet deep is not only the world’s deepest underwater sinkhole, but it is also one of the most dangerous.

Undersea explorer Jacques Cousteau made this hole incredibly famous when he declared it part of the top 10 world’s best diving locations in 1971.

But divers need to be very aware when exploring its depths because its tides create powerful swirling vortexes that can suck in almost anything (or anyone). Also, because of its extreme depth, when something goes wrong on a dive, it can become quickly fatal without proper training. 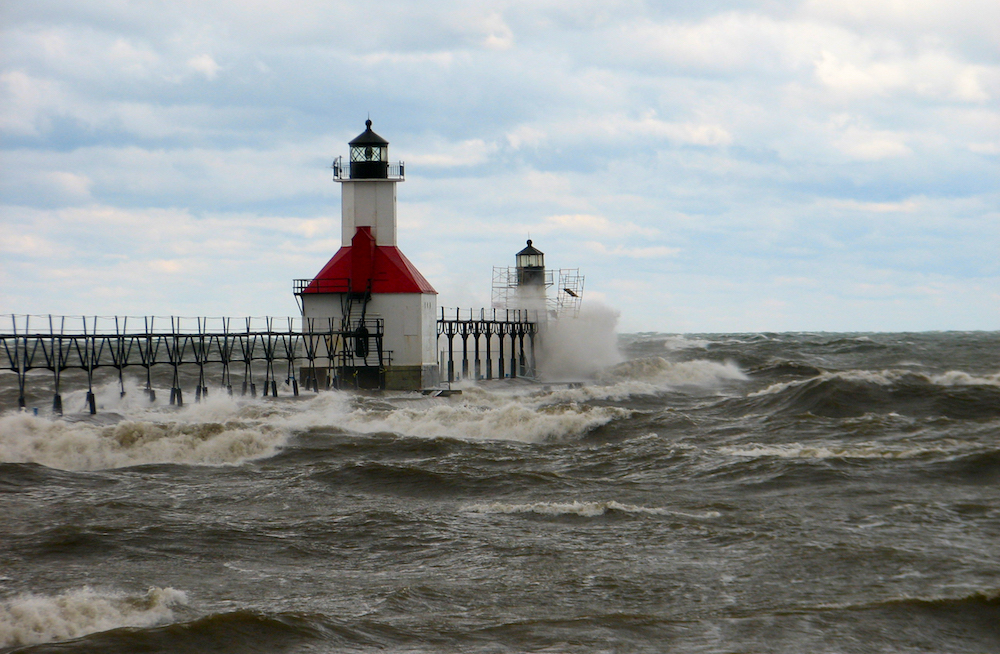 The second largest Great Lake that borders the entire western side of The Mitten State is easily one of the best summer recreation lakes for people who live nearby.

During the warm summer months, the water can reach temperatures of more than 70 degrees, making it incredible for swimming. But it also contains some of the most dangerous water currents of all the Great Lakes.

It averages about six current-related deaths per year, which is three times more than the next highest Great Lake. It also can have incredibly powerful, large waves that can reach heights of 20-23 feet. 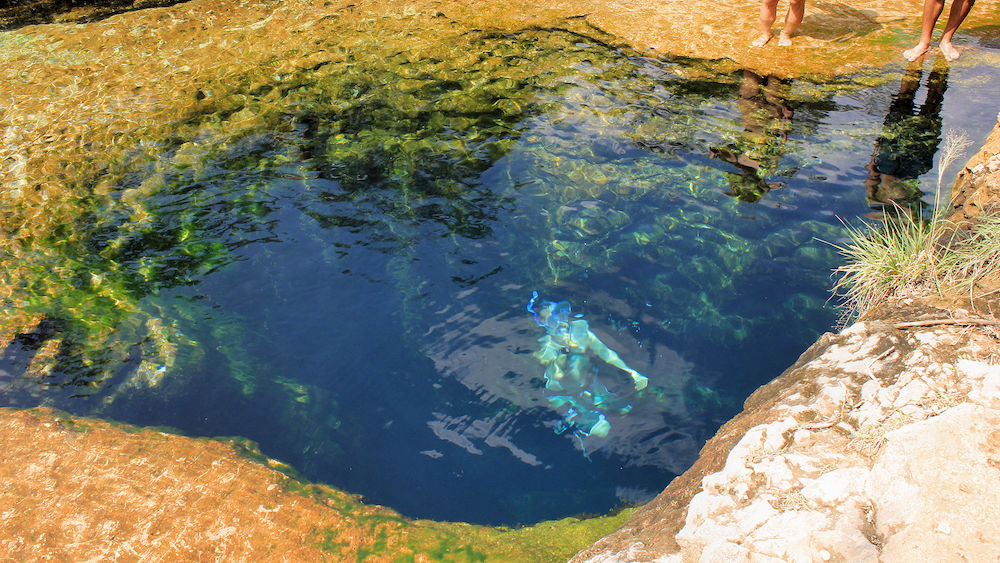 This 30-foot natural well fed by incredibly crystal-clear spring water has been a long-time attraction for Texas locals during the swelteringly hot summer months.

Unfortunately, the attractiveness of the cool, clear water is offset by the dangerous tunnels and caves that litter the bottom of the well.

So far, eight people have been killed after diving too deep and becoming unable to make their way back to the surface.

The opening is also only 13 feet wide, so for daredevils and thrill seekers who like to jump from the nearby rocks into the water, there isn’t much of a gap between nice, clear water and extremely hard rock. 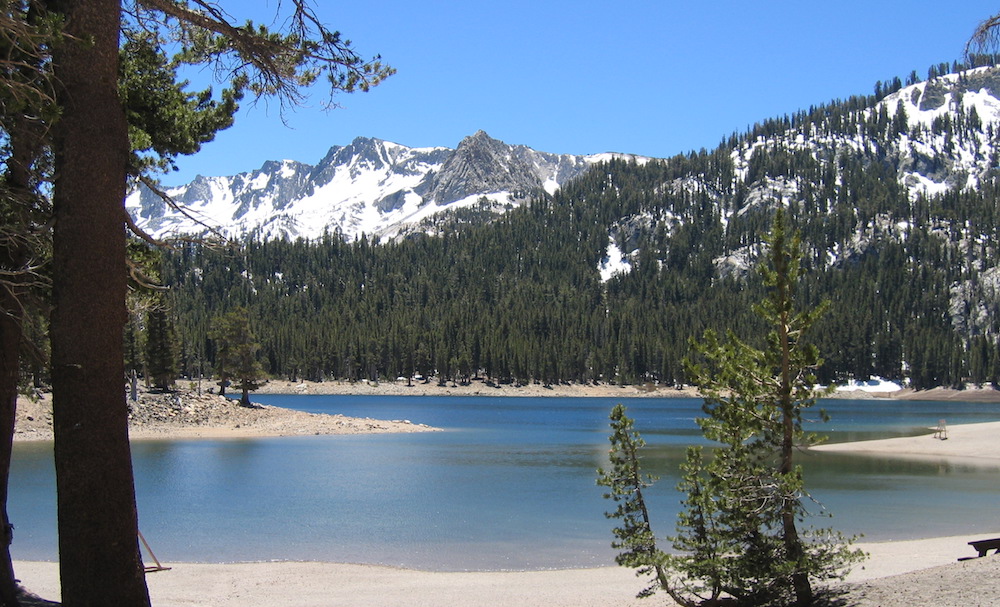 Horseshoe Lake resides on the edges of Mammoth Mountain, making it an extremely popular destination for hikers and outdoor recreationalists.

During the winter, access is restricted to skiers and snowshoers only because of the extreme amount of snow in the area. In the dryer seasons during the summer, many of the springs that feed into the lake dry up, leaving sandy beach areas for people to play on.

But back in 1989, a series of earthquakes caused the earth to open up and dangerous amounts of CO2 to escape from the floor of the lake, killing more than 100 acres of trees.

Mammoth Mountain is a young volcano which still causes potentially deadly amounts of carbon dioxide to seep through Horseshoe Lake, making it a constantly monitored location. 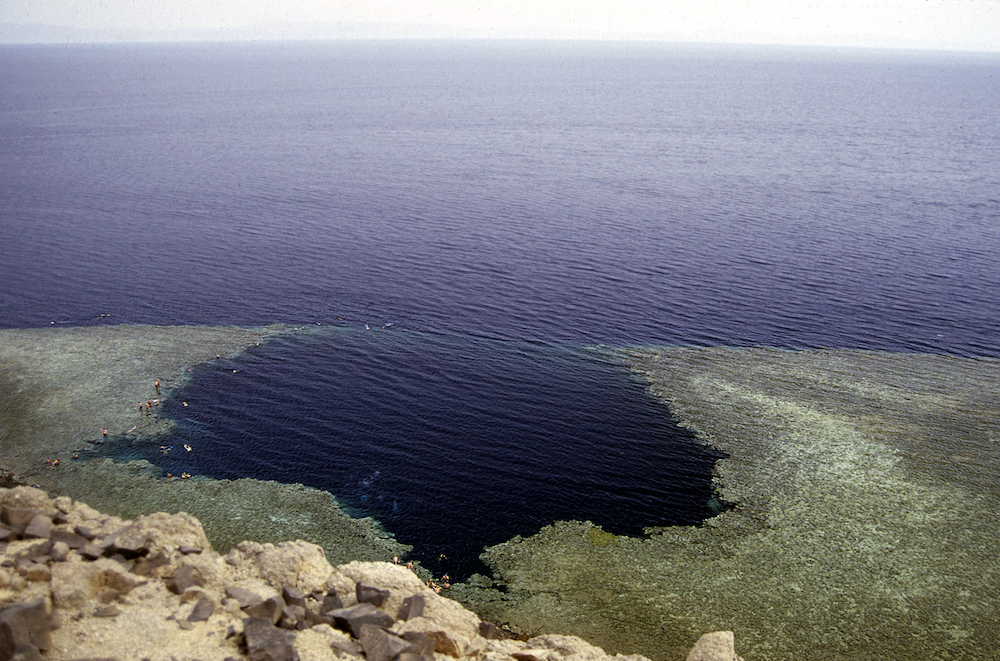 Another one of the world’s beautiful (and extremely dangerous) sinkholes is located on the edge of the Red Sea, on the east coast of Egypt’s Sinai Peninsula.

People come from miles around to snorkel and dive into the 394-foot deep sinkhole and experience its underwater beauty.

But while people walk down to the water’s edge, they need to walk past an area full of plaques and memorials that have been left behind in dedication to the estimated hundreds of people who have lost their lives under the water.

Nicknamed the “diver’s cemetery,” this swimming and diving location is easily one of the most deadly. 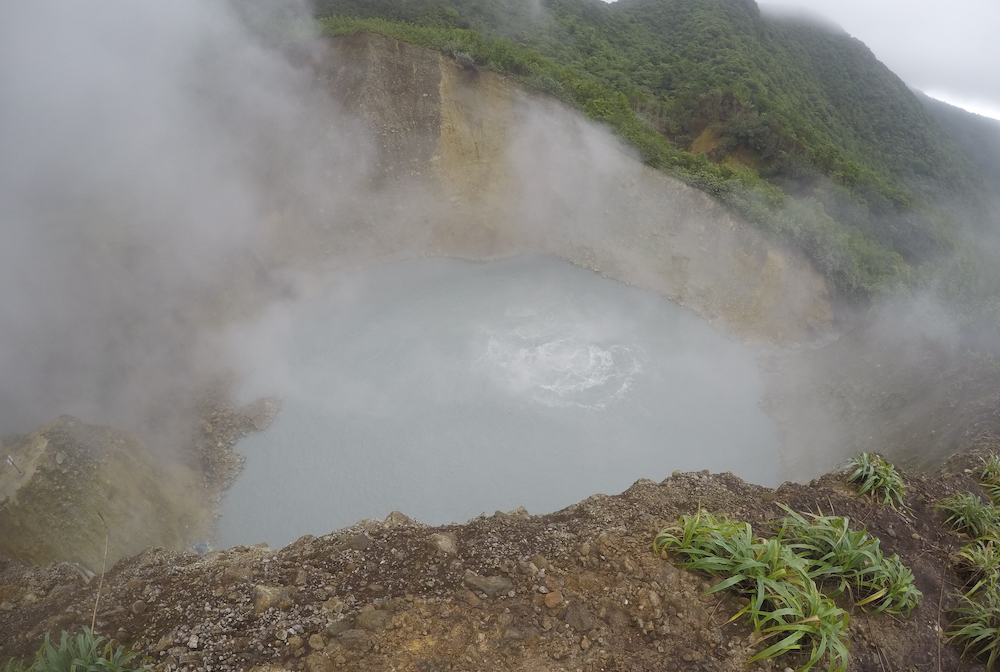 Hot springs can be incredibly wonderful places to experience, especially during the winter months when you can jump into a river or pool that is basically a natural hot tub.

But sometimes, the water can be so hot that it would boil anything that came into contact with it.

At Dominica’s Boiling Lake, the second largest hot spring in the world, the water at the edges of the pool is a dangerous 180 to 197 degrees. The center of the spring is too hot to even be measured because of the steam and heat generated from the nearby volcano. 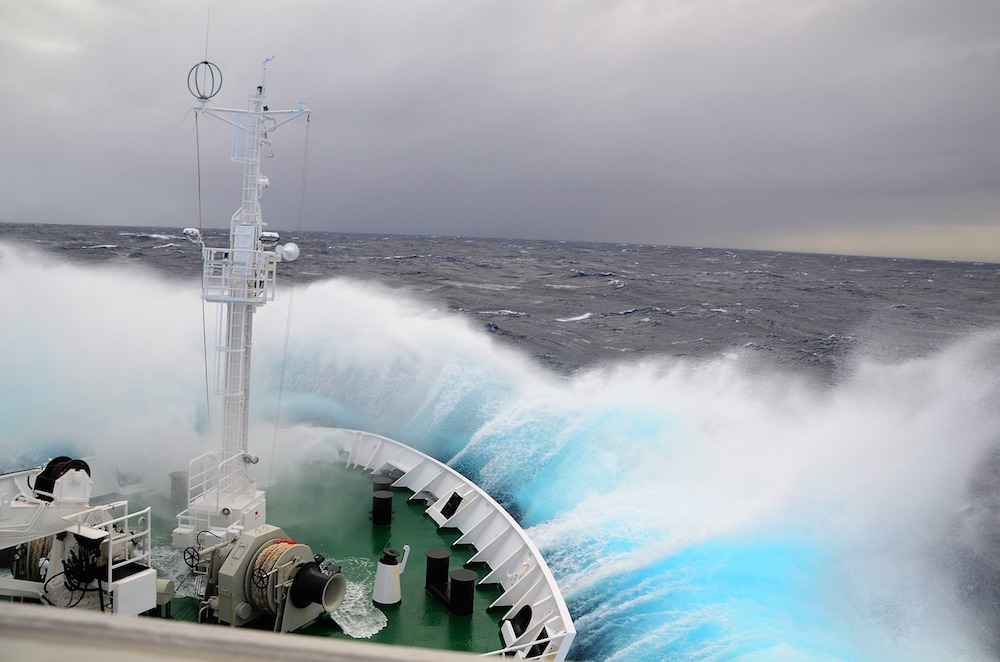 This 500 mile-wide passage of ocean resides between Cape Horn and Livingston Island, making it the shortest crossing from Antarctica to any other landmass.

However, most people who have made this journey would tell you that it is incredibly dangerous because of the extreme weather and rough waters.

With unpredictable icebergs, extremely high wind speeds, dangerously strong water currents, and minimal visibility, Drake Passage has been known to be a ship graveyard for the amount of wrecks it has caused over the centuries. 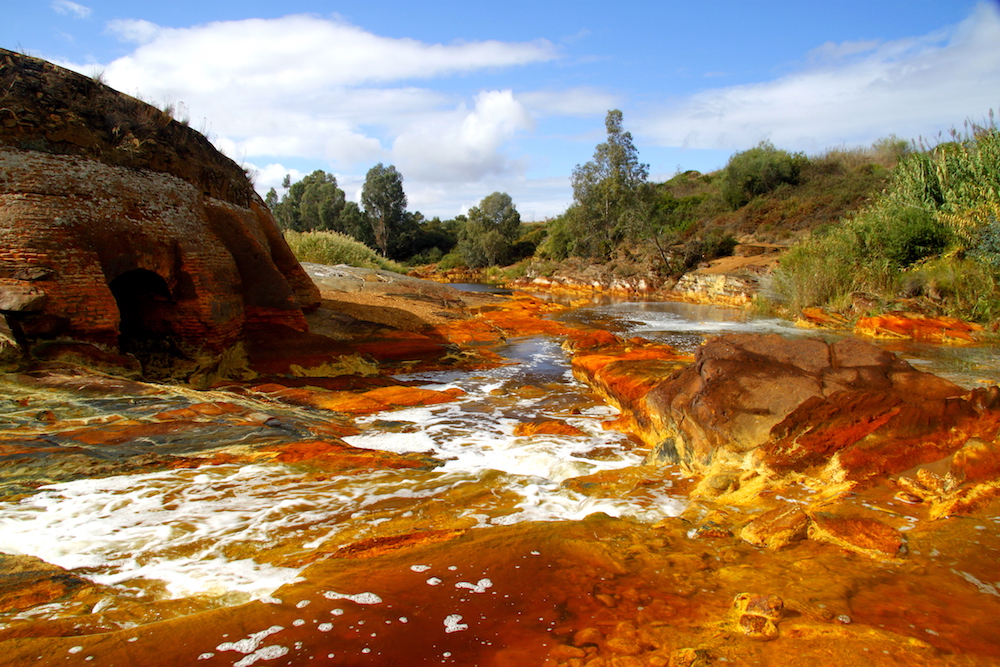 Rivers aren’t usually the first thing that comes to mind when thinking about dangerous waters, unless there are serious rapids involved.

But the Tinto River in Spain is dangerous for reasons that are as unique as its strange reddish color.

This particular river actually contains serious amounts of heavy metals in its water. Copper, iron, and other metals dissolve regularly into the water from the ground, making it somewhere no one would ever want to swim, let alone get near their mouths.

The waters of our planet are incredible places. The oceans, lakes, rivers, and springs all come together to help form some of the most interesting locations on Earth.

But it is easy to forget how much danger can be involved. Even if it is the most beautiful and tranquil looking body of water, it could hold any number of unseen peril.

So next time you go out on an aquatic journey, make sure to do your research!