Hurricane Michael landed on the Florida coastline on Wednesday, October 10, after picking up steam over the Gulf of Mexico. It devastated the state’s panhandle and continues to work its way further inland, toward the already-deluged Carolinas.

The tropical storm barely qualified as a “major” hurricane on Monday, Oct. 8, but worked its way up to a Category 4 storm when it hit the U.S. coastline near Mexico Beach. Winds from the storm have topped 155 mph, according to CNN, making Michael the strongest hurricane to hit Florida since Andrew in 1992. 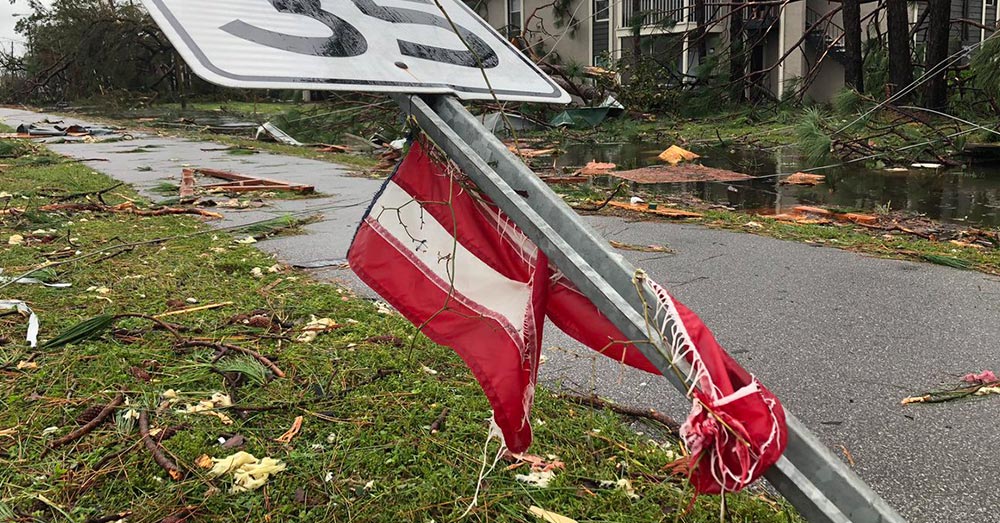 Source: Twitter/KDFiscus
A ripped flag wrapped around a road sign, bent by the winds of Hurricane Michael.

Animals displaced and injured in the wake of Hurricane Michael need your help!

Since it came ashore and moved into Georgia, Michael has been downgraded to a Category 1 hurricane, but the devastation it’s left Gulf Coast residents to deal with is immense. One man was killed when a tree fell on his home in Greensboro, Florida, while power has been cut to at least 500,000 others throughout the Southeast.

Police and first responders, already pushed to the limit with rescue efforts, have had to deal with looting in some Florida cities, too.

See how social media has reacted to the storm in the images below.

Trees are being snatched from the roots in Panama City, FL! All of my friends and family please be safe! #HurricaneMichael pic.twitter.com/Hh0eXbBqUO

As the water continues to rise in the Southeastern U.S., critical supplies like clean drinking water, food, and medicine become harder to transport to shelters for both humans and animals. GreaterGood.org and its partner organizations are doing all they can to help.

But they can’t do it without your help. 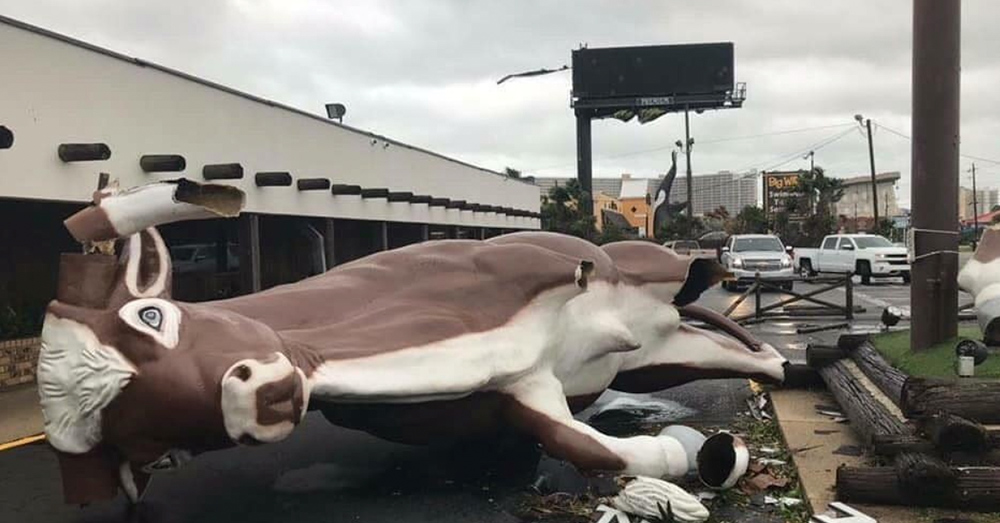 GreaterGood.org’s disaster response team is actively communicating with partners along the Gulf Coast, assisting in providing food, animal care, and veterinary supplies, as well as animal transport of pre-storm shelter pets to make room for incoming displaced pets from the storm.

Timing is critical to assist the people and pets affected by Hurricane Michael, and your ongoing support makes it possible.

Click the button below to help people and pets in need!

Animals displaced and injured in the wake of Hurricane Michael desperately need your help!

GreaterGood.org is currently sending food, medical supplies, and cash to help those on the ground prepare, and to transport animals out of harm’s way. Your ongoing support makes it possible.
Make a difference