The world’s last remaining northern white rhino, Sudan, has passed away after months of health problems.

Sudan’s caretakers made the difficult decision to put him to sleep on Monday, after his health took a significant turn for the worse. Sadly, this leaves only two remaining northern white rhinos to save the subspecies—Sudan’s daughter and granddaughter.

The hope is that, with the genetic material researchers were able to conserve, there will still be a chance for artificial insemination. 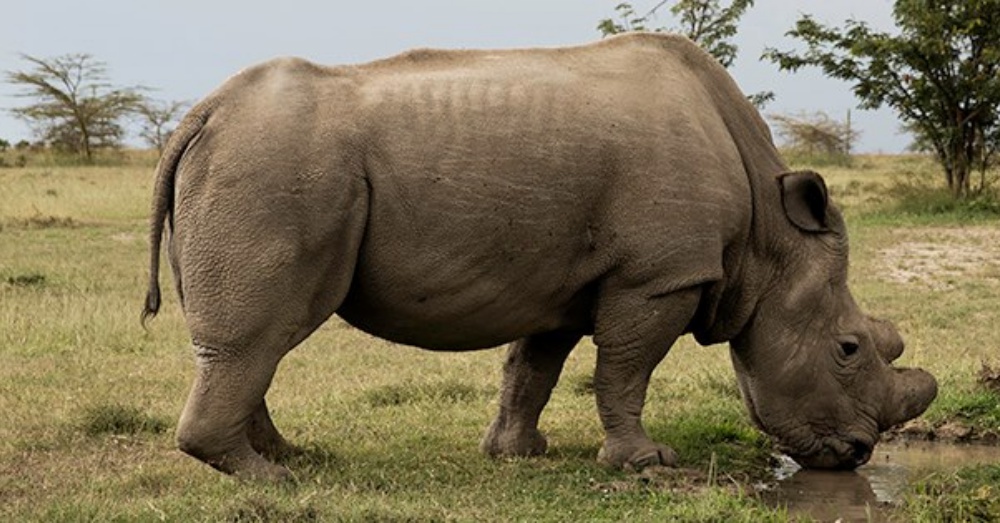 Sudan’s health has been deteriorating since last year, when he developed an age-related infection on one of his legs. Thanks to the dedicated individuals who cared for him, the infection was identified and treated rapidly, and by early 2018, Sudan’s mood and activity level had improved remarkably. 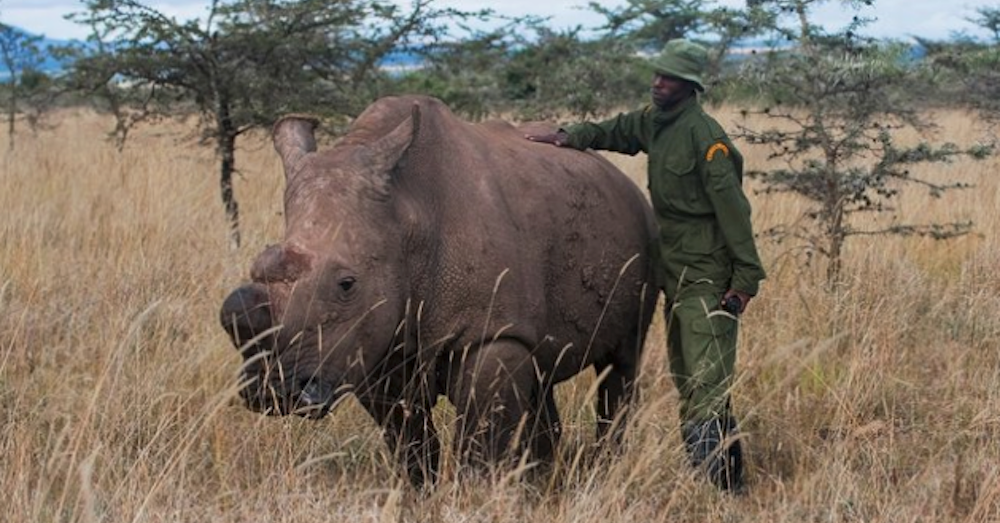 Unfortunately, soon thereafter, the rhino developed another infection, this time much worse. His caretakers worked diligently to help Sudan recover, but the infection took longer to heal, and he developed yet another complication.

With his health in decline, facilitating Sudan’s natural reproduction with his potential mate became impossible. 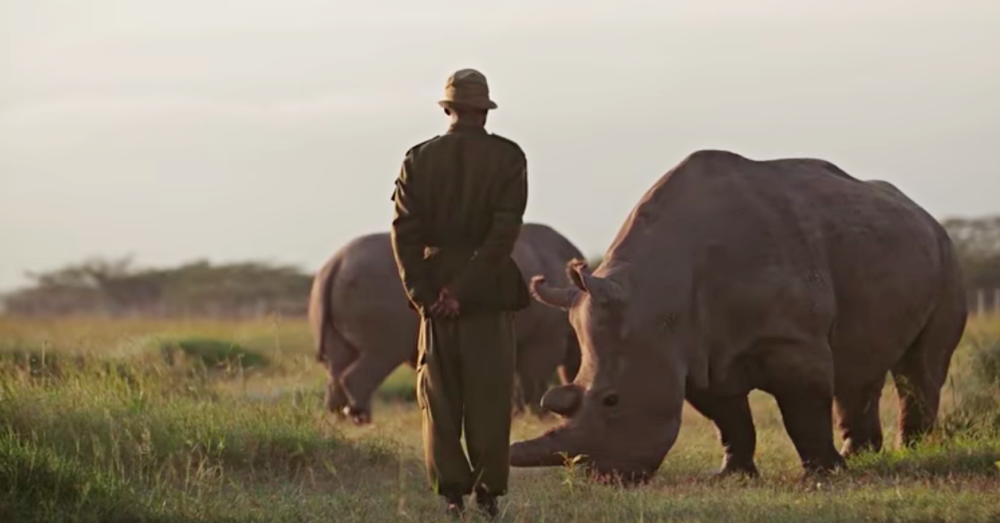 In their time at Ol Pateja, Sudan and the two female rhinos have received incredible care, and their protection has been of the utmost importance, due to constant threat from poachers.

For that reason, Sudan has been guarded by armed rangers 24 hours a day since 2009, when he was transferred to the Ol Pateja Conservancy in Kenya. The rangers protecting the rhinos have been risking their lives to save this critically endangered species from extinction.

The relationship they developed with the rhinos was one of deep love and mutual respect. Take a look at the heroes who have been dedicating their lives to protecting this species.