Winter may be over here in the United States, but elsewhere in the world, it’s still plenty cold!

One such place that is still feeling a bit of a chill is Lake Baikal in Russia.

According to Conde Nast Traveler, this beautiful body of water holds distinction in several important ways.

For one, it’s thought to be the oldest lake on the planet. For another, it’s also Earth’s deepest lake, getting to as much as one mile deep in certain areas.

On top of that — and perhaps unsurprisingly, given that it’s so dang huge — the lake holds one-fifth of all the world’s liquid fresh water. 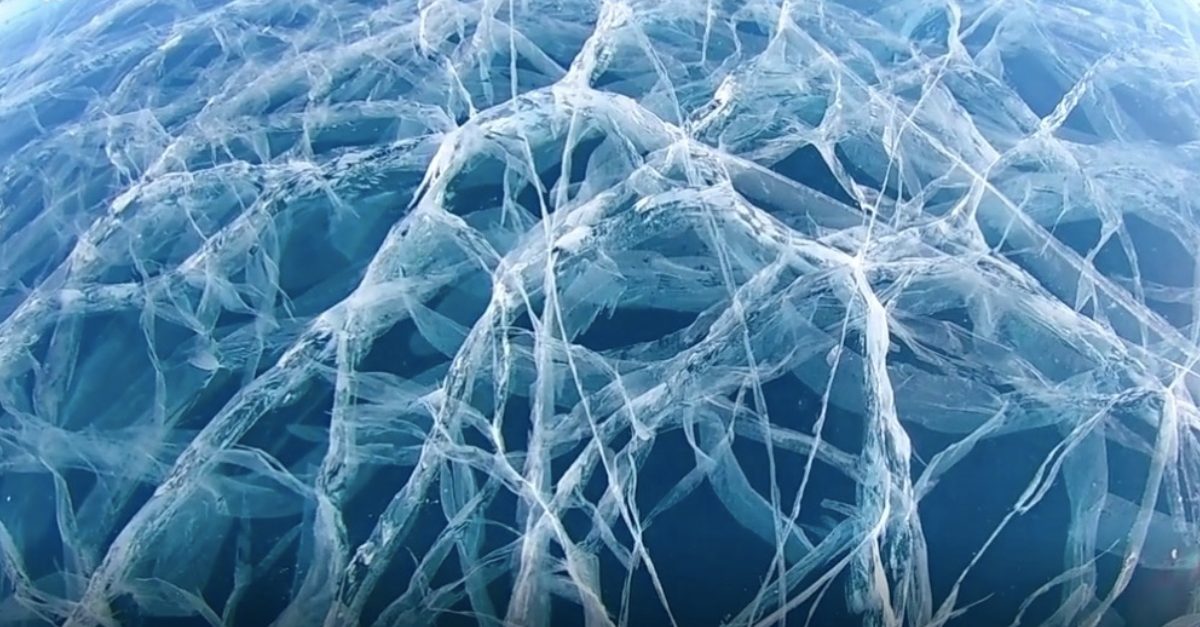 In the coldest months, Lake Baikal freezes over and is known for becoming a winter wonderland, treating visitors to an array of wondrous sights.

When frozen, the southeast Siberian lake is even the venue for the Baikal Ice Marathon, which is a 26-mile long marathon run from the lake’s eastern shore to its western shore.

That’s right — brave souls literally run over the frozen surface of this lake, from one side to the other.

In March 2019, a network of cracks in the 1.5-meter-thick layer of ice created a maze-like view from the surface of the frozen lake. It almost looks as though the ice tunnels are veins running through the “body” of water.

Check out the completely mesmerizing footage in this video!