If you think there’s anything cuter than a baby giraffe in a pair of customized baby giraffe shoes, then you are sorely mistaken because there is NOTHING in this world that is cuter than that.

Nothing, I tell you!

Hasani the giraffe was born a few weeks ago and lives at the Seattle Woodland Park Zoo. Soon after his mother, Olivia, gave birth to him, health experts at the zoo realized he had a condition called hyperextended fetlocks. This basically means that his rear feet aren’t aligned as they should be.

Typically, this condition affects horses, but it is also known to affect baby giraffes from time to time. It makes perfect sense, to be honest, since horses and giraffes are built pretty similarly.

Once zoo officials figured out Hasani’s condition, they got to work building custom wooden shoes that will help mend his back legs. Hasani will wear them on a trial basis. 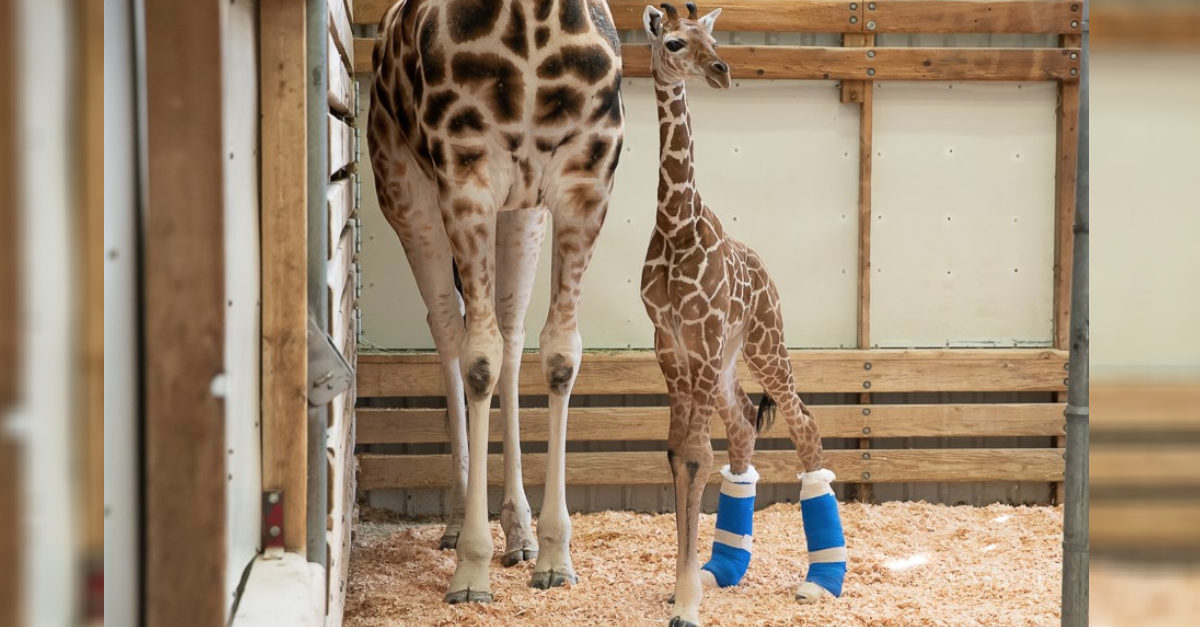 The zoo’s associate veterinarian, Dr. Tim Storms, said in a statement to Inside Edition: “This will be better for walking outdoors on wet ground and will allow him to exercise more, which is critical to his development.”

“While we are happy with Hasani’s response so far and these new shoes, he’s not out of the woods yet,” he continued. “His condition is still guarded and we’re keeping him under close observation. We’ll continue assessing the best course of action to help him walk and grow normally, and to find a good balance between supporting his limbs and strengthening his tendons.”

Don’t worry, though; Hasani is otherwise in good health!

To see Hasani’s new pair of kicks, check out the video below.