It’s no secret that many of the critters and creatures who live in Florida tend to find their way into the homes of unsuspecting people.

It’s one thing to wake up and find that a lizard has gotten into your house. It’s a whole other thing to find a massive 11-foot-alligator helping itself to the wine in your kitchen!

That’s what happened to one Florida family. The alligator gained entry to their Clearwater home through a floor-to-ceiling window, police said. It smashed through the glass and worked its way inside. It thrashed around the condo, knocking things over in its path. Upon hearing a loud crash at nearly 4 a.m., the homeowner went into her kitchen to see what was going on.

That’s when Mary Wischhusen came face-to-face with the gator.

“I heard this huge, monstrous crash, like the whole roof was falling in on the side of my house,” she told Fox 13 News. “I headed for the kitchen and as I got to the door of the kitchen, I had this beautiful face staring at me as though he belonged there. This 10-foot gator was having a marvelous time sitting in my kitchen.” 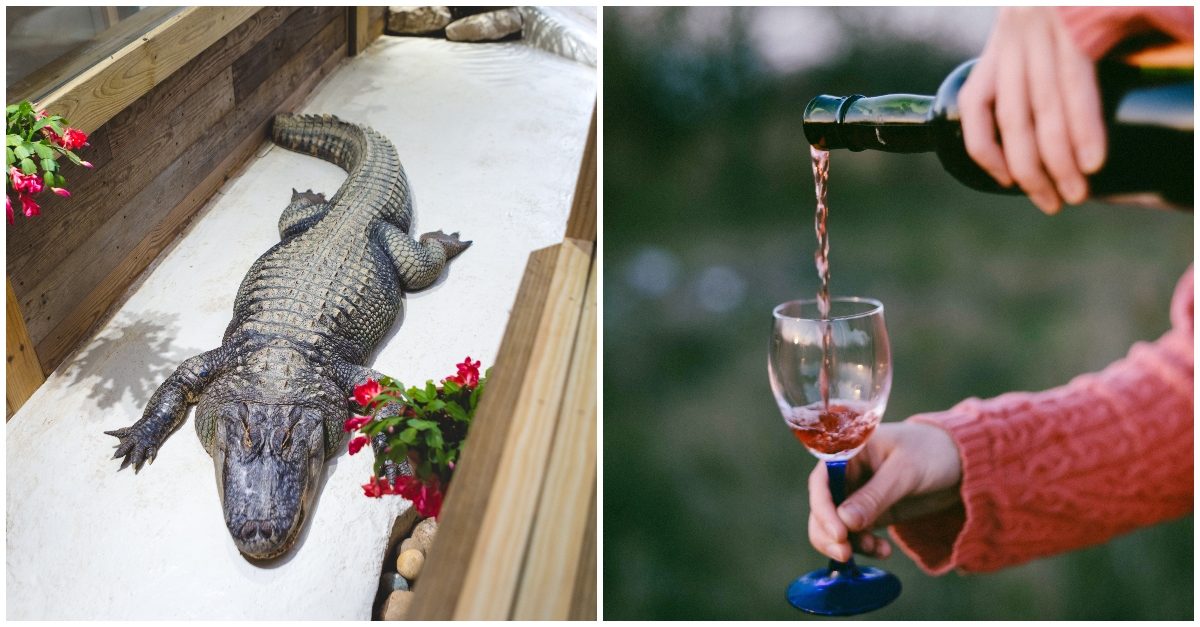 The animal had destroyed her kitchen table and knocked over a few bottles of red wine — the “good stuff,” Mary lamented.

“I decided I wasn’t staying there, so I went back to my bedroom and closed the door and called the police,” she told Fox 13. Shortly after, ten officers and two trappers arrived. Mary waited out back while they spent two hours coaxing the alligator out of the home for further evaluation.

The alligator eventually exited the home, leaving Mary to deal with the mess left behind. The animal made it out largely unscathed.

“The alligator did suffer minor cuts to a shoulder, but the majority of the red liquid on the floor in the photos was wine,” a city spokesman confirmed.