An extremely rare albino alligator has arrived at an Illinois zoo for a summer vacation!

Albino alligators are the children of parents who carry the recessive gene for albinism. They don’t have the ability to create melanin to color their skin or eyes, which causes the ivory-white skin that makes Snowflake so special.

Alligators normally live in swamps, marshes, rivers, and lakes. But albino alligators like Snowflake have a hard time surviving in the wild.

They’re easier for predators to spot due to their bright white skin and their pinkish eyes. Their skin is more sensitive to the sunlight, which is normally crucial for alligators to regulate their body temperature. Also, the sun burns their eyes and makes it hard for them to see food and predators. 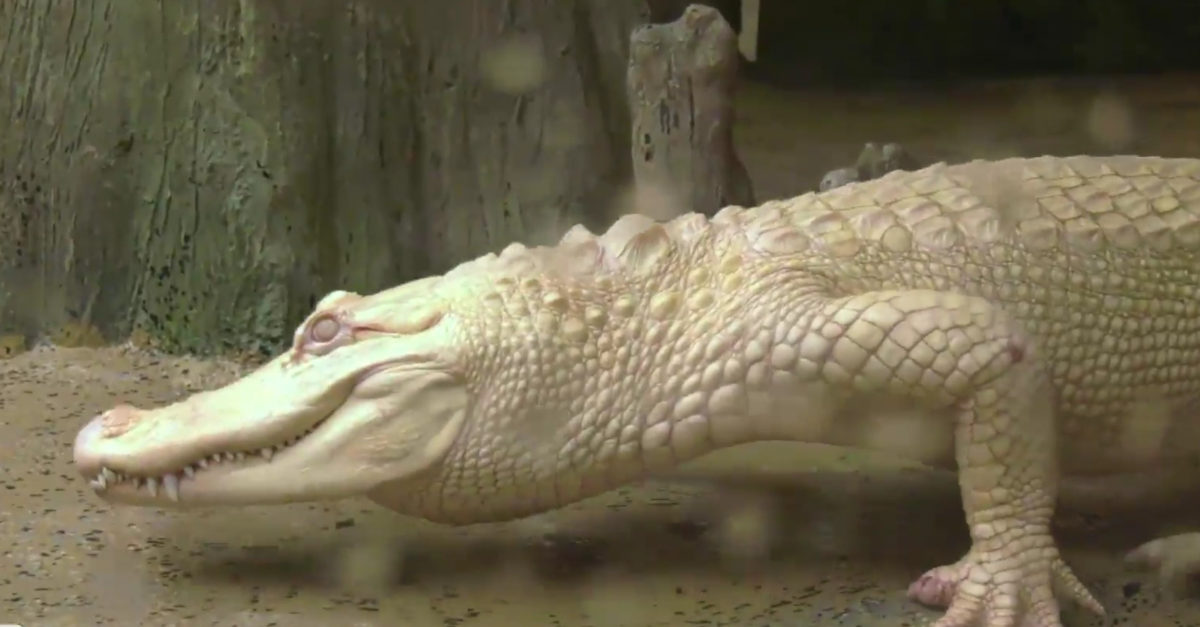 Because Snowflake likely wouldn’t survive for long in his natural habitat, he normally spends his days in Florida at St. Augustine Alligator Farm Zoological Park. But he’s taking a break from that zoo for a summer vacation up north.

Snowflake just arrived at the Brookfield Zoo in Illinois. He’ll hang out in the zoo’s swamp habitat, where visitors can see him until September, when he goes back home to Florida.