Porcupine Fends Off Pride Of Lions With His Sharp Quills

Many creatures in the animal kingdom have amazing defense mechanisms. Skunks have one of the worst smells to ever be smelled, pufferfish are both poisonous and have spikes, along with many other examples. Some have serious defensive capabilities to protect them from predators.

Porcupines are small but mighty animals that have an impeccable built-in defense system. By using the quills they have all over their back, porcupines can stand them all up on end so that anything that tries to take a bite will get a nasty case of stabbed mouth. And these rodents don’t care what kind of predator it is, they will do everything in their power to not be dinner, just like the porcupine in the video below. 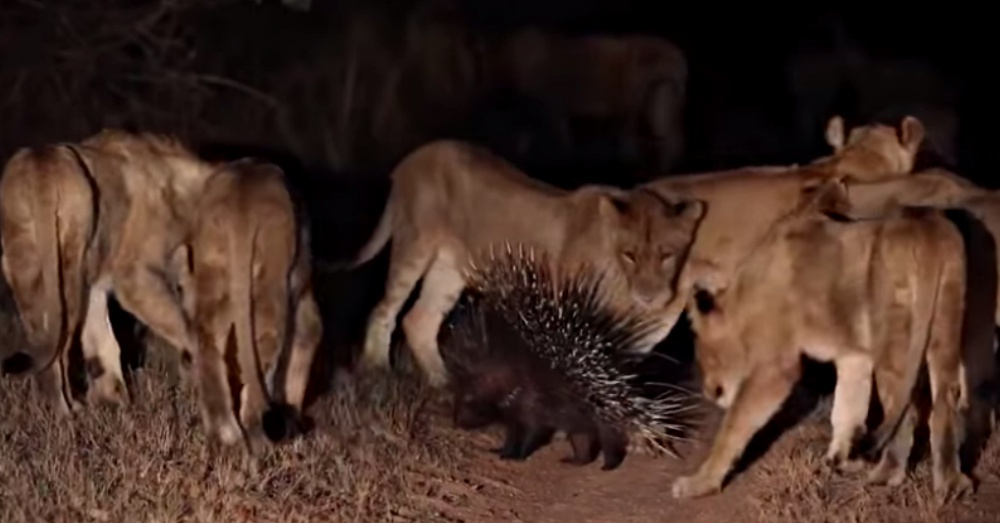 When a pride of lions surrounded this porcupine, the prickly little guy was outnumbered, but certainly not overwhelmed. This small and savvy porcupine held his own; he began to shake his tail to make noise, and ran backwards into any lion who crept too close. 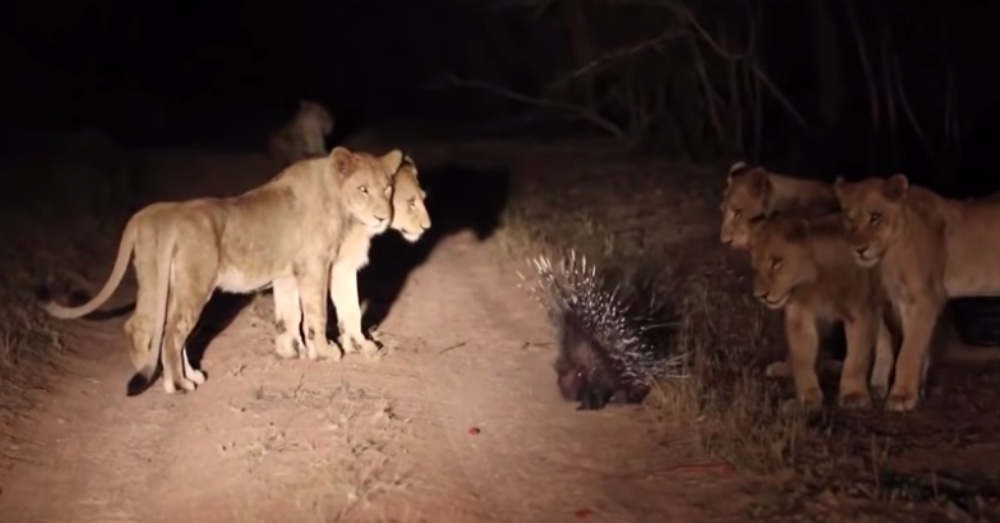 After multiple failed attempts, the lions walk away and leave the porcupine. The few that were poked with a quill realized that it was not worth the pain, so the porcupine wins the battle. 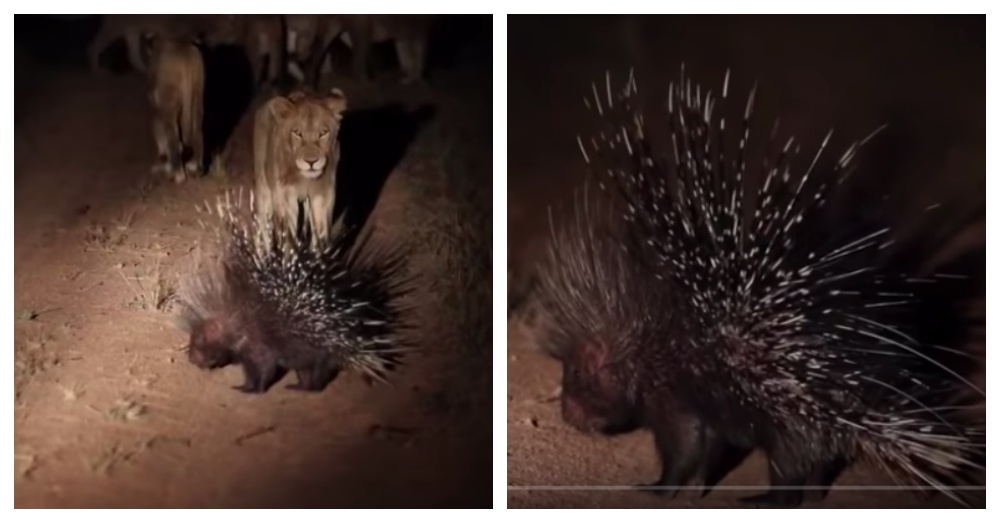 Take a look at the video to see this plucky porcupine in action!